It is a source of tremendous curiosity to me why music is as powerful an influence as it is.  Music has been hugely important in my own life, and remains so to this day.  I remember my parents telling me stories about my early childhood, including tales of when I couldn't have been more than about four years old and I clamored to be allowed to use the record player myself.  At first they were reluctant, but my insistence finally won the day.  They showed me how to handle the records carefully, operate the buttons to drop the needle onto the record, and put everything away when I was done.  There were records I played over and over again (that I wasn't discouraged is a testimony to my parents' patience and forbearance) -- and I never damaged a single one.  They were simply too important to me to handle roughly.

The transformative experience of music is universal to the human species.  A 43,000 year old carved bone was found in Slovenia that many think was one of the earliest musical instruments -- if this contention is correct, our drive to make music must be very old indeed. 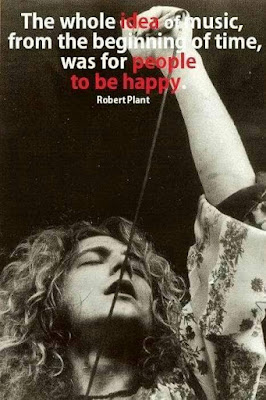 The neurological underpinning of our musical experience, however, has not been easy to elucidate.  Until recently, there was speculation that our affinity for music had something to do with the tonal-based expression of emotion in language, but that is still speculative.  And recently, three scientists in the Department of Brain and Cognitive Sciences at the Massachusetts Institute of Technology have shown that we have a dedicated module in our brains for experiencing and responding to music.

A team led by Sam Norman-Haignere did fMRIs of individuals who were listening to music, and others listening to a variety of other familiar sounds (including human speech).  They then compared the type of sound to the three-dimensional neural response pattern -- what the scientists call a voxel -- to see if they could find correlations between them.

The relationship turned out to be unmistakable.  They found that there were distinct firing patterns in regions of the brain that occurred only when the subject was listening to music -- and that it didn't matter what the style of music was.  Norman-Haignere said, "The sound of a solo drummer, whistling, pop songs, rap, almost everything that had a musical quality to it, melodic or rhythmic, would activate it.  That's one reason the results surprised us."

The organization of human auditory cortex remains unresolved, due in part to the small stimulus sets common to fMRI studies and the overlap of neural populations within voxels.  To address these challenges, we measured fMRI responses to 165 natural sounds and inferred canonical response profiles ("components") whose weighted combinations explained voxel responses throughout auditory cortex...  Anatomically, music and speech selectivity concentrated in distinct regions of non-primary auditory cortex...  [This research] identifies primary dimensions of response variation across natural sounds, revealing distinct cortical pathways for music and speech.

This study opens up a whole new approach to understanding why our auditory centers are structured the way they are, although it does still leave open the question of why music is so tremendously important across cultures. "Why do we have music?" study senior author Nancy Kanwisher said in an interview with the New York Times.  "Why do we enjoy it so much and want to dance when we hear it?  How early in development can we see this sensitivity to music, and is it tunable with experience?  These are the really cool first-order questions we can begin to address."

What I find the most curious about this is that the same region of the brain is firing in response to incredibly dissimilar inputs.  Consider, for example, the differences between a sitar solo, a Rossini aria, a Greydon Square rap, and a Bach harpsichord sonata.  Isn't it fascinating that we all have a part of the auditory cortex that responds to all of those -- regardless of our cultural background or musical preferences?

I find the whole thing tremendously interesting, and can only hope that the MIT team will continue their investigations.  I'm fascinated not only with the universality of musical appreciation, but the peculiar differences -- why, for example, I love Bach, Stravinsky, Shostakovich, and Vaughan Williams, but Chopin, Brahms, Mahler, and Schumann leave me completely cold.  Must be something about my voxels, I suppose -- but wouldn't it be cool to find out what it is?
****************************************
Last week's Skeptophilia book-of-the-week was about the ethical issues raised by gene modification; this week's is about the person who made CRISPR technology possible -- Nobel laureate Jennifer Doudna.
In The Code Breaker: Jennifer Doudna, Gene Editing, and the Future of the Human Race, author Walter Isaacson describes the discovery of how the bacterial enzyme complex called CRISPR-Cas9 can be used to edit genes of other species with pinpoint precision.  Doudna herself has been fascinated with scientific inquiry in general, and genetics in particular, since her father gave her a copy of The Double Helix and she was caught up in what Richard Feynman called "the joy of finding things out."  The story of how she and fellow laureate Emmanuelle Charpentier developed the technique that promises to revolutionize our ability to treat genetic disorders is a fascinating exploration of the drive to understand -- and a cautionary note about the responsibility of scientists to do their utmost to make certain their research is used ethically and responsibly.
If you like biographies, are interested in genetics, or both, check out The Code Breaker, and find out how far we've come into the science-fiction world of curing genetic disease, altering DNA, and creating "designer children," and keep in mind that whatever happens, this is only the beginning.
[Note: if you purchase this book using the image/link below, part of the proceeds goes to support Skeptophilia!]