There's a folk truism that goes, "Don't try to bullshit a bullshitter."

The implication is that people who exaggerate and/or lie routinely, either to get away with things or to create an overblown image of themselves, know the technique so well that they can always spot it in others.  This makes bullshitting a doubly attractive game; not only does it make you slick, impressing the gullible and allowing you to avoid responsibility, it makes you savvy and less likely to be suckered yourself.

Well, a study published this week in The British Journal of Social Psychology, conducted by Shane Littrell, Evan Risko, and Jonathan Fugelsang, has shown that like many folk truisms, this isn't true at all.

In fact, the research supports the opposite conclusion.  At least one variety of regular bullshitting leads to more likelihood of falling for bullshit from others. 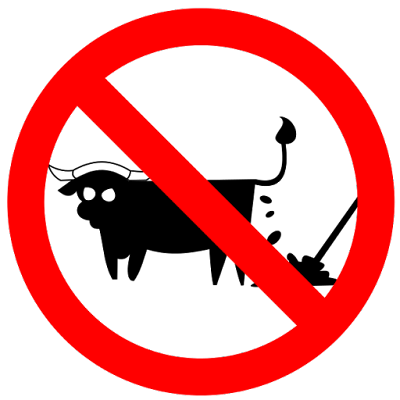 The researchers identified two main kinds of bullshitting, persuasive and evasive.  Persuasive bullshitters exaggerate or embellish their own accomplishments to impress others or fit in with their social group; evasive ones dance around the truth to avoid damaging their own reputations or the reputations of their friends.

Because of the positive shine bullshitting has with many, the researchers figured most people who engage either type wouldn't be shy about admitting it, so they used self-reporting to assess the bullshit levels and styles of the eight hundred participants.  They then gave each a more formal measure of cognitive ability, metacognitive insight, intellectual overconfidence, and reflective thinking, then a series of pseudo-profound and pseudoscientific statements mixed in with real profound and truthful statements, to see if they could tell them apart.

"We found that the more frequently someone engages in persuasive bullshitting, the more likely they are to be duped by various types of misleading information regardless of their cognitive ability, engagement in reflective thinking, or metacognitive skills," said study lead author Shane Littrell, of the University of Waterloo.  "Persuasive BSers seem to mistake superficial profoundness for actual profoundness.  So, if something simply sounds profound, truthful, or accurate to them that means it really is.  But evasive bullshitters were much better at making this distinction."
Which supports a contention that I've had for years; if you lie for long enough, you eventually lose touch with what the truth is.  The interesting fact that persuasive and evasive bullshitting aren't the same in this respect might be because evasive bullshitters engage in this behavior because they're highly sensitive to people's opinions, both of themselves and of others.  This would have the effect of making them more aware of what others are saying and doing, and becoming better at sussing out what people's real motives are -- and whether they're being truthful or not.  But persuasive bullshitters are so self-focused that they aren't paying much attention to what others say, so any subtleties that might clue them in to the fact they they're being bullshitted slip right by.
I don't know whether this is encouraging or not.  I'm not sure if the fact that it's easier to lie successfully to a liar is a point to celebrate by those of us who care about the truth.  But it does illustrate the fact that our common sense about our own behavior sometimes isn't very accurate.  As usual, approaching questions from a skeptical scientific angle is the best.
After all, no form of bullshit can withstand that.
****************************************
Last week's Skeptophilia book-of-the-week was about the ethical issues raised by gene modification; this week's is about the person who made CRISPR technology possible -- Nobel laureate Jennifer Doudna.
In The Code Breaker: Jennifer Doudna, Gene Editing, and the Future of the Human Race, author Walter Isaacson describes the discovery of how the bacterial enzyme complex called CRISPR-Cas9 can be used to edit genes of other species with pinpoint precision.  Doudna herself has been fascinated with scientific inquiry in general, and genetics in particular, since her father gave her a copy of The Double Helix and she was caught up in what Richard Feynman called "the joy of finding things out."  The story of how she and fellow laureate Emmanuelle Charpentier developed the technique that promises to revolutionize our ability to treat genetic disorders is a fascinating exploration of the drive to understand -- and a cautionary note about the responsibility of scientists to do their utmost to make certain their research is used ethically and responsibly.
If you like biographies, are interested in genetics, or both, check out The Code Breaker, and find out how far we've come into the science-fiction world of curing genetic disease, altering DNA, and creating "designer children," and keep in mind that whatever happens, this is only the beginning.
[Note: if you purchase this book using the image/link below, part of the proceeds goes to support Skeptophilia!]