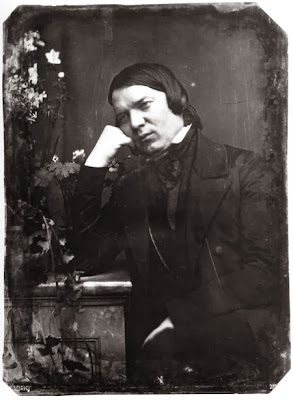 Having been an aficionado of stories of the paranormal since I was a teen -- which is, not to put too fine a point on it, a long time ago -- it's not often that I get to hear one that I didn't know about before.  Especially, given my love for music, one involving a famous composer.  So I thought this was an intriguing tale, and when I got home I decided to look into it, and see if there was more known about the mysterious piece and its scary connection to séances and ghosts.

A pity, really, because a good spooky story always adds something to a dark, melancholy piece of music.  I may have to go listen to Danse Macabre, The Drowned Cathedral, and Night on Bald Mountain, just to get myself back into the mood.
******************************************
Last week's Skeptophilia book-of-the-week, Simon Singh's The Code Book, prompted a reader to respond, "Yes, but have you read his book on Fermat's Last Theorem?"
In this book, Singh turns his considerable writing skill toward the fascinating story of Pierre de Fermat, the seventeenth-century French mathematician who -- amongst many other contributions -- touched off over three hundred years of controversy by writing that there were no integer solutions for the equation  an + bn = cn for any integer value of n greater than 2, then adding, "I have discovered a truly marvelous proof of this, which this margin is too narrow to contain," and proceeding to die before elaborating on what this "marvelous proof" might be.
The attempts to recreate Fermat's proof -- or at least find an equivalent one -- began with Fermat's contemporaries, Evariste de Gaulois, Marin Mersenne, Blaise Pascal, and John Wallis, and continued for the next three centuries to stump the greatest minds in mathematics.  It was finally proven that Fermat's conjecture was correct by Andrew Wiles in 1994.
Singh's book Fermat's Last Theorem: The Story of a Riddle that Confounded the World's Greatest Minds for 350 Years describes the hunt for a solution and the tapestry of personalities that took on the search -- ending with a tour-de-force paper by soft-spoken British mathematician Andrew Wiles.  It's a fascinating journey, as enjoyable for a curious layperson as it is for the mathematically inclined -- and in Singh's hands, makes for a story you will thoroughly enjoy.
[Note: if you purchase this book using the image/link below, part of the proceeds goes to support Skeptophilia!]