Letters from the home world

In choosing topics for this blog, I try not to have it simply devolve into taking random pot shots at crazies.  Loony ideas are a dime a dozen, and given the widespread access to computers that is now available, just about anyone who wants one can have a website.  Given these two facts, it's inevitable that wacky webpages grow like wildflowers on the fields of the internet.

When an alert reader brought this one to my attention, however, I just couldn't help myself.  Entitled "Did Humans Come From Another Planet?", it represents one of the best examples I've ever seen of adding up a bunch of facts and obtaining a wildly wrong answer.  The only ones who, in my experience, do this even better are the people who write for the Institute for Creation Research, and to be fair, they've had a lot longer to practice being completely batshit crazy, so it's only to be expected.

Anyhow, the contention of the "Did Humans Come From Another Planet?" people can be summed up by, "Yes. Duh."  We are clearly aliens, and I'm not just talking about such dubiously human individuals as Mitch McConnell.  All of us, the article claims, descend from an extraterrestrial race.  But how can we prove it?

Well, here's the argument, if I can dignify it with that term.
Now, take all of this, and add:
Mix well, and bake for one hour at 350 degrees.

The result, of course, is a lovely hash contending that we must come from a planet with a mild climate where we could run around naked all the time, not to mention a lower gravitational pull so we could just sort of bounce when we fall down, plenty of natural food to eat, and "no geomagnetic storms."  I'm not sure why the last one is important, but it did remind me of all of the "cosmic storms" that the folks in Lost in Space used to run into.  And they also came across lots of weird, quasi-human aliens, while they were out there wandering around.  So there you are. 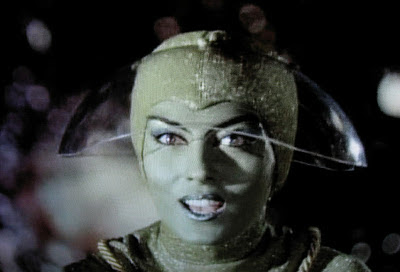 In any case, that's today's example of adding 2 + 2 and getting 439.  All of this just goes to show that even if you have access to a lot of factual information, not to mention the internet, you still need to know how to put that factual information together in order to get the right answer.  For that, you need science, not just a bunch of nutty beliefs, assumptions, and guesses.  So, as usual, science FTW. 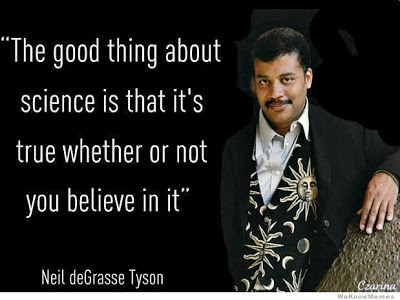 Which, of course, applies to a good many more situations than just this one, but as I've already given a nod to the Institute for Creation Research, I'll just end here.
**********************************************
Author and biochemist Camilla Pang was diagnosed with autism spectrum disorder at age eight, and spent most of her childhood baffled by the complexities and subtleties of human interactions.  She once asked her mother if there was an instruction manual on being human that she could read to make it easier.
Her mom said no, there was no instruction manual.
So years later, Pang recalled the incident and decided to write one.
The result, Explaining Humans: What Science Can Teach Us About Life, Love, and Relationships, is the best analysis of human behavior from a biological perspective since Desmond Morris's classic The Naked Ape.  If you're like me, you'll read Pang's book with a stunned smile on your face -- as she navigates through common, everyday behaviors we all engage in, but few of us stop to think about.
If you're interested in behavior or biology or simply agree with the Greek maxim "gnothi seauton" ("know yourself"), you need to put this book on your reading list.  It's absolutely outstanding.
[Note:  if you purchase this book using the image/link below, part of the proceeds goes to support Skeptophilia!]