Studies show the author of Skeptophilia is brilliant!

I would love it if some psychologist who studies the effect of media on people's beliefs would do a specific experiment, and then let me know the results.

The experiment I'd like done is to have a series of fake news articles that test subjects would read.  There would be two different kinds of articles -- ones in which the headline basically summarized what the text of the article said (as it should be), and ones in which the headline made a statement that was at odds with what the text of the article actually claimed.  Then, subjects would answer some questions, and see which had a greater impact in their memory -- the contents of the headline, or the contents of the article text.
I strongly suspect that when the text of an article and the headline conflict, it's the headline that will have the biggest effect on what readers remember.  It's the first thing they see; it's in bold print; and it gives a catchy, terse summary of what the story supposedly is about.  All of the details in the text, I think, are much more likely to be lost, misremembered, or ignored outright.
An interesting twist would be to ask the people who got the second set of articles -- the ones where the headline contradicted the content -- whether they even noticed.  My guess is a lot of people wouldn't.  I can't tell you how many times I've had someone post a comment or response to my blog that said, "Yes, but have you considered _____?", and it turns out what they wanted me to consider is something that I explicitly addressed in paragraph two.

This comes up because of an article sent to me by a friend, which was entitled "New Studies: ‘Conspiracy Theorists’ Sane, While Government Dupes Are Crazy and Hostile."  The story, which appeared in 21st Century Wire, is making a pretty bold claim -- that what the conspiracy theorists have been claiming all along is correct.  All of us skeptics, who have scoffed at Stop the Steal and Pizzagate and chemtrails and Illuminati and mind control and RFID chip implants in the COVID vaccine and evil Satanic Masonic rituals, are not only wrong, we are the crazy ones. 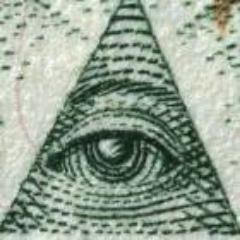 Naturally, I was pretty interested to read about this.

The first paragraph basically mirrored the headline, stating that "those labeled 'conspiracy theorists' appear to be saner than those who accept the official version of contested events."  Then, we hear about the first study:

The most recent study was published on July 8th by psychologists Michael J. Wood and Karen M. Douglas of the University of Kent (UK). Entitled “What about Building 7?  A social psychological study of online discussion of 9/11 conspiracy theories,” the study compared “conspiracist” (pro-conspiracy theory) and “conventionalist” (anti-conspiracy) comments at news websites.

The authors were surprised to discover that it is now more conventional to leave so-called conspiracist comments than conventionalist ones: “Of the 2174 comments collected, 1459 were coded as conspiracist and 715 as conventionalist.”  In other words, among people who comment on news articles, those who disbelieve government accounts of such events as 9/11 and the JFK assassination outnumber believers by more than two to one.  That means it is the pro-conspiracy commenters who are expressing what is now the conventional wisdom, while the anti-conspiracy commenters are becoming a small, beleaguered minority.

By this time, I was already bouncing up and down in my chair, yelling at my computer, "Just hang on a moment!  That doesn't support what the headline said at all!"  So we have double the number of conspiracist comments as conventional ones posted on news websites -- we're supposed to conclude from this that the conspiracists are more likely to be right?  Or even sane?  All it means is that conspiracist comments are common, which is hardly the same thing.

I don't think that the we can even conclude from this that the conspiracists themselves outnumber the "conventionalists."  For that, we'd need to make the further assumption that people of all beliefs are equally likely to post, which seems like a leap, considering what a rabid lot some of the conspiracy theorists seem to be.  Myself, I have a hard enough time bringing myself to read the comments section on controversial articles, much less post my own comments.

Then, we hear about the second "study:"

(T)hese findings are amplified in the new book Conspiracy Theory in America by political scientist Lance deHaven-Smith, published earlier this year by the University of Texas Press.  Professor deHaven-Smith explains why people don’t like being called “conspiracy theorists”:  The term was invented and put into wide circulation by the CIA to smear and defame people questioning the JFK assassination!  “The CIA’s campaign to popularize the term ‘conspiracy theory’ and make conspiracy belief a target of ridicule and hostility must be credited, unfortunately, with being one of the most successful propaganda initiatives of all time.”

In other words, people who use the terms “conspiracy theory” and “conspiracy theorist” as an insult are doing so as the result of a well-documented, undisputed, historically-real conspiracy by the CIA to cover up the JFK assassination.  That campaign, by the way, was completely illegal, and the CIA officers involved were criminals; the CIA is barred from all domestic activities, yet routinely breaks the law to conduct domestic operations ranging from propaganda to assassinations.

Then, we have an alleged conclusion from psychologist Laurie Manwell, of the University of Guelph, summarized as follows:

Psychologist Laurie Manwell of the University of Guelph agrees that the CIA-designed “conspiracy theory” label impedes cognitive function.  She points out, in an article published in American Behavioral Scientist (2010), that anti-conspiracy people are unable to think clearly about such apparent state crimes against democracy as 9/11 due to their inability to process information that conflicts with pre-existing belief.

So, I did a little digging on Manwell -- and as you might already be anticipating, the author of the article in 21st Century Wire is misrepresenting her, too.  Turns out Manwell thinks that laypeople of all stripes tend to ignore factual information, and pay more attention to claims that support what they already believed.  Take a look at what she wrote in a June 2007 paper, "Faulty Towers of Belief:"

Most laypersons would agree with research showing that attitudes influence a person's evaluation of a subject -- whether it be an idea or another person -- and that the stronger the attitude, the greater influence it will have in evoking a positive or a negative evaluation.  However, the types of reasoning processes that laypersons believe they use when evaluating information are not necessarily the processes that they actually use.  Research repeatedly shows that what people say they are doing, and what they are actually doing, are often two very different things...  Thus, in evaluating the events of 9/11, we need to keep in mind that there are many factors that influence our judgments, including previously formed attitudes and beliefs, many of which are resistant to change, and some of which we may not even be aware of at the time of evaluation.

So, the bottom line is that Manwell's contention is that we're all prone to confirmation bias, which is hardly the same thing as claiming that the conspiracy theorists are clear-eyed exponents of the truth, and the skeptics are dim-witted obstructionists.  And as far as who is entering the argument with more "previously formed attitudes and beliefs," might I just ask you to consider that question from the standpoint of contrasting David Icke and Alex Jones with, say, Sharon Hill, Rebecca Watson, and Simon Singh?

Oh, but don't let that stand in the way of your drawing the conclusion you'd already settled on.  Here's the last line of the article in 21st Century Wire:

No wonder the anti-conspiracy people are sounding more and more like a bunch of hostile, paranoid cranks.

Have you considered the possibility that we're cranky and hostile because we're getting really fucking tired of arguing with a bunch of people who appear to have spent way too much time playing on a pogo stick in a room with low ceilings?

Anyhow, there you have it.  Take some actual research, claim it supports the contentions you already had, then turn around and accuse your opponents of doing what you just did.  Craft a nice, inflammatory headline that basically says, "You Should Believe Me Because the People Who Disagree With Me Are Big Fat Liars," and call it good.

Chances are, the most your readers are going to remember is what you wrote is the headline, anyway, which gives me an idea.  Maybe I should start giving my posts headlines like "New Studies Show That You'll Have Good Luck If You Send Gordon Money."  It's worth a try, because attempting to become independently wealthy as a writer seems to be a losing proposition any other way.
*********************************************
I've been interested for a long while in creativity -- where it comes from, why different people choose different sorts of creative outlets, and where we find our inspiration.  Like a lot of people who are creative, I find my creative output -- and my confidence -- ebbs and flows.  I'll have periods where I'm writing every day and the ideas are coming hard and fast, and times when it seems like even opening up my work-in-progress is a depressing prospect.
Naturally, most of us would love to enhance the former and minimize the latter.  This is the topic of the wonderful book Think Like an Artist, by British author (and former director of the Tate Gallery) Will Gompertz.  He draws his examples mostly from the visual arts -- his main area of expertise -- but overtly states that the same principles of creativity apply equally well to musicians, writers, dancers, and all of the other kinds of creative humans out there.
And he also makes a powerful point that all of us are creative humans, provided we can get out of our own way.  People who (for example) would love to be able to draw but say they can't do it, Gompertz claims, need not to change their goals but to change their approach.
It's an inspiring book, and one which I will certainly return to the next time I'm in one of those creative dry spells.  And I highly recommend it to all of you who aspire to express yourself creatively -- even if you feel like you don't know how.
[Note: if you purchase this book using the image/link below, part of the proceeds goes to support Skeptophilia!]