In yet another blow to those of us who would dearly love to find incontrovertible evidence of extraterrestrial intelligence, the signal that the Breakthrough Listen project detected in 2019 and which seemed to be coming from Proxima Centauri (the nearest star to the Sun) turns out to be...
... not aliens.
The signal was certainly intriguing.  Proxima Centauri is not only close, at only 4.2 light years away, it is known to have a planet orbiting in the "Goldilocks Zone" -- not too hot, not too cold, juuuuuust right -- i.e., at the a distance that allows it to have liquid water on its surface.  The nature of the signal was curious in and of itself; it was at around 982 megahertz, and lasted for five months, giving the scientists at Breakthrough Listen a long time to study it.  "My first thought was that it must be interference, which I guess is a healthy attitude, to be skeptical," said Danny Price, an astronomer at the University of California - Berkeley.  "But after a while I started thinking, this is exactly the kind of signal we’re looking for."  After significant analysis, the signal -- BLC1 (Breakthrough Listen Candidate 1) -- was the first to pass all of the project's screening benchmarks.
When you have a bunch of hard-headed scientists saying, "Okay, maybe," to the rest of us extraterrestrial aficionados it seems tantamount to an outright admission. 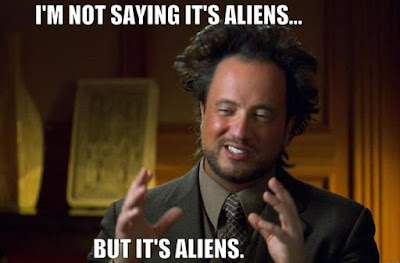 Sadly, though, our hopes were doomed to be dashed once again.  Turns out, BLC1 isn't from Proxima Centauri; it's a radio signal originating right here on Earth.  The Breakthrough Listen team found that the signal showed a frequency drift similar to that exhibited by inexpensive crystal oscillators commonly used in computers, phones, and radios.  The scientists suspect that it came from a malfunctioning or poorly-shielded piece of electronics, and the signal stopped when its owner either repaired it or shut it down entirely.
"It definitely had me wondering ‘what if?’ for a bit," said Sofia Sheikh, also of UC-Berkeley.  "Many groups assumed that if you had a detection that only showed up when you were pointed at the source, that was it, break out the champagne, you’re done.  As technology changes, the way we vet signals also has to change — and that hadn’t come together until BLC1."
Surprisingly, the scientists didn't appear to be as disappointed as us laypeople.  "It’s really valuable for us to have these dry runs," said Jason Wright, an astronomer at Pennsylvania State University.  "We need these candidate signals so we can learn how we will deal with them — how to prove they are extraterrestrial or human-made."
So what we need is a real-life Ellie Arroway to keep analyzing the data until we do find a signal that comes from extraterrestrial intelligence. 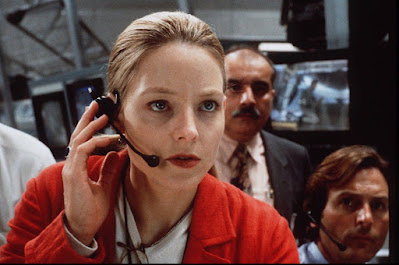