The least of these

A friend of mine quipped that Republicans are the party that believes your rights begin at conception and end at birth.

Yeah, I know, I know, "not all Republicans."  But looking at the behavior of the GOP elected officials, it's hard not to come to that conclusion.  Across the nation, they're known for eliminating programs to combat poverty, reducing jobless benefits, blocking mandates for life-saving vaccines, and cutting funding for education.  But if you needed more proof of how anti-life this party has become, look no further than the removal from the Texas child welfare website of a page offering resources to LGBTQ youth, specifically ways to cope with discrimination and avoid self-harm.

The removal was due to pressure from former state Senator Don Huffines, currently campaigning for the GOP nomination for governor.  As such, Huffines is doing his best to paint his opponent, current Governor Greg Abbott, as a closet liberal.  "These are not Texas values, these are not Republican party values, but these are obviously Greg Abbott’s values, that’s why we need a change, that’s what my campaign’s about," Huffines said.  "We aren’t surprised that state employees who are loyal to Greg Abbott had to scramble after we called their perverse actions out.  I promised Texans I would get rid of that website, and I kept that promise."

This makes me so angry I'm actually feeling nauseated.  LGBTQ youth face struggles that most cis-straight children never do.  A survey this year by the Trevor Project found that 42% of LGBTQ teenagers have "seriously considered suicide."  They are four times more likely to go through with it.  "State agencies know that LGBTQ+ kids are overrepresented in foster care and they know they face truly staggering discrimination and abuse," said Ricardo Martinez, CEO of Equality Texas.  "The state is responsible for these kids’ lives, yet it actively took away a resource for them when they are in crisis.  What’s worse, this was done at the start of Suicide Prevention and Awareness Month."

The most horrifying part of all this -- and there's a lot to choose from -- is that most of the people who support Huffines and others like him are self-professed devout Christians, who follow a guy who said, "Then [God] will say to those on his left, 'Depart from me, you who are cursed, into the eternal fire prepared for the devil and his angels.  For I was hungry and you gave me nothing to eat, I was thirsty and you gave me nothing to drink, I was a stranger and you did not invite me in,  I needed clothes and you did not clothe me, I was sick and in prison and you did not look after me.'  They also will answer, 'Lord, when did we see you hungry or thirsty or a stranger or needing clothes or sick or in prison, and did not help you?'  He will reply, 'Truly I tell you, whatever you did not do for one of the least of these, you did not do for me.'" 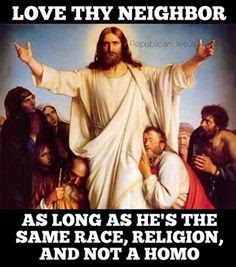 I know it's unlikely Huffines will ever read this, and if he did, it's even less likely it'd make any difference.  Huffines and his ilk revel in their reputations as callous, anti-humanitarian hardasses.  As Adam Serwer said, "the cruelty is the point."

But I don't know how anyone who claims to follow a compassionate God isn't sickened by bullshit like this.  So let me end with this: the Suicide Hotline is 1-800-273-8255.  If you're considering harming yourself, reach out -- there are people who can help.  You are not alone; a great many people have gone through this, and considered suicide, and understand where you are.  (I'm one of them.)

It is also probably worthwhile getting the hell out of Texas as soon as you can.

**********************************
During the first three centuries C.E., something remarkable happened; Rome went from a superpower, controlling much of Europe, the Middle East, and North Africa, to being a pair of weak, unstable fragments -- the Western and Eastern Roman Empires --torn by strife and internal squabbles, beset by invasions, with leaders for whom assassination was the most likely way to die.  (The year 238 C.E. is called "the year of six emperors" -- four were killed by their own guards, one hanged himself to avoid the same fate, and one died in battle.)
How could something like this happen?  The standard answer has usually been "the barbarians," groups such as the Goths, Vandals, Franks, Alans, and Huns who whittled away at the territory until there wasn't much left.  They played a role, there is no doubt of that; the Goths under their powerful leader Alaric actually sacked the city of Rome itself in the year 410.  But like with most historical events, the true answer is more complex -- and far more interesting.  In How Rome Fell, historian Adrian Goldsworthy shows how a variety of factors, including a succession of weak leaders, the growing power of the Roman army, and repeated epidemics took a nation that was thriving under emperors like Vespasian and Hadrian, finally descending into the chaos of the Dark Ages.
If you're a student of early history, you should read Goldsworthy's book.  It's fascinating -- and sobering -- to see how hard it is to maintain order in a society, and how easy it is to lose it.
[Note: if you purchase this book using the image/link below, part of the proceeds goes to support Skeptophilia!]