It's hard to describe why some particular lines of dialogue are memorable, any more than you could say "wow, those three notes in that symphony are brilliant!"  The dialogue itself only shows its excellence in the context that the author has set.  Nevertheless, there are passages of dialogue in books and stories that to me still stand out as absolute genius.

It's probably futile to try to explain why these particular passages leaped off the page for me, but I thought it might be a fun topic for this week's Fiction Friday to present here a few lines of dialogue that for me exemplify sheer, unadulterated brilliance in writing.  Each one of these sent a little shiver up my spine, and I thought: this is perfect.  See how many you recognize, and if you recognize them, whether you agree.  Feel free to add some of your favorites.  If nothing else, we'll all have a list of books to put on our winter reading list.

"Mother was always shoving me out into the world," Meg said.  "She'd want me to do this.  You know she would.  Tell her..." she started, choked, then held up her head and said, "No.  Never mind.  I'll tell her myself." -- Madeleine l'Engle, A Wrinkle in Time


"I am tired," he said.  "I did a lot today.  That is, I did something.  The only thing I have ever done.  I pressed a button.  It took the entire will power, the accumulated strength of my entire existence, to press one damned 'Off' button." -- Ursula LeGuin, The Lathe of Heaven


"Most people are not looking for provable truths.  As you said, truth is often accompanied by intense pain, and almost no one is looking for painful truths.  What people need is beautiful, comforting stories that make them feel as if their lives have some meaning." -- Haruki Murakami, 1Q84

"This belonged to my great-granddad," the sergeant said.  "He was in the battle we had against Pseudopolis and my great-gran gave him this book of prayer for soldiers, ‘cos you need all the prayers you can get, believe you me, and he stuck it in the top pocket of his jerkin, ‘cos he couldn’t afford armour, and next day in battle - whoosh, this arrow came out of nowhere, wham, straight into this book and it went all the way through to the last page before stopping, look, you can see the hole."
"Pretty miraculous," Captain Carrot agreed.
"Yeah, it was, I s’pose," said the sergeant.  He looked ruefully at the battered volume.  "Shame about the other seventeen arrows, really." -- Terry Pratchett, Jingo

"We will have peace, " said Théoden at last thickly and with an effort.  Several of the Riders cried out gladly.  Théoden held up his hand.  "Yes, we will have peace," he said, now in a clear voice, "we will have peace, when you and all of your works have perished -- and the works of your dark master to whom you would deliver us.  You are a liar, Saruman, and a corrupter of men's hearts.  You hold out your hand to me, and I perceive only a finger of the claw of Mordor.  Cruel and cold!  Even if your war on me was just -- as it was not, for were you ten times as wise you would have no right to rule me and mine for your own profit as you desired -- even so, what will you say of your torches in Westfold and the children that lie dead there?  And they hewed Háma's body before the gates of the Hornburg, after he was dead.  When you hang from a gibbet at your window for the sport of your own crows, I will have peace with you and Orthanc.  So much for the House of Eorl.  A lesser son of great sires am I, but I do not need to lick your fingers.  Turn elsewhither.  But I fear your voice has lost its charm." -- J. R. R. Tolkien, The Two Towers 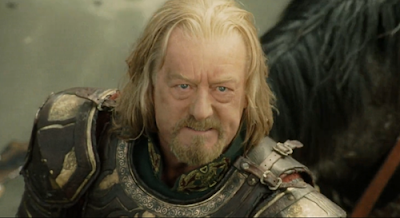 "You suggested that Hazel should tell them of our adventures, Blackberry, but it didn't go down well, did it?  Who wants to hear about brave deeds when he's ashamed of his own, and who likes an open, honest tale from someone he's deceiving?  Do you want me to go on?  I tell you, every single thing that's happened fits like a bee in a foxglove.  And kill them, you say, and help ourselves to the great burrow?  We shall help ourselves to a roof of bones, hung with shining wires.  Help ourselves to misery and death." -- Richard Adams, Watership Down


"In that face, deformed by hatred of philosophy, I saw for the first time the portrait of the Antichrist, who does not come from the tribe of Judas, as his heralds have it, or from a far country.  The Antichrist can be born from piety itself, from excessive love of God or of the truth, as the heretic is born from the saint and the possessed from the seer.  Fear prophets, Adso, and those prepared to die for the truth, for as a rule they make many others die with them, often before them, at times instead of them.  Jorge did a diabolical thing because he loved his truth so lewdly that he dared anything in order to destroy falsehood." -- Umberto Eco, The Name of the Rose 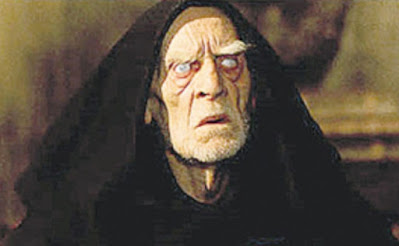 "I believe that I am mad," said Vertue presently.  "The world cannot be as it seems to me.  If there is something to go to, it is a bribe, and I cannot go to it; if I can go, then there is nothing to go to."

"Vertue," said John, "give in.  For once, yield to desire.  Have done with your choosing.  Want something."


"As for my gravestone?  I would like to borrow that great barber-pole from out front of the town shoppe, and have it run at midnight if you happened to drop by my mound to say hello.  And there the old barber-pole would be, lit, its bright ribbons twining up out of mystery, turning, and twining away up into further mysteries, forever.  And if you come to visit, leave an apple for the ghosts." -- Ray Bradbury, Something Wicked This Way Comes


"Yes," she said coldly.  "Better that they die here and now, if that's what has to happen, than that they go with you and live.  They -- we -- did some lousy things.  But the price is much too high." -- Stephen King, Needful Things

So there are a few of my favorites.  I'd love to hear yours!