If you needed another reason to be outraged at the direction the United States is going, a bill currently moving through the state congress of Florida -- and 100% supported by Governor DeSantis -- would not only prohibit teachers from mentioning anything about sexual orientation (their own or anyone else's), but would require them to out LGBTQ students to their parents.

Further support of journalist Adam Serwer's statement that with the GOP, the cruelty is the point.

Nicknamed the "Don't Say Gay" bill, Florida's House Bill 1557 initially was intended to prevent any discussion of queerness in the classroom -- up to and including teachers revealing, even in passing, that they are queer themselves.  So this would, in effect, prevent a gay teacher (for example) from mentioning his partner's name, or even having a photograph of the two of them on his desk.  So what happens when he's seen holding hands with his partner in public, and a student asks him point-blank, "Are you gay?"  Is he supposed to say, "I can't answer that?"  Or "None of your business?"

Joe Harding, a Republican (surprise!) in the state House of Representatives, proposed an amendment on Friday to the bill that made it even worse.  If the bill passes -- and it looks like it will -- teachers who find out a student is LGBTQ are required to tell the parents.  Schools would be compelled to "develop a plan, using all available governmental resources" to out children to their parents "through an open dialogue in a safe, supportive, and judgment-free environment that respects the parent-child relationship and protects the mental, emotional, and physical well-being of the student."

Originally there was a clause providing an exemption "if a reasonably prudent person would believe" that outing the student might cause "abuse, abandonment, or neglect," but Harding took that bit out.

The cruelty is the point.

I'm going to say this as plainly as I know how.  I doubt any Florida Republicans are listening, and even if they are, I doubt even more that they'd care,  but despite that:

No one ever, ever, ever has the right to out a person to anyone, except the person him/herself.  Ever. 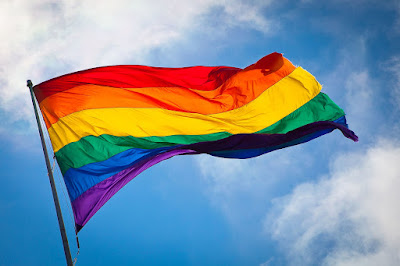 While I often have wished that I'd had the courage to come out as bisexual much earlier in my life, I can't even imagine what my life would have been like if one of my high school teachers had outed me to my parents without my consent.  I wouldn't have been physically abused; neither of my parents ever laid a hand on me.  However, I was already enduring so much emotional abuse that now, almost fifty years later, I'm still dealing with the damage.  I shudder to think of what my life would have been like if my conservative, traditional Roman Catholic parents had found out I was bi when I figured it out myself at age fifteen.

Even without this, I was already told enough times what a crashing disappointment I was.  Add this on...  Well, to put things in perspective, as it was I attempted suicide twice, ages seventeen and twenty.  That I didn't succeed was honestly just dumb luck.

Had someone told my parents I was bi?  I have little doubt that I wouldn't be here today.

Oh, and the clause that outs the kid in a "safe, supportive, and judgment-free environment that respects the parent-child relationship and protects the mental, emotional, and physical well-being of the student" is unadulterated bullshit.  I can vouch for this from my own experience.  No one -- no one -- knew about my suicide attempts.  Not family members, not friends, not teachers.  From the outside, my parents looked like they were straight out of The Brady Bunch.  My mom, especially, was very good at being a chameleon, and the way she treated me in public was 180 degrees from the way she treated me at home.  There is no way that anyone would have known that I wasn't in an environment that supported my mental, emotional, and physical well-being.

Once again, let me put this plainly: teachers don't know what students' home life is like.  Not even if they've met the parents, not even if they've talked to the student.  And I can say with complete assurance that if I were a teacher in Florida, they would have to fire me, because no way in hell would I comply with the proposed law.  Putting teachers -- even well-meaning ones -- in charge of revealing a student's sexual orientation isn't just irresponsible, it's actively dangerous.  Queer teenagers already have a four times higher risk of self-harm or suicide than straight teens do; this bill, if it passes, will make it much, much worse.

But I suspect that won't make a difference.

The cruelty is the point.

The only thing that might stop this is if people in Florida contact their representatives and senators and say, "No.  This is unacceptable."  It's all well and good to say, "The blood of every queer teen in Florida who comes to harm after this is on your hands," but by that time, it's too fucking late.  This bill needs to be stopped, and it needs to be stopped now.  Somehow, the most unfeeling, unkind, bigoted people have become the ones who are making the laws, and while there's no easy way to get them out of office until the next election, they sure as hell can get buried by angry letters and emails.

Lives are at stake, here.