A friend of mine has been suffering from benign paroxysmal positional vertigo.  It sounds worse than it is; the "benign" part is important.  It rarely ever leads to complications, usually goes away untreated, and the biggest danger from it is losing your balance and falling.
The symptoms, however, are no fun.  Without warning, the room seems to spin, and she loses all sense of which direction is up.  The dizziness usually is gone in under a half-hour, but while it's happening it's profoundly disorienting.  The most curious symptom -- and why I started with this today -- is that when she's in the middle of an episode, she loses hand/eye coordination.
"I reach for something," she told me, "and the place my hand goes is several inches to one side or the other of the object I'm reaching for.  It's like my vision and my brain become misaligned somehow." 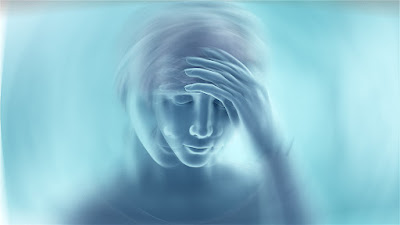 [Image licensed under the Creative Commons http://www.scientificanimations.com, 3D still showing Vertigo, CC BY-SA 4.0]
I thought of her unpleasant plight when I ran across some new research out of New York University about how we focus our eyes on what we're reaching for.  In sighted people, this usually happens so quickly and fluidly that we're not even aware of what's happening.  It's only when something goes wrong -- as in my friend's BPPV -- that we notice how important that ability is, and how hard it is to make it work when some piece of the system has gone awry.
Both our ability to focus on an object, and our ability to do depth perception, have a lot to do with triangulation.  People with reasonably good sight in both eyes figure out where a nearby object is by sight-lining.  Picture a straight line coming out of the pupil of each eye and aiming toward the object you're looking at.  The brain determines that the place where those two lines cross is where the object is, and that initiates a series of coordinated muscle contractions if we're then going to reach toward it.  (To see how your eye muscles do this, raise one finger at arm's length, and then gradually bring the finger toward your face while staying focused on it.  Your eyes will progressively turn inward, at least until they reach the limit of their ability to do so, at which point the image of the finger becomes blurry.)
When this system is confounded, the results are weird.  Remember those "3-D" drawings that were so popular a while back?  They relied on your eyes becoming unfocused (i.e., not triangulating toward a point on the surface of the drawing), and the lines and colors shift as your brain tries to make sense of what it's seeing.  If you concentrate on looking past the page, at one point the patterns on the drawing merge in such a way that an apparently three-dimensional image pops out.  Go back to triangulating on the drawing itself, and the illusion vanishes.
The recent research, conducted by neurologists Bijan Pesaran and Maureen Hagan, found that our ability to focus, as simple as it seems, is the result of a tightly-orchestrated and complex sequence of events in the brain.  There is an inhibitory effect on the parietal saccade region of the brain, with the effect of suppressing the little, jittery eye movements called saccades that we have going at other times.  This allows for gaze anchoring, the "locked on target" phenomenon, where our perception of the object remains stable.  During that time, the relevant brain regions are producing beta waves (waves of neural firing at between fifteen and twenty-five Hertz) for as long as our gaze is locked.  At that point, the motor cortex and cerebellum interact to initiate muscle movements in the arm, allowing for reaching toward the target object with accuracy.  Even a small movement of the eyes during the gaze-anchoring period causes us to lose that accuracy -- just as it did this morning when I was putting coffee into the grinder this morning, got momentarily distracted by my dog, and dumped half the beans onto the counter.
And, of course, this explains my friend's peculiar symptoms.  If your sense of balance is disturbed, as in BPPV, you lose the ability to keep your eyes locked on target, and your brain starts to misinterpret what you're seeing.  So when your arm is launched toward the object, your aim is off.
I find it endlessly amazing how much complex coordination in the brain is necessary to accomplish tasks that, under normal conditions, we take so much for granted we're not even aware of them.  The more I learn about this, the more thankful I am that most of the time, these systems work pretty well.  All it takes is a small disturbance to throw you off completely -- making an activity you used to do fluidly and automatically damn near impossible.