I suspect that many of my readers will resonate with my desire to fritter away less time on social media.

I don't mean the actual "social" part of social media.  I have friends whom I seldom if ever get to see, and especially since the pandemic started, visiting online is about my only opportunity.  I greatly value those conversations.  What I'm referring to is the aimless scrolling, looking for new content, any new content.  Trying to find a distraction even though I know that a dozen other things, from listening to some music, to playing with my dogs, to going for a run -- even weeding the garden -- will leave me feeling better.

But -- once again, as I'm sure many of you can attest -- it can be exceedingly hard to say "enough" and close the app.  It was one thing when your connectivity had to be via a desktop or laptop computer; but now that just about all of us (even me, Luddite though I am) are carrying around our social media addiction in our pockets, it's way too easy to say "just a few more minutes" and drop back into the world of scrolling. 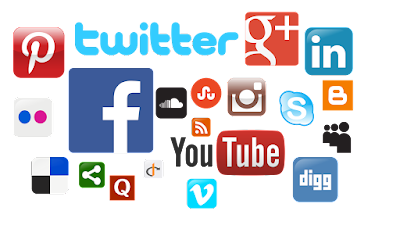 One effect I've noticed it's had on me is a shortening of my attention span.  Something has to be absolutely immersive to keep my attention for over five minutes.  Two of my favorite YouTube science channels, the wonderful Veratasium and physicist Sabine Hossenfelder's awesome Science Without the Gobbledygook, have videos that average at about ten to twelve minutes long, and man... sometimes that is a struggle, however fascinating the topic.

I don't like this trend.  I won't say I've ever had the best of focus -- distractions and my wandering mind have been issues since I was in grade school -- but social media have made it considerably worse.  Frequently I think about how addicted I am to scrolling, and it's a real cause of worry.

But then I start scrolling again and forget all about it.

That last bit was the subject of a study from the University of Washington that was presented last month at the CHI Conference on Human Factors in Computing Systems.  In, "'I Don’t Even Remember What I Read': How Design Influences Dissociation on Social Media," a team led by Amanda Baughan looked at how social media apps are actually designed to have this exact effect -- and that although we frequently call it an addiction, it is more accurately described as dissociation.

"Dissociation is defined by being completely absorbed in whatever it is you're doing," Baughan said, in an interview with Science Daily.  "But people only realize that they've dissociated in hindsight.  So once you exit dissociation there's sometimes this feeling of: 'How did I get here?'  It's like when people on social media realize: 'Oh my gosh, how did thirty minutes go by?  I just meant to check one notification.'"
Which is spot-on.  Even the title is a bullseye; after a half-hour on Twitter, I'd virtually always be hard-pressed to tell you the content of more than one or two of the tweets I looked at.  The time slips by, and it feels very much like I glance up at the clock, and three hours are gone without my having anything at all to show for it.
It always reminds me of a quote from C. S. Lewis's The Screwtape Letters.  While I (obviously) don't buy into the theology, his analysis of time-wasting by the arch-demon Screwtape is scarily accurate:

As this condition becomes more fully established, you will be gradually freed from the tiresome business of providing Pleasures as temptations.  As the uneasiness and his reluctance to face it cut him off more and more from all real happiness, and as habit renders the pleasures of vanity and excitement and flippancy at once less pleasant and harder to forgo (for that is what habit fortunately does to a pleasure) you will find that anything or nothing is sufficient to attract his wandering attention.  You no longer need a good book, which he really likes, to keep him from his prayers or his work or his sleep; a column of advertisements in yesterday’s paper will do.  You can make him waste his time not only in conversation he enjoys with people whom he likes, but in conversations with those he cares nothing about on subjects that bore him.  You can make him do nothing at all for long periods.  You can keep him up late at night, not roistering, but staring at a dead fire in a cold room.  All the healthy and outgoing activities which we want him to avoid can be inhibited and nothing given in return, so that at last he may say, as one of my own patients said on his arrival down here [in hell], "I now see that I spent most of my life in doing neither what I ought nor what I liked."

That last line, especially, is a fair knockout, and it kind of makes me suspicious that social media may have been developed down in hell after all.

Baughan, however, says maybe we shouldn't be so hard on ourselves.  "I think people experience a lot of shame around social media use," she said.  "One of the things I like about this framing of 'dissociation' rather than 'addiction' is that it changes the narrative.  Instead of: 'I should be able to have more self-control,' it's more like: 'We all naturally dissociate in many ways throughout our day -- whether it's daydreaming or scrolling through Instagram, we stop paying attention to what's happening around us.'"

Even so, for a lot of us, it gets kind of obsessive at times.  It's worse when I'm anxious or depressed, when I crave a distraction not only from unpleasant external circumstances but from the workings of my own brain.  And it's problematic that when that occurs, the combination of depression and social media create a feedback loop that keeps me from seeking out activities -- which sometimes just means turning off the computer and doing something, anything, different -- that will actually shake me out of my low mood.

But she's right that shaming ourselves isn't productive, either.  Maybe a lot of us could benefit by some moderation in our screen time, but self-flagellation doesn't accomplish anything.  I'm not going to give up on social media entirely -- like I said, without it I would lose touch with too many contacts I value -- but setting myself some stricter time limits is probably a good idea.

And now that you've read this, maybe it's time for you to shut off the device, too.  What are you going to do instead?  I think I'll go for a run.

Posted by Gordon Bonnet at 5:20 AM