The illusion of cynicism

"All politicians are liars."
"I don't trust anyone."
"You have to watch your back constantly."
"Nothing you read in media is true."
When I taught Critical Thinking -- one of my favorite classes to teach -- I found that it was much harder to counteract cynicism than it was gullibility.  Just about everyone knows that gullibility is a mistake; if you "fall for anything," or "believe whatever's told to you," you are automatically considered to be less smart or less sophisticated (at least by people who aren't gullible themselves).  Many of my students thought that the primary reason to learn critical thinking strategies was to make themselves less likely to get suckered by lies and half-truths.
This is itself half true.  As I told my classes, cynicism is exactly as lazy as gullibility.  Disbelieving everything without consideration is no wiser than believing everything without consideration.  It's why I hate the use of the word "skeptic" to mean doubter.  A true skeptic believes what the evidence supports.  The people who disbelieve in anthropogenic climate change, for example, aren't skeptics; they're rejecting the evidence collected over decades, and the theories that have passed the rigors of peer review to become accepted by 97% of the scientific establishment.
But somehow, cynicism has gained a veneer of respectability, as if there's something brave or smart or noble about having the sour attitude that no one and nothing can be trusted.  This was the subject of a paper that appeared in the journal Personality and Social Psychology Bulletin last week, called "The Cynical Genius Illusion: Exploring and Debunking Lay Beliefs About Cynicism and Competence."  The authors, Olga Stavrova of Tilburg University and Daniel Ehlebracht of the University of Cologne, studied a huge amount of data, and found that the public tends to think cynics and scoffers are smarter than average -- but on actual tests of intelligence, people identified as cynics tend to perform more poorly.  The authors write:

Cynicism refers to a negative appraisal of human nature—a belief that self-interest is the ultimate motive guiding human behavior.  We explored laypersons’ beliefs about cynicism and competence and to what extent these beliefs correspond to reality.  Four studies showed that laypeople tend to believe in cynical individuals’ cognitive superiority.  A further three studies based on the data of about 200,000 individuals from 30 countries debunked these lay beliefs as illusionary by revealing that cynical (vs. less cynical) individuals generally do worse on cognitive ability and academic competency tasks.  Cross-cultural analyses showed that competent individuals held contingent attitudes and endorsed cynicism only if it was warranted in a given sociocultural environment.  Less competent individuals embraced cynicism unconditionally, suggesting that—at low levels of competence—holding a cynical worldview might represent an adaptive default strategy to avoid the potential costs of falling prey to others’ cunning.

So a strategy that might have come about because of a desire to avoid being hoodwinked morphs into the conviction that everyone is trying to hoodwink you.  While I understand why someone would want to avoid the former, especially if (s)he's fallen prey in the past, assuming everyone is out to get you is not only the lazy way out, it's factually wrong. 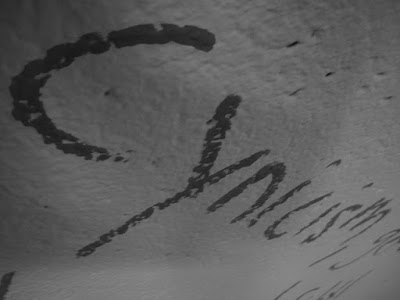 You know, I think that's one of the most important things I've learned from all the traveling I've done; that everywhere you go, there are good people and bad, kind people and unkind, and that regardless of differences of culture the vast majority of us want the same things -- food, shelter, security, love, safety for our families and friends, the freedom to voice our opinions without fear of repercussions.  The number of people I've run into who really, honestly had ill intent toward me (or toward anyone) were extremely few.

I'll admit, though, that maintaining a healthy, balanced skepticism is hard at times, especially given the polarization of the media lately.  We are very seldom presented with a fair assessment of what's happening, especially insofar as what the opposite side is doing.  Much of the media is devoted to whipping up hatred and distrust of the "other" -- convincing listeners/readers that the opposite party, the other religion(s), the other races or ethnic groups, are unequivocally bad.  Presenting the more complex, nuanced view that there are a few horrible people in every group but that most people are on balance pretty okay, takes a lot more work -- and doesn't attract sponsorship from the corporations who are profiting off the fear, panic, and anger.

It's nice that the Stavrova and Ehlebracht paper supports what I've been claiming for years.  And I'd like to ask you to make a practice of this -- setting aside your preconceived notions and what you've heard from the media, simply looking at the facts and evidence rather than the spin.  I think you'll find that the world is neither the Pollyanna paradise that the gullible believe nor the horrid hellscape in the cynics' minds, but somewhere in that wide middle ground.

And that honestly, it's a much better place to live than either extreme.