I've always had a fascination for words, ever since I was little.  My becoming a writer was hardly in question from the start.  And when I found out that because of the rather byzantine rules governing teacher certification at the time, I could earn my permanent certification in biology with a master's degree in linguistics, I jumped into it with wild abandon.  (Okay, I know that's kind of strange; and for those of you who are therefore worried about how I could have been qualified to teach science classes, allow me to point out that I also have enough graduate credit hours to equal a master's degree in biology, although I never went through the degree program itself.) 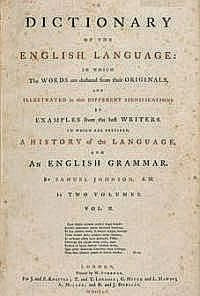 [Image is in the Public Domain]
All of this is just by way of saying that I am always interested in research regarding how words are used.  And just yesterday, I ran across a set of data collected by some Dutch linguists a while back regarding word recognition in several languages (including English) -- and when they looked at gender differences, an interesting pattern emerged.

From the data, they compiled a list of the twelve words that men got wrong more frequently than women. They were:
Then, there were the ones women got wrong more frequently than men:
There are a lot of things that are fascinating about these lists. The female-skewed words are largely about clothes, flowers, and cooking; the male-skewed words about machines and weapons.  (Although I have to say that I have a hard time imagining that anyone wouldn't recognize the definition of tresses and scimitar.)

It's easy to read too much into this, of course.  Even the two words with the biggest gender-based differences (taffeta and codec) were still correctly identified by 43 and 48% of the male and female respondents, respectively.  (Although I will admit that one of the "male" words -- codec -- is the only one on either list that I wouldn't have been able to make a decent guess at.  It means "a device that compresses data to allow faster transmission," and I honestly don't think I've ever heard it used.)

I was also interested in another bit of this study, which is the words that almost no one knew.  Their surveys found that the least-known nouns in the study were the following twenty words.  See how many of these you know:
As you might expect, I didn't do so well with these.  There are three I knew because they are biology-related (chaulmoogra, cacomistle, and dasyure); one I got because of my weather-obsession (simoom); one I got because my dad was a rockhound (stibnite); and one I got because of my degree in linguistics (futhorc -- and see, the MA did come in handy!).  The rest I didn't even have a guess about.  (I did look up genipap because it sounds like some kind of STD, and it turns out to be "a tropical American tree with edible orange fruit and useful timber.")

I'm not entirely sure what all this tells us, other than what we started with, which is that words are interesting.  That, and I definitely think you should make sure you have the opportunity to work into your ordinary speech the words brummagem (cheap, showy, counterfeit), smaragd (another name for an emerald), and pyknic (fat, stout, of stocky build).
Although admittedly, I'm probably not the person you should be going to for advice on how to converse normally.