So once again, a member of the extreme evangelical fringe of Christianity has launched a campaign against our taking pleasure in something which we are biologically hard-wired to find pleasant.

Here's a direct quote, in case you think I am making this up:

Notwithstanding the fact that if this were true, the millions of teenage boys worldwide would be keeping the sex demons busy 24/7, Major seems convinced that by engaging in what my dad referred to as "shaking hands with the unemployed" you are writing yourself a one-way express ticket to hell.
Presumably with the other hand.

Many of you who are reading this have sex toys in your possession right now.  And whether you want to accept it as fact or not: those sex toys are an open portal between the demonic realm and your own life.  As long as you have those sex toys in your home, you have a doorway that can allow demons to not only access your life at will, but also to torment you, hinder and destroy certain parts of your life as it relates to sex and your relationships.

Which highlights yet again my disagreement with the devoutly religious over the definition of the word "fact."

Besides the scary sex demons, it turns out that pleasuring yourself can also cause volcanic eruptions, and he's not using that in its justifiable metaphorical sense.  He means literal volcanic eruptions.  He tells us all about the pornographic scenes found on the walls of Pompeii, many of which involved the god Priapus, who was depicted as a naked dude with an enormous hard-on.  And he links that directly to what happened:

He [Priapus] was really popular in the ancient city of Pompeii…  The walls of many of the homes and palaces were painted with detailed frescos of very graphic pornographic sexual scenes…  Keep in mind that Pompeii was suddenly destroyed and thousands of lives were wiped out in an instant. 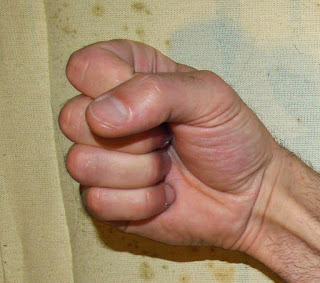 My main reaction to all this is that I feel cheated.  I have never once been visited by a sex demon.  I mean, what the hell, sex demons?  What's the problem, here?  Am I not good enough?  I'm giving it my all, over here.  It's enough to make a guy feel a little inadequate.

Don't I wish.  Manifest away, spirit realm.  Hey, I'm bi, so there's twice the manifestations I'd be perfectly happy with.  Either Jenna Coleman or Liam Hemsworth, for example, would do just fine.