The smell of friendship

A topic I covered in my intro to biology classes was the phenomenon of pheromones.

A pheromone is a chemical secreted by one individual that causes a behavioral change in another member of the same species.  There's a great variety -- sex pheromones (which causes the behavior you see in male dogs when a female dog goes into heat), alarm pheromones (such as the "attack" chemical released by killer bees that causes swarming), territorial pheromones (such as urine marking in wolves), and so on.  They're biochemical signals; much the way hormones signal between organs, pheromones signal between organisms.

This inevitably led to the question, "Do humans have pheromones?"  The answer is, "Probably, but it's hard to demonstrate conclusively."  Certainly, the "pheromonal" perfumes and colognes you've probably seen ads for are ripoffs; there is no evidence that there's anything you could add to a perfume that would act as an aphrodisiac.  (For some reason, I've mostly seen ads for this stuff in science magazines.  Maybe they think we nerds need all the help we can get in the romance department, I dunno.)

One of my AP Biology students years ago got interested in the topic of attractant pheromones, and designed a clever experiment to see if he could detect an effect in humans.  He had a bunch of volunteers agree to the following protocol: (1) shower first thing in the morning; (2) use odorless soap, shampoo, and deodorant, and don't put on any scented products; (3) don't eat any food that could change your body odor, such as garlic, curry, or asparagus; and (4) wear a plain white t-shirt (provided by the researcher) for an entire day, then seal it in a ziplock bag at the end of the day.  He then took the collected t-shirts (I think there were about twenty in all) and got a bunch of students to smell them, and rank them best-to-worst for odor. 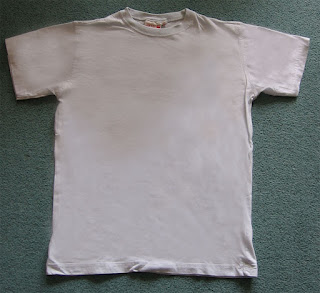 The results were pretty interesting.  There was a tendency for people to rank higher t-shirts that had been worn by volunteers of their preferred gender.  (There weren't any bisexuals in the test sample; maybe we think everyone smells good, I dunno.)  The most interesting part was that between the t-shirt wearing group and the t-shirt smelling group, there were a couple of pairs of siblings -- and they ranked their siblings as smelling terrible!

Curious results, which I was immediately reminded of when I stumbled on some research out of the Weizmann Institute of Science in Israel which showed there might be a pheromonal aspect not only of sexual attraction, but of friendship.

The procedure they followed was remarkably similar to my student's, if considerably more rigorous and technical.  They recruited twenty pairs of people who reported that they were friends, and further, had "clicked immediately" -- a phenomenon I think we can all relate to.  (It's equally common to meet someone you dislike immediately -- but that'd have been a lot harder to study.)  They then did a similar t-shirt wearing protocol, but at the end of the day, instead of having someone smell it, they used an electronic volatile chemical analyzer to determine what odor-carrying substances there might be in the shirts.

What they found was that the chemistry of the sweat left behind in the t-shirts was remarkably similar between people who were friends.  Further -- and even wilder -- they then had the volunteers pair up with same-sex strangers from the research group, eventually testing all possible same-sex pairings, and had them stand in close proximity for two minutes (in silence).  They then were asked to rank the person from 1 to 100 in terms of how comfortable they were, whether they felt a connection, and whether they'd be interested in meeting the person again.

Across the board, the more similar the pair's sweat chemistry, the higher the rankings were.  "The finding that it could predict clicking by body odor similarity alone—this was really cool," said study co-author Inval Ravreby.  "We were really excited to find this."

The researchers did admit that the effect was small (although statistically significant) and there was a lot of overlap in the data, but the fact that there's a trend at all is pretty amazing.  Human behavior is complex and multifaceted, and it's amazing how much of it is due to subliminal cues.  Despite our generally high opinions of our species, we're still animals -- and we interact with each other not only in human-specific ways but in the more instinctual ways other animals use.

Now, I'm not suggesting that you should try to find friends by walking up and sniffing people.  But maybe that feeling of an instant connection we sometimes have is more due to our sense of smell than it is any kind of cognitive assessment.

Think of that the next time you're having lunch with your best friend.