Give me a break

A while back I wrote a piece about the Mandela Effect, which is the idea that when you remember some major event differently than other people, it's not because your memory is wrong, it's because you have side-slipped here from an alternate universe where the version you remember actually happened.  The phenomenon gets its name from the fact that a lot of people "remember" that Nelson Mandela died in jail decades ago, not peacefully in his home in Johannesburg in 2013.  These same folks are the ones who make an enormous deal over "remembering" that the Berenstain Bears -- the annoyingly moralistic cartoon characters who preach such eternal truths as Be Nice To Your Siblings Even When You Feel Like Punching The Shit Out Of Them and Your Parents Are Always Right About Everything and Pay Attention In School Or Else You Are Bad -- were originally the Berenstein Bears (with an "e" instead of an "a"). 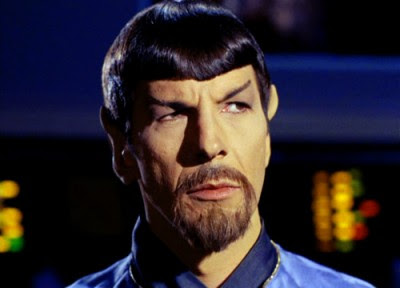 But the Mandela Effect isn't going away, despite the fact that if you believe it you're basically saying that your memory is 100% accurate, all of the time, and that you have never misremembered anything in your life.  The whole thing has become immensely popular to "study" -- although what there is there to study, I don't know.  Witness the fact that there is now a subreddit (/r/MandelaEffect) with almost thirty thousand subscribers.

The most recent thing to be brought to light by this cadre of timeline-jumpers has to do with the "Kit Kat" candy bar.  Apparently many people recall the name from their childhood as being "Kit Kats" (with an "s"), even though that doesn't really work with the candy's irritating ear-worm of a jingle, "Give me a break, give me a break, break me off a piece of that Kit Kat bar."  So once again, it's more likely that you're in an alternate universe than you just aren't recalling the name of a candy bar correctly.  And now we have someone who has proposed an explanation as to why all of this is happening.

The Mandela Effect is caused by...

Yes, CERN, the world's largest particle accelerator, home of the Large Hadron Collider, which became justly famous for not creating a black hole and destroying the Earth when it was fired up a few years ago.  CERN has been the target of woo-woo silliness before now; back in 2009, projects had to be sidelined for months while the mechanism was repaired after a seagull dropped a piece of a baguette onto some electrical wires and caused a short, and the woo-woos decided that the seagull had been sent back in time to destroy the LHC before it blew up the entire universe.

So I guess there's no end to what CERN can do, up to and including vaporizing specific letters off of candy bar wrappers.  But you know, if CERN can alter our timeline, don't you think there's more important stuff that it could accomplish besides changing the spellings of candy bars and cartoon bears?  If I could alter the past, first thing I'd do is go back in time and hand Tucker Carlson's father a condom.

But I might be a little biased in that regard.

What baffles me about all of this is that not only is there abundant evidence that human memory is plastic and fallible, but just from our own experience you'd think there would be hundreds of examples where we'd clearly recalled things incorrectly.  The fact that these people have to invent an "effect" that involves alternate universes to support why they're always right takes hubris to the level of an art form.

So anyway. I'm not too worried about the possibility of my having side-slipped from another timeline where I'm a world-famous author whose novels regularly rocket to the top of the New York Times Bestseller List.  I'm more concerned at the moment over how the hell I'm going to get the "Kit Kat" jingle out of my head, because that thing is really fucking annoying.
****************************************