In James Burke's brilliant series The Day the Universe Changed, there's a line that never fails to shock me when I think about it, but which goes by so quickly you might miss it if you're not paying attention.  (This is typical of Burke -- I've heard his deservedly famous series Connections as being like "watching a pinball game on fast-forward.")
The line comes up at the beginning of the last episode, "Worlds Without End," in which he's giving a quick summary of humankind's progression through technology.  He says, "In the fifteenth century, the invention of the printing press took our memories away."
Recording our knowledge in some kind of semi-permanent fashion is at odds with our need to keep anything important in memory.  I'm riffing on that concept in my current work-in-progress, The Scattering Winds, which is about a post-apocalyptic world in which some parts of society in what is now the United States have gone back to being non-literate.  All of the knowledge of the culture is entrusted to the mind of one person -- the Keeper of the Word -- whose sacred task it is to remember all lore, language, music, and history.
Then... because of a refugee from another place -- the apprentice to the Keeper learns about written language, and acquires the rudiments of reading, then goes in search of any books that might have survived the disasters and plagues that ended the world as we know it.  He realizes that this (re)discovery will end the vocation he's studied his whole life for, but the lure of lost knowledge is too powerful to resist even so.
He knows that in a very real sense, the rediscovery of written language will take his memory away.
The internet, of course, has only deepened the scope of the problem.  A few years ago, I had a student who had what seemed to me a weird approach to figuring things out.  When presented with a question he didn't know the answer to, his immediate response was to pull out his school-issued iPad and Google it.  Often, he didn't even give his brain a chance to wrestle with the question; if the answer wasn't immediately obvious, out came the electronics.
"What have you learned by doing that?" I recall asking him, trying to keep the frustration out of my voice.

"I got the right answer," he said.

"But the answer isn't the point!"  Okay, at that point my frustration was pretty clear.

I think the issue I had with this student comes from two sources.  One is the education system's unfortunate emphasis on Getting The Right Answer -- that if you have The Right Answer on your paper, it doesn't matter how you got it, or whether you really understand how to get there.  But the other is our increasing reliance on what amounts to external memory.  When we don't know something, the ease and accessibility of answers online makes us default to that, rather than taking the time to search our own memories for the answer. 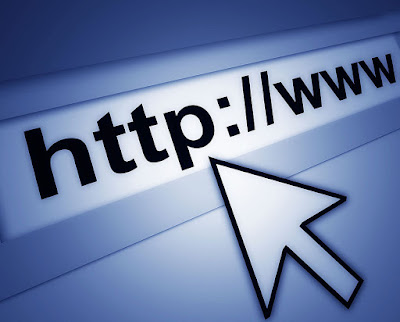 The loss of our own facility for recall because of the external storage of information was the subject of a study in the journal Memory.  Called "Cognitive Offloading: How the Internet is Increasingly Taking Over Human Memory," the study, by cognitive psychologists Benjamin Storm, Sean Stone, and Aaron Benjamin, looked at how people approach the recall of information, and found that once someone has started relying on the internet, it becomes the go-to source, superseding one's own memory:

This certainly mirrors my experience with my students.  Not all of them were as hooked to their electronics as the young man in my earlier anecdote, but it is more and more common for students to bypass thinking altogether and jump straight to Google.

"Memory is changing," lead author Storm said.  "Our research shows that as we use the Internet to support and extend our memory we become more reliant on it.  Whereas before we might have tried to recall something on our own, now we don't bother.  As more information becomes available via smartphones and other devices, we become progressively more reliant on it in our daily lives."

What concerns me is something that the researchers say was outside the scope of their research; what effect this might have on our own cognitive processes.  It's one thing if the internet becomes our default, but that our memories are still there, unaltered, should the Almighty Google not be available.  It's entirely another if our continual reliance on external "offloaded" memory ultimately weakens our own ability to process, store, and recall.  It's not as far-fetched as it sounds; there have been studies that suggest that mental activity can stave off or slow down dementia, so the "if you don't use it, you lose it" aphorism may work just as much for our brains as it does for our muscles.

In any case, maybe it'd be a good idea for all of us to put away the electronics.  No one questions the benefits of weightlifting if you're trying to gain strength; maybe we should push ourselves into the mental weightlifting of processing and recalling without leaning on the crutch of the internet.  And as Kallian discovers in The Scattering Winds, the bounty of information that comes from the external storage of information -- be it online or in print -- comes at a significant cost to our own reverence for knowledge and depth of understanding.
****************************************