When the Nazi party first came into power in Germany in the mid-1930s, one of the first things they did was to dramatically improve the efficiency of record-keeping, especially with regards to people they considered "undesirables."

A 1946 report on their practices by Robert M. W. Kempner, which appeared in the Journal of Criminal Law and Criminology, is as impressive as it is horrifying. Kempner writes:

The most important are the Gestapo card indices: the register of persons politically undesirable to the National Socialist regime, such as former members of democratic parties, lodges, etc.  This register consists of five different sets of alphabetical card indices for (1) highly dangerous persons, (2) less dangerous persons, (3) dangerous persons, (4) Jews, (5) part Jews (Mischling).  These card indices were kept in the offices of the Secret Police (Gestapo), i.e., in the central headquarters of the Gestapo in Berlin, Prinz Albrechtstrasse. Duplicates were kept by the supervisory offices (Staatspolizeileitstellen) or the approximately 100 district offices of the secret police (Staatspolizeistellen) which are located in the larger cities throughout Germany, e.g., in Munich, Stuttgart and the seats of the district governments...  The index cards are brown for males and green for females.  The first item is year, day, month, and place and county of birth.  Then follow the statements about occupation, name, marital status, school, and professional education, examinations passed, residence in foreign countries, knowledge of foreign languages, special abilities, service in the armed forces, or in the labor service, and residence...  Cards of Jews are marked by black index tabs.

The horrors of the Nazi regime and the Holocaust were only possible because of the extensive records the government had on damn near everyone in the country.

You may be thinking, by this point, "how is this so different from the records governments today keep on citizens?  Most of this same information is now routinely kept by government agencies, and no one bats an eyelash."  It's a reasonable question.  Census and tax forms, drivers' license registration, school registration, job applications... unless you somehow have avoided all that, which is hard to imagine, you're a known quantity.

The difference, of course, is intent.  What do the governments of the United States and other democracies intend to do with the information they have?  My own probably Pollyanna-ish idea is that most of the time, the answer is "nothing."  As long as you pay your taxes and abide by the law, the powers-that-be have neither the time nor the interest to worry about what color your eyes are, what your marital status is, or what exactly you're doing.

It's the exceptions that are downright terrifying.  Which brings us, unsurprisingly, to Attorney General Ken Paxton of Texas.

It was just revealed that earlier this year, Paxton demanded a list of all of the people in the state who requested a change in their gender designation on their drivers' licenses.  In other words, trans individuals who wanted to have legal documentation of their gender identity.  It's disingenuous not to see the comparison to the "black index tabs" on Jewish registration cards in Nazi Germany.  Add to this the fact that earlier this year, Texas passed one of the harshest anti-trans laws in the nation -- it explicitly forbids gender-affirming medical treatment for teenagers, and mandates criminal prosecution and jail time not only for medical professionals who carry it out, but for teachers, counselors, therapists, and so on (people considered "mandated reporters" for child abuse) if they find out about a teenager's trans status and fail to notify the authorities.

Don't tell me that LGBTQ+ people are "overreacting" if they're terrified by Paxton's demand for a trans registry.  And if you think I'm engaging in hyperbole by comparing it to the Nazi registries, you're being willfully blind.

"This could be a mass outing of a whole bunch of trans people because a lot of us change our documents and then choose to live in private," said Eden Rose Torres, a trans Texan who chooses to be out.  "We don't have to disclose our transness." 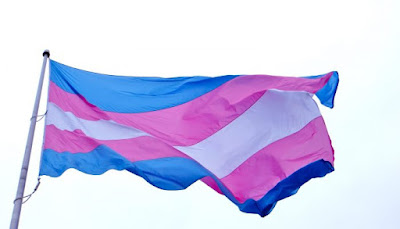 The only good news is that the request from Paxton's office was denied -- but not on the grounds of its being potentially used to harm trans Texans and the people who aid them, but because of practicality.  "Ultimately, our team advised the AG’s office the data requested neither exists nor could be accurately produced," said Travis Considine, of the Department of Public Safety, to which the demand had been directed.  "Thus, no data of any kind was provided...  It [would] be very difficult to determine which records had a valid update without a manual review of all supporting documents."

What really needs to happen, of course, is that Paxton be required to produce, in writing, a statement (1) justifying why he has the right to the information, and (2) outlining in detail what he intends to do with it.  Not, frankly, that I trust Paxton as far as I could throw him.  But at least then it would push him into defending his actions, rather than what's happened thus far, which is giving him carte blanche.

The refusal of the DPS to cooperate is not going to be the end of this.  People like Ken Paxton are never, ever going to give up their campaign against LGBTQ+ people, despite the fact that all we queer people want is to live our truth in peace and safety, the same as straight White Americans do, and to be in control of when and to whom we reveal our private lives.  Paxton sees himself as the leader of a religious-inspired crusade, and if he succeeds with his attempt at a trans registry, that's only going to be the beginning.