The creation of Adam

I am absolutely fascinated by the idea of artificial intelligence.

Now, let me be up front that I don't know the first thing about the technical side of it.  I am so low on the technological knowledge scale that I am barely capable of operating a cellphone.  A former principal I worked for used to call me "The Dinosaur," and said (correctly) that I would have been perfectly comfortable teaching in an 18th century lecture hall.

Be that as it may, I find it astonishing how close we're getting to an artificial brain that even the doubters will have no choice but to call "intelligent."  For example, meet Adam Z1, who is the subject of a crowdsourced fund-raising campaign on IndieGoGo:

Make sure you watch the video on the site -- a discussion between Adam and his creators.

Adam is the brainchild of roboticist David Hanson.  And now, Hanson wants to get some funding to work with some of the world's experts in AI -- Ben Goertzel, Mark Tilden, and Gino Yu -- to design a brain that will be "as smart as a three-year-old human."

The sales pitch, which is written as if it were coming from Adam himself, outlines what Hanson and his colleagues are trying to do:

Some of my robot brothers and sisters are already pretty good at what they do -- building stuff in factories and vacuuming the floor and flying planes and so forth.

But as my AI guru friends keep telling me, these bots are all missing one thing: COMMON SENSE.

They're what my buddy Ben Goertzel would call "narrow AI" systems -- they're good at doing one particular kind of thing, but they don't really understand the world, they don't know what they're doing and why.

After getting what is referred to as a "toddler brain," here are a few things that Adam might be able to do:
Now, let me say first that I think that this is all very cool, and if you can afford to, you should consider contributing to their campaign.  But I have to add, in the interest of honesty, that mostly what I felt when I watched the video on their site is... creeped out.  Adam Z1, for all of his child-like attributes, falls for me squarely into the Uncanny Valley.  Quite honestly, while watching Adam, I wasn't reminded so much of any friendly toddlers I've known as I was of a certain... movie character: 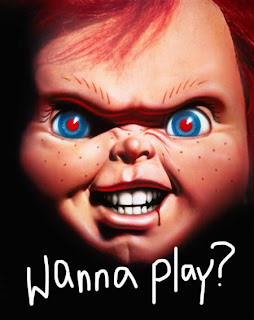 I kept expecting Adam to say, "I would like to have friends very much... so that I can KILL THEM.  And then TAKE OVER THE WORLD."

But leaving aside my gut reaction for a moment, this does bring up the question of what Artificial Intelligence really is.  The topic has been debated at length, and most people seem to fall into one of two camps:


1) If it responds intelligently -- learns, reacts flexibly, processes new information correctly, and participates in higher-order behavior (problem solving, creativity, play) -- then it is de facto intelligent.  It doesn't matter whether that intelligence is seated in a biological, organic machine such as a brain, or in a mechanical device such as a computer.  This is the approach taken by people who buy the idea of the Turing Test, named after computer pioneer Alan Turing, which basically says that if a prospective artificial intelligence can fool a panel of sufficiently intelligent humans, then it's intelligent.

2) Any mechanical, computer-based system will never be intelligent, because at its basis it is a deterministic system that is limited by the underpinning of what the machine can do.  Humans, these folks say, have "something more" that will never be emulated by a computer -- a sense of self that the spiritually-minded amongst us might call a "soul."  Proponents of this take on Artificial Intelligence tend to like American philosopher John Searle, who compared computers to someone in a locked room mechanistically translating passages in English into Chinese, using an English-to-Chinese dictionary.  The output might look intelligent, it might even fool you, but the person in the room has no true understanding of what he is doing.  He is simply converting one string of characters into another using a set of fixed rules.

Predictably, I'm in Turing's camp all the way, largely because I don't think it's ever been demonstrated that our brains are anything more than very sophisticated string-converters.  If you could convince me that humans themselves have that "something more," I might be willing to admit that Searle et al. have a point.  But for right now, I am very much of the opinion that Artificial Intelligence, of a level that would pass the Turing test, is only a matter of time.

So best of luck to David Hanson and his team.  And also best of luck to Adam in his quest to become... a real boy.  Even if what he's currently doing is nothing more than responding in a pre-programmed way, it will be interesting to see what will happen when the best brains in robotics take a crack at giving him an upgrade.
Posted by Gordon Bonnet at 4:25 AM