Music from beyond the grave

What do you do if you get tired of those nasty old scientists insisting that your woo-woo claims pass the test of hard evidence?

You move your claims into the realm of the untestable.

That, at least, is the tactic employed by one Jennifer Whisper, an 83-year-old musician from San Diego, who says that she gets her music and lyrics from dead songwriters who have provided her with what they would have written, if they were still alive.

Whisper started out channeling music from the dead in the 1970s, and began at the top, with none other than George Gershwin, who introduced himself in a straightforward manner: "I heard a knock on the door and no one was there," Whisper said to a reporter from The Huffington Post.  "Then I heard a voice say, 'Hello Jenny! It's me, George Gershwin.'" 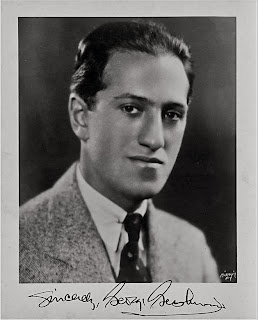 After recovering from her surprise, Gershwin dictated a song, "Love Is All There Is," to Whisper.  He's come back a bunch of times since then, she says, and she now has over a hundred posthumous compositions by Gershwin.

She also has channeled songs by Judy Garland, Johnny Mercer... and Jimi Hendrix.

Oh, and Whisper also says that she found out that Marilyn Monroe adopted JonBenet Ramsay after her death.  So that all ended happily enough.

The problem, of course, is that you can't exactly prove that she's not getting these songs from the dead.  This is a claim that is outside of what is even potentially testable.  If you're curious, though, Whisper has attracted the attention of musicians and musicologists -- and not in a good way.  One, Los Angeles-based studio musician Jim Briggs, has analyzed her alleged Gershwin composition "My Stars Above"and said that he's not buying her story.

It's amazing, Briggs said, that "My Stars Above" is way worse than you'd expect from a composer who's had 78 years to improve beyond where he was when he composed his masterpiece Porgy & Bess.   "If [Gershwin's] communicating musically from beyond the grave," Briggs said, "I can't believe that at no point did he suggest 'My Stars Above' be an instrumental."

It's also opened up some legal challenges for Whisper, but the ramifications of what she is doing are unprecedented -- and unclear.  She could potentially be violating the publicity rights of the people who hold the estates of the deceased composers, but even so, it's hard to know how a court would decide the case.  Joy Butler, an attorney specializing in copyright law, has said, "I've never run across a case like this.  But she'd have a hard time convincing a court."

So that's the latest from the world of the woo-woo, and yet another case of switching your tactics if the heat is on.  It's a shame, though, that Whisper hasn't gotten in touch with some older classical composers, because I'm passionately fond of J. S. Bach, and I'd love to know what he's doing these days.

Other than decomposing, that is.
Posted by Gordon Bonnet at 1:56 AM