Well, I have reached the woo-woo equivalent of Nirvana.  I just ran across the single stupidest claim in the world.  This one beats the previous odds-on favorite, which was the medicines that you pay for online, and which then download directly into your body as you sit in front of your computer monitor.  Because of quantums, of course.  Everything woo-woo has to be because of quantums.

But nope.  That one is a weak second-place finisher by comparison to what showed up on the David Icke forums last week.  Are you ready?  Here we go:

You shouldn't participate in Red Cross blood drives.  Because the Red Cross is working hand-in-glove with the Masons, who then use most of the donated blood to drink in their Satanic, animal-sacrificing, devil-worshiping rituals. 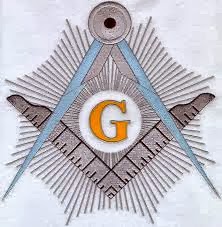 If you don't believe me, here's the link.  But in case you're understandably reluctant to push David Icke's hit tracker up, and give him the impression that what he hosts on his website is even vaguely connected with reality, I will quote the relevant passages for you.


So we have all heard of the Red Cross, and how they hold blood drives around the world.

In America, many of these blood-drives occur at your local Masonic/Satanic Lodge.

We, as donors, are misled into believing that this donated blood will "saved the lives" of many people, and no doubt a LITTLE of this blood DOES help save lives. But there is something more sinister, more satanic, goin gon [sic] with these blood-drives than meets the eye.

Clearly, 90% of the donated blood is, literally, drank by Masons, Illuminati, and the Church, with about 5% going to help those who need it, the rest spoils before it's used.


The Red Cross could care less if you live, and prefer that you die. But the demand for "fresh" blood by these Vampires is what started this whole blood donation thing. Think about it. Someone from your family needs blood, then a family member can donate within a few minutes. If there are no family members alive to donate, then a list a people willing to donate is/has been/still is, available. Nothing better that "super-fresh", minutes-old blood.

But you see, people like the Royals in the U.K., the scum buckets in The White House, Senate, Congress, your local Masonic Mayor, Police Chief, Masonic business owners....well, they drink blood like you and I drink beer.

Blood is the "life" in a body, and these vampires believe that drinking blood will keep them young (and other reasons).

The Red Cross. Feeding Masonic/Illuminati Vampires for decades. If you give to this Masonic controlled organization....STOP IT.

Righty-o.  And that explains why the Red Cross is always on the scene in disaster-stricken areas -- so they can find new and helpless victims.  To exsanguinate.  And then bring the fresh blood to the Masons, so they can drink it.

Initially, I hoped that this was just the work of one lone wacko, and that no one else could possibly believe it other than the delusional individual who wrote it.  So when I came across this post, I Googled "Masons Red Cross blood drinking rituals," thinking that I'd get "No Relevant Results," and would have my faith in humanity assuaged.

This turned out to be a mistake.  I got over 30,000 hits.  The first few not only implied that the Masons and the Red Cross were working together to deprive you of your life's blood, but that they were in cahoots with various combinations of the following, depending on which version you go for:
And I cannot help but think it is significant that the two ads on the webpage about the Masonic Red Cross Blood Drinking Conspiracy have to do with (1) removing "flouride" [sic] from your tap water because the government is trying to poison you, and (2) claims that the medical establishment has been wrong all along, and "cancer is a preventable fungus."

So.  Yeah.  I feel like this is sort of the mother lode, the most concentrated vein of sterling-pure stupidity ever discovered.  It almost makes me feel like my job as a blogger is over -- that anything I could say or do after this would be an anticlimax.

Of course, the problem is, saying "this is the dumbest idea ever conceived" is always a false statement, because no sooner do you say it than the woo-woos take it upon themselves to prove you wrong.  They take that kind of thing as a challenge.

But even so, I think they'll have a hard time beating this one.
Posted by Gordon Bonnet at 1:38 AM