The power of "only"

Today, I ran into a story that got me thinking about how powerful a single word can be in changing the gist of a claim.

An article in Online Medical Daily entitled "'Seeds Of Life' Collected During Perseid Meteor Shower: Scientists Say Algae 'Can Only Have Come From Space'," writer John Ericson describes an unusual find on the (formerly) sterile sides of a British research balloon.

In a study described at the Instruments, Methods, and Missions for Astrobiology conference in San Diego, British biologist Chandra Wickramasinghe told attendees about a discovery, that (if true) revolutionizes what we know about the origins of life on Earth.  Wickramasinghe and his colleagues launched a balloon into the stratosphere during the annual Perseid meteor shower, and upon retrieval, found that the surface had a microscopic blob of microorganisms stuck to it.  "The entities varied from a presumptive colony of ultra-small bacteria to two unusual individual organisms - part of a diatom frustule and a 200 micron-sized particle mass interlaced with biofilm and biological filaments," Wickramasinghe said, in an interview with The Daily Mail. 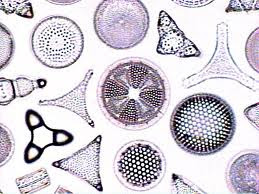 What Wickramasinghe is claiming is not a new idea.  Called panspermia, the speculation is that the ancestors of all terrestrial species was a microorganism (probably an extremeophile) that rode in on a meteorite or on cometary debris.  Chemist Svante Arrhenius was fond of the claim, as was astronomer Fred Hoyle; but it's not much in vogue these days, largely due to slim evidence supporting the contention.  Wickramasinghe himself is kind of a fringe figure in the minds of much of the scientific community -- not only has he championed panspermia with a single-mindedness that approaches obsession, but he also testified for the defense in a 1981 McLean vs. the Arkansas State Board of Education trial, one of many cases that considered the constitutionality of teaching creationism in public schools.  During the trial, he referred to the famous fossil of Archaeopteryx as a "hoax." 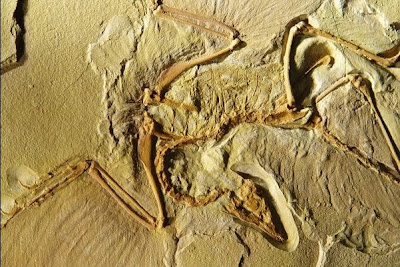 None of this wins him any points in my book.

Of course, to be fair, you have to consider a claim separate from the person making it; even complete wingnuts can land on correct ideas sometimes.  And here, we have at least some sort of hard evidence -- traces of microorganisms on a sterile balloon that had taken a trip into the stratosphere during a meteor shower.  Has Wickramasinghe been vindicated?

Stratospheric dust collection is a notoriously difficult task.  Contamination is a constant hazard, especially if you are trying to obtain a pure sample of interplanetary dust -- i.e., material that did not originate on Earth.  Terrestrial dust, made up of windblown sediments, volcanic ash, and more prosaic materials such as pollen, can reach amazing heights in the atmosphere, and travel extraordinary distances.  A recent study found that dust from the Sahara can reach stratospheric heights -- and affect weather in western North America.

So even if Wickramasinghe's group was careful -- and I am not trying to imply that they weren't -- the possibility of contamination has to be weighed into any argument about the origin of the microorganisms on the balloon.  As NASA's page on "Cosmic Dust" puts it, "Once in the stratosphere this ‘cosmic dust’ and spacecraft debris joins terrestrial particles such as volcanic ash, windborne desert dust and pollen grains."

But of course, Wickramasinghe has a dog in this race, and once you take out the word "only," you don't have much of a story left.  Debris, some containing organic compounds or even microorganisms, has been found before and been alleged to have an extraterrestrial origin.  Thus far, none of these claims has been conclusively supported, so (to be fair) we have to consider the jury to be still out on the idea of panspermia.

Now, don't get me wrong.  No one would be more delighted than me if extraterrestrial life was discovered, even if it turned out just to be single-celled organisms.  I've long suspected that we're not alone in the universe -- what I know about evolutionary biology suggests to me that life is probably plentiful out there in space.  But if you make a claim to have discovered aliens, even microscopic ones, you have to be held to a higher standard of evidence than suspicions and suggestions.  And your case isn't made more watertight simply because of a judicious use of the word "only."
Posted by Gordon Bonnet at 2:42 AM