I like a fair fight.  It's actually fun for me to have a good, riproaring intellectual discussion, in which both my opponent and I know a lot about what we're saying and are willing to bat the ideas around for a while.  Even if we start out disagreeing, and end up no closer together at the end, there is something profoundly satisfying about a purely cerebral dispute.  (And it's a bit of a lost art, frankly.)

On the other hand, sometimes quarrels can be so unequally weighted that it seems unfair.  My dad used to call such arguments "shooting fish in a barrel."  While I don't shy away from those when I see them -- after all, the entire gist of this blog has to do with discussing illogical, irrational, and counterfactual ideas -- I don't get much satisfaction out of saying, basically, "Wow.  This is the dumbest thing I've ever seen."

This comes up because of a link a friend sent me to a news story on the site Crooks & Liars, entitled, "Fox News Host Megyn Kelly Assures Children: Jesus and Santa Were Both White Men."  And my response to him was:  "Oh, they are just making it way too easy for me."

Kelly came up with this bizarre bêtise in response to a column in Slate by Aisha Harris that criticized the depiction of Santa as white, because such practices marginalize non-white children.  She proposed that it might be time to represent the "spirit of Christmas" as an animal, instead:  "For one thing," Harris wrote, "making Santa Claus an animal rather than an old white male could spare millions of nonwhite kids the insecurity and shame that I remember from childhood."

Well.  Far be it from Fox to take such an affront lying down.  Kelly was outraged.  Santa is white, she says.  "For all you kids watching at home, Santa just is white," Kelly said.  "But this person is just arguing that maybe we should also have a black Santa. But Santa is what he is.  Just because it makes you feel uncomfortable doesn't mean it has to change, you know?  I mean, Jesus was a white man too.  He was a historical figure, that's a verifiable fact, as is Santa -- I just want the kids watching to know that."

Let's just clear up a couple of things, okay, Megyn?

The historical basis for the Santa Claus legend is St. Nicholas of Myra, who was a fourth-century bishop in Asia Minor who was revered for giving gifts to the poor.   He was of Greek descent but lived most of his life in what is now Turkey.   It's pretty unlikely that he looked even remotely like the chubby, rosy-cheeked greeting-card Santa.  Chances are, he looked a lot more like this guy... 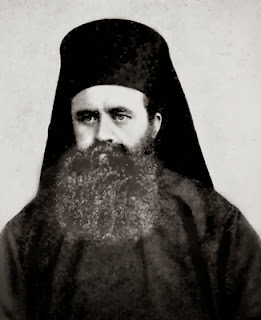 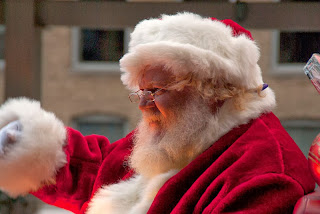 (Photograph courtesy of photographer Douglas Rahden and the Wikimedia Commons)

And then, of course, there's Jesus, who is often depicted this way: 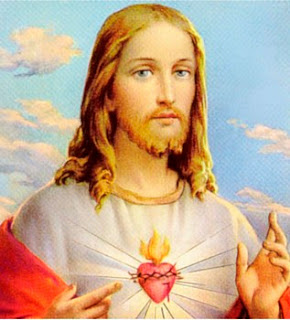 (image courtesy of the Wikimedia Commons)

Despite the fact that he wasn't, technically, Swedish.

The thought did cross my mind to wonder, however, if Megyn Kelly had come to her conclusions about the ethnicity of Jesus and Santa after doing some research in primary sources: 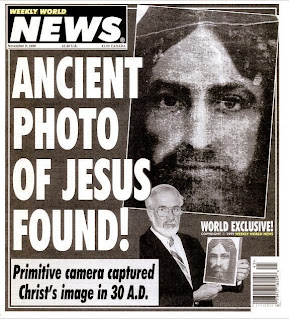 So.  Anyhow.  Like I said, all of this has me wondering how the people at Fox News still have any audience left.  And I'm not even talking about their political leanings -- as I've said before, I'm neither well-informed enough nor, frankly, interested enough to comment on politics most of the time.  But given their track record for accuracy on the facts, and their commentators' regrettable tendency to utter statements that are (not to put too fine a point on it) moronic, it's no wonder that people have started referring to the network as Faux News.

So that's our fish-shooting exercise for the morning.  But if I were you, I wouldn't hold my breath waiting for Kelly, or anyone else at Fox, to retract the statement.  "Death before retraction!" seems to be the motto over there.  Worse, actually; they often follow up the most boneheaded of their utterances with defenses that dig the hole even deeper.  So in the next couple of days, look for further idiocies from Kelly, including a statement that Moses was white, too, and she knows because she's seen pictures of him and he looks just like Charlton Heston.
Posted by Gordon Bonnet at 2:44 AM