Homeopathy, allopathy, and the right to prescribe drugs

New from the "This Is Seriously Not A Good Idea" department: the Indian Medical Association has just announced a decision to allow homeopathic "doctors" prescribe real medicines, i.e., substances that have actual therapeutically active compounds in them.

Not everyone is thrilled by this idea, fortunately.  Dr. Jayesh Lele, who is the secretary of the IMA's Maharashtra chapter, didn't sound particularly sanguine.  "We have gathered over thirty judgments delivered in various Indian courts, including the Supreme Court, that ruled against practitioners of alternative therapy prescribing allopathic medicines," Dr. Lele told The Times of India.

For those of you who are unfamiliar with the terminology, "allopathy" means "real medical science." 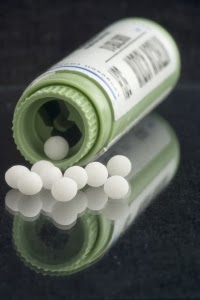 You'd think that the homeopaths would be elated to have this kind of Official Seal of Approval.  After all, the fact that they're being allowed to prescribe actual medicines could be construed as some sort of vindication of their skills as healers by the powers-that-be.  But in an odd twist, not all of the homeopaths are happy with the decision.  "Dr." Shreepad Khadekar, a Mumbai homeopath, hinted that the ruling would dilute homeopathic practice, which I find so ironic that it should somehow be added to the Alanis Morissette song.

Khadekar said, "It is definitely the darkest period in a real homeopath's life.  Soon my science will become extinct, thanks to the unfortunate decision."

My response, predictably, is I doubt that we'll be that lucky.   Khadekar's "science" has thus far survived a concerted effort by the folks over at the James Randi Educational Foundation, not to mention a whole list of lawsuits against the manufacturers of homeopathic "remedies" and the charlatans who dispense them.  Of course, the situation in India adds a whole new layer of crazy to the topic; do we really trust people who don't understand the concept of serial dilution, Avogadro's limit, and the placebo effect to dispense real drugs correctly?  Individuals who in order to prop up their bizarre concept of how the body works have to resort to blathering about "energies" and "vibrations" and "quantum imprints?"

I mean, at least before, all they were handing out were vials of water and sugar pills.  Sure, they weren't curing diseases, but at least what they were giving you was harmless.

I have a dear friend whom I watched studying for the board exams to become a nurse practitioner -- the amount of information you have to have at your fingertips in order to decide which drug to prescribe, not to mention correctly calculating dosage, is absolutely immense.  So the folks over in India think it's a good idea to allow people to do that who evidently don't understand the fact that zero atoms of an active ingredient have no effect?

I don't see this ending well.

I find it amazing that this nonsense is still out there, given what we now understand about biochemistry.  Here in the United States homeopathic "remedies" are ubiquitous -- they're on the shelves in our local pharmacy, row upon row of glass vials containing nothing of value (but quite expensive, I feel obliged to point out).  But at least we haven't taken the further step of allowing the homeopaths themselves to have access to real drugs.  That, fortunately, is still the purview of people who have the educational background to know what they're doing.  If you're in India, though, and you fall ill -- well, all I can say is, make sure you ask what your medical service provider's background is before you take his or her advice, and beyond that, caveat emptor.
Posted by Gordon Bonnet at 2:11 AM