Pleo-FORT, Pleo-QUENT, Pleo-NOT, Pleo-STOLO, Pleo-NOTA-QUENT, and Pleo-EX are all names of homeopathic "remedies" that are being sold as cures for infections of various kinds.  All of them are made from extracts of molds from the genus Penicillum, which is then (as is typical with these remedies) diluted until there's basically none of the original substance left.  As an example, here's what the site Natural Healthy Concepts has to say about Pleo-QUENT:


Pleo QUENT (Quentakehl) Drops 5X is a homeopathic decongestant medicine indicated for supporting the temporary relief of congestion due to colds and minor respiratory infections*.

You could, of course, change the line about "no side effects" to read "no effects whatsoever" and the sentence would still be true.  A 5x serial dilution means that you now have 9,999 parts water added to 1 part of the original substance -- a dilution which would render far more dangerous substances than mold extract completely harmless. 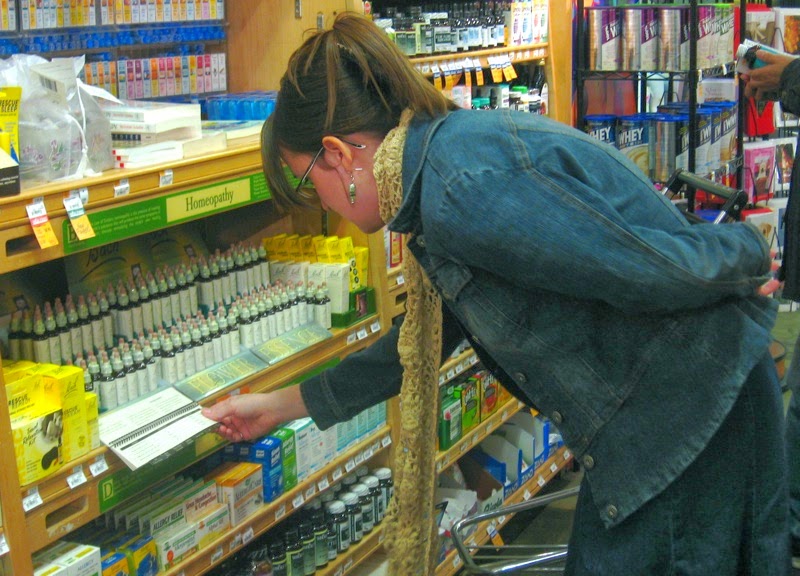 [image courtesy of photographer Casey West and the Wikimedia Commons]

So imagine my surprise when I found out that Terra-Medica, Inc., the company that manufactures the various Pleo-WHATEVERS, is voluntarily recalling 56 lots of the "remedies."  Here's part of the statement from Terra-Medica:


Terra-Medica, Inc. is voluntarily recalling 56 lots of Pleo-FORT, Pleo-QUENT, Pleo-NOT, Pleo-STOLO, Pleo-NOTA-QUENT, and Pleo-EX homeopathic drug products in liquid, tablet, capsule, ointment, and suppository forms to the consumer level. FDA has determined that these products have the potential to contain penicillin or derivatives of penicillin.

If you're wondering if you read that right, you did:  Terra-Medica is recalling these remedies because they have actual medically active ingredients in them.

Just reading the headline in the Patheos article I linked above, which says, and I quote, "Homeopathic Products Recalled Because They Might Have Actual Medicine In Them," made me choke-snort an entire mouthful of coffee.  This might, in fact, be the best headline I've read in years.

Because, let's face it: we wouldn't want anything potentially effective sneaking into our homeopathic remedies.  *brief pause to stop guffawing uncontrollably*

Terra-Medica is, I have to admit, doing the right thing; if there really is penicillin in the "remedies" they're selling, then some poor misguided soul, who evidently failed high school biology and thought he could cure his cold by taking drops of water, could be killed if said poor misguided soul was also unlucky enough to have a penicillin allergy.  But that the chemical they suspect of having contaminated their "remedies" is an actual medicine is a circumstance that brings the term "poetic justice" to whole new levels.

You have to wonder how much longer the homeopaths will be allowed to remain in business, what with admissions like this one (not to mention an increasing number of websites devoted to debunking the whole thing, including What's the Harm, which is devoted to stories of people who were injured or killed by taking a homeopathic remedy instead of seeking conventional medical care).  There is no scientific support whatsoever for this practice; it is pseudoscience at its worst, because not only is it ripping people off, it's putting lives and health in jeopardy.  By not taking proven, effective, safe medications for treatable diseases, people are risking protracted illness, complications, and death, not only for themselves but (worse) for their children.  Simply put, a sugar pill or a bottle of water from which virtually all biologically active molecules have been removed will not treat disease.

Which makes the strong medicine that Terra-Medica is having to swallow taste pretty sweet to me.
Posted by Gordon Bonnet at 2:28 AM