Hallmark, censorship, and the culture of persecution

So apparently, someone over at the Hallmark Channel thought it'd be a good idea to censor out the word "god" in their broadcast of the movie It Could Happen to You.

The backlash was immediate and vitriolic.  The Facebook page for Hallmark Channel USA erupted in comments like the following:


I watch you [sic] channel all the time. WHY DID YOU BLEEP OUT THE WORK [sic] GOD IN THE MOVIE IT COULD HAPPEN TO YOU.  Same [sic] on you.....Without GOD you would have no network.

REALLY HALLMARK!!!!  BLEEPING OUT THE WORD GOD!!!!  HAVE WE FORGOTTEN THAT YOU USED TO BE A CHRISTIAN NETWORK!!!  WTH!!!  HOW ABOUT NOT OFFENDING CHRISTIANS!!!!

We are very disappointed in Hallmark's decision to delete the word GOD from their presentation of "IT COULD HAPPEN TO YOU"...  We will wait for Hallmark to issue a public apology before resuming our support of the Hallmark Channel etc...

Why did you bleep out the word God from the movie "It Can Happen To You" broadcast today? I think it is time to block your channel. You make a lot of money off the rising of God's only son who died and rose again day of rising [sic], yet you bleep his Name.  I am beyond disgusted.

Some freak High on pot says it was ok for them to do this.  I bet he collects a check on our dime.  This is exactly what is wrong.  When you are high~~you think you are god!

I am so furious and upset. I am sick and tired of "god" offending people.  Hallmark has some explaining to do!  I have written Glenn Beck, Bill O' and Hannity.  This country is so far gone!

Marvelous.  Go ahead and tell Hannity, Beck, et al., and they'll make a capital case out of it, giving the pathological persecution-culture that is becoming more and more common amongst American Christians further fertilizer to grow on.

And fertilizer it is, friends, as in the bovine variety.  Because the reason that Hallmark censored the word "god" in It Could Happen to You wasn't because they were trying to eliminate the mention of a deity from the movie; it was because it occurred in the phrases "oh my god" and "I swear to god," and therefore constituted biblically-forbidden instances of taking the Lord's Name In Vain.  Yup -- that's right; they didn't bleep out "god" because it was holy, but because it wasn't holy enough. 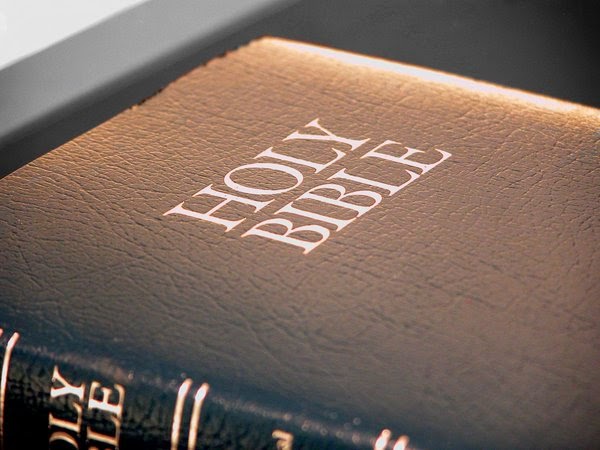 [image courtesy of photographer Kevin Probst and the Wikimedia Commons]

And it's not the first time this sort of thing has happened.  Back in 2002, a mention of "Jesus" by the co-host of The View (in the context of saying "Thank you, Jesus," for her losing weight) was censored out on similar grounds, leading to a petition by outraged Christians who thought that this constituted suppression of religion.  In 2007, an ABC censor mistakenly bleeped out all mentions of the word "god" in the in-flight version of the movie The Queen, because he thought it contravened the rules against blasphemous use of religious language.

Each time, censors erred not because they were trying to offend, but because they evidently knew that these people have the sensibilities of petulant children.  For all the good it did.  If there's nothing to be angry about, they'll find something.  The phrase "damned if you do, damned if you don't," comes to mind.

Okay, I know that Hollywood is a pretty liberal place, and that much of what's on the air these days is there because of its capacity to shock (Family Guy, I'm looking at you).  But picking on The Hallmark Channel?  Really?  The network that was created from the merger of the American Christian Television System and the Vision Interfaith Satellite Network?  You'd think that someone watching a movie on Hallmark would take for granted that whatever was being done was somehow motivated by an attempt to honor Christian values.  I mean, I can see assuming the worst of Syfy or Comedy Central, but Hallmark?

I found out about this from a Facebook post, where I saw yet another comment by an outraged Christian, to wit: "14% atheists in the US, and 71% Christians, and for some reason we're letting the atheists run the show!"  Which might qualify as the single most moronic statement I've seen in months.  "Run the show?"  Being an atheist in the United States pretty much automatically dumps you into the category of "politically powerless."  If we were running the show, do you seriously think that there would be a bill that looks likely to pass in Louisiana declaring the bible to be "the official state book?"  Would there be a bill still in conference in South Carolina declaring that the mammoth is the official state fossil -- and that it was created on the Sixth Day?  Would the governor of Iowa have just signed a proclamation stating that July 14, 2014, be set aside as a "day of thoughtful prayer and humble repentance according to II Chronicles 7:14?"

Running the show, my ass.

Censor that, Hallmark.
Posted by Gordon Bonnet at 3:46 AM

Email ThisBlogThis!Share to TwitterShare to FacebookShare to Pinterest
Labels: blasphemy, censorship, Christianity, free speech, God, Hallmark Channel, It Could Happen to You, religion