Literature, learning, and the necessity of questioning authority

It will come as no great surprise to regular readers of Skeptophilia that I think the educational system is long overdue for a philosophical overhaul.

We have lost sight of many things, but primary amongst them is the idea that education is supposed to broaden the world of the learner.  In our hoisting the flag of "career and college readiness," we have largely abandoned the goal of expansion of students' worldview in favor of measurable outcomes and a reductionistic approach whose only selling point is its expediency.  Even the origin of the word education should tell us that this is wrongheaded; it comes from the Latin verb educere, meaning "to draw out of."  We have too long looked upon education as a means of putting stuff into minds, where our real task should be to see what can be drawn from them.

Nowhere does this show as much as in the way we so often teach literature.  How many times are works of fiction used as avenues simply for teaching lists of vocabulary words and literary elements, and not to blow open the reader's world?  I know teachers who use literary works as a lens for bringing the Big Questions into sharper focus -- but it happens far too infrequently. 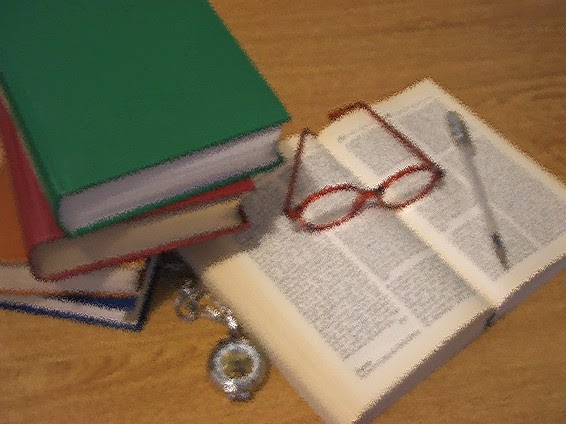 This all comes up because of something that happened last week at Booker T. Washington High School in Pensacola, Florida.  A summer reading program was planned, in which the goal was to have every student and staff member read the same book for a discussion at the beginning of the 2014-2015 school year.  The school librarian, Betsy Woolley, and an English teacher, Mary Kate Griffith, got the whole thing rolling, and everything seemed fine -- until the principal, Dr. Michael J. Roberts, found out that the book that had been selected was Cory Doctorow's Little Brother.

Here's the description of the book, from its page on Amazon:


Marcus, a.k.a “w1n5t0n,” is only seventeen years old, but he figures he already knows how the system works–and how to work the system. Smart, fast, and wise to the ways of the networked world, he has no trouble outwitting his high school’s intrusive but clumsy surveillance systems.

But his whole world changes when he and his friends find themselves caught in the aftermath of a major terrorist attack on San Francisco. In the wrong place at the wrong time, Marcus and his crew are apprehended by the Department of Homeland Security and whisked away to a secret prison where they’re mercilessly interrogated for days.

When the DHS finally releases them, Marcus discovers that his city has become a police state where every citizen is treated like a potential terrorist. He knows that no one will believe his story, which leaves him only one option: to take down the DHS himself.

Challenging stuff.  Too challenging, according to Dr. Roberts, who promptly cancelled the entire program, saying that the book painted "a positive view of questioning authority" and had "discussion of sex and sexuality in passing."

I find this extremely troubling, especially the first part.  Since when is questioning authority a bad thing?  Do we really want to teach our children that authority is to be obeyed, regardless of whether or not it is moral?  In canceling the program, Dr. Roberts has reinforced the dogma that the dominant paradigm is to be followed, blindly, whatever it says.  Read what we say you can read; do not read what we forbid.  And whatever you do, don't question.

Doctorow, and his publisher, Tor, have retaliated -- by sending 200 copies of the the book to the school, for free.  It remains to be seen whether the school administration will allow them to be passed out, but at least the fact that this whole thing has become public has sent a message to the students -- that there are always ways to circumvent the people who are trying to keep you from learning.  An important message, and perhaps a bigger one than even the book itself would have taught.

Myself, I think we should deliberately assign books that challenge preconceived notions, especially on the high school level.  If you leave high school with your basic assumptions unexamined, we have failed as educators.  Students should be reading books like Doctorow's.

Lots of them.  Not because they put ideas into students' heads; believe me, those ideas are already there, given that we're talking about teenagers.  They should read these books because it opens up the discussion of such questions as when authority should be rightfully questioned, and what our response should be to it when the authorities are in the wrong.  It takes a skilled educator to navigate something like this -- to launch such a discussion, let the students bounce the ideas around, and not to try to drive it to a particular conclusion, while still steering it toward the central points.  But regardless of the risks, it is an absolutely critical part of education.

I try to do this with my Critical Thinking classes, in our reading of Jean-Paul Sartre's short story The Wall.  In this mind-blowing story, we have a man imprisoned and under a sentence of death for insurrection during the Spanish Civil War, who has been promised his freedom if he'll betray the leader of the rebellion.  I hope you'll read the story -- so I won't give you any spoilers -- but by the end, we're forced to question such things as when a cause is worth a human life, whether a sacrifice means anything if no one knows you've done it, and if an act is moral even if it has the opposite effect you intended.  And as deep as these waters are, it is one of my favorite lessons of the year to teach, mostly because I never know which direction it's going to go beforehand.

And personally, I can't imagine how my mind today would be different if I hadn't stumbled upon, been given, or been assigned to read works of literature that rattled my foundations -- books like Foucault's Pendulum (Umberto Eco), The Wind-Up Bird Chronicle (Haruki Murakami), Keep the River On Your Right (Tobias Schneebaum), The Lathe of Heaven (Ursula LeGuin), Neverwhere (Neil Gaiman), Watership Down (Richard Adams), The Bridge of San Luis Rey (Thornton Wilder), Things Fall Apart (Chinua Achebe), The Women of Brewster Place (Gloria Naylor)... and many, many others.  Each one shook some part of my world, made me see things a different way, left me a changed person by the time I reached the last page.  To stop children from approaching literature because we're scared of what questions it might raise is exactly backwards; we need, as educators, to say, "Don't be afraid of questions; be afraid of where you might be led by others, unwittingly, if you fail to ask them."

Or, as Nigerian poet, playwright, and Nobel laureate Akinwande Oluwole Soyinka put it: "Education should be a hand grenade that you detonate underneath stagnant ways of thinking."
Posted by Gordon Bonnet at 2:09 AM