The war over tenure

I know how to fix the educational system.

It's so simple, I can even put it in a bulleted-list form.  Here's what you do:

Pissed off yet?  I hope so.  But you might want to consider that all I did was to take the results of last week's alteration in teacher-tenure law in California, and stepped it down from teachers and administrators to students and teachers.

Okay, I know that I might not have played fair, and that the comparison between teachers and students is a bit of a false analogy.  But consider what the core of the changes have accomplished; shifting the balance of power entirely into the hands of administrators, ramping up the anxiety (especially for new teachers and teachers in poor schools), and gauging effectiveness solely by numerical measures that consider nothing but the all-powerful standardized test.  If we really did do something analogous in our classrooms, parents would rightfully be howling for blood. 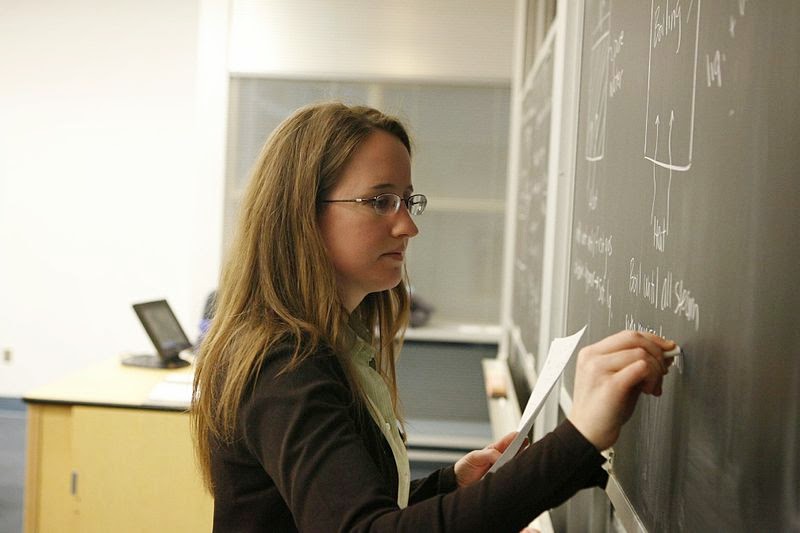 But do it to teachers, and a lot of people just nod and smile.  Damn slacker teachers, getting union protection even if they're incompetent, plus two months off in the summer.  'bout time we tighten the screws, hold them accountable for the job they're (not) doing.  Michelle Rhee, former chancellor of the Washington D.C. schools, was thrilled by the ruling, and said, "The union's job is to protect the rights, privileges, and pay of their members.  They want their members to be able to keep their jobs regardless, and what this judge is saying is that we have to look out for the interests of children, first and foremost -- that we have to ensure that there's a high quality teacher in front of every child every single day."

Because clearly, teachers themselves have no particular concern about the interests of students.

I've been a teacher for 27 years, and yes, I've met some terrible ones.  But even the judge in the California case, Los Angeles County Judge Rolf Treu, says that "grossly incompetent" teachers account for only 1-3% of the teachers out there.  So how do you fix the problem?  Surely it's not by removing the legal right to due process from all teachers.  Put simply, you do not create good teachers by firing bad ones.

In my own school system, we've had staff cuts, increasing class sizes, and reduced budgets for supplies, equipment, and textbooks for the last ten years in a row.  We've had a steady decrease in instructional time -- this year, we've had once-a-month half-day "staff development days" that have accomplished nothing worth the loss of student contact time, not to mention foolishness like the state-mandated "field tests" that pull kids out of their classes for several periods in a row to take a pilot exam simply because the Department of Education wants more numbers to crunch.  It seems like on the middle and elementary school level, they're having some sort of standardized test every other week.  And now we're basing teachers' end-of-the-year score on these metrics, despite its being demonstrated over and over again that standardized test scores are inaccurate measures of understanding, and that other factors outside of teachers' control can have as big an effect as what happens in the classroom (most importantly, poverty, which no one wants to talk about).

Couple that with the lack of trust that upper administration, and society as a whole, has for teachers.  I know that I've said it before, but it's worth a reminder: did you know that in New York State, teachers are not allowed to grade their own final exams, because the NYSED is so afraid we'll cheat?  In several classes I teach, I've had to go to an all multiple-choice format for the final, because to do otherwise would require my training another teacher in the curriculum I teach so that (s)he could grade the exam fairly.

So: do more with less.  Less money, less supplies, less time.  Increase the penalty for failure to meet the benchmarks, up to and including losing your job.  Remove the protection of due process for all teachers, and simultaneously treat them with distrust and suspicion, so as to create a work environment that has maximal risk and maximal stress.

Yup, that should work just fine.

The cynical side of me is becoming convinced that these people want public schools to fail -- that the biggest social experiment the world has ever seen, that all children can and should receive a broad education in liberal arts and sciences, should be replaced by a merit-based system of charter schools.  It boils down to "break the system to show that it's broken."

Understand me: I'm not in favor of protecting bad teachers.  The whole "rubber room" phenomenon is idiotic.  For the truly incompetent -- and I think that even 1% is a high estimate for that category -- the road to dismissal should be short.  Just as with other professions, there are some people who simply shouldn't be teachers.

But for the rest, and especially for those teachers who are struggling, how about these suggestions, to counterbalance the tongue-in-cheek ones I started with?


I know that the war isn't over yet, not by a longshot.  The unions are already challenging the California ruling, and the battleground is being set in other states.  But we need to think through what we're doing, here, because the stakes we are playing for are the highest of all: the futures of our children.
Posted by Gordon Bonnet at 4:03 AM