A trip through the vegetable aisle

So with all of this unpredictable bad stuff going on, you can imagine that it's becoming increasingly difficult for your average working psychic to afford crystal balls and magic wands and flowing robes, and all of the other necessities of the job.  That stuff has got to be expensive.  So no wonder that some of them have turned to doing divination using cheaper tools...

You probably think I'm making this up, but in a link sent to me by the inimitable writer, skeptic, and deep thinker Tyler Tork, we meet one Jemima Packington, a British woman who says that she is the world's only "asparamancer."

Yes, "asparamancer," as in "asparagus."  Because what Packington does is she goes out and buys some asparagus spears at the local grocery store, and then comes home, tosses them in the air, and then from the pattern they make where they fall, she tells us what's going to happen. 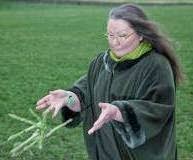 In the video in the link, which you all must watch, she does a demonstration of "asparamancy," in which the asparagus spears are supposed to tell us about the weather.  So she chucks her asparagus spears around, and proceeds to tell us that because some "little bits and pieces" fell off, that "this would suggest some rain."

What, the fact that you live in England didn't suggest that to you by itself?  I was in England on holiday for the entire month of July about fifteen years ago, and it rained pretty much continuously.  The locals, of course, didn't seem to be bothered at all.  I walked into a pub, soaked to the skin after a ten-mile hike in the Yorkshire Dales in a chilly downpour, and the owner of the pub looked over at me as I stood there, dripping and shivering, and said, and I quote, "Mistin' a bit thick out there today, ain't it?"

For cryin' in the sink, predicting rain in England is a little like predicting that January in upstate New York is going to be "a bit nippy."

She also said that because of the direction of the spears, there was going to be a lot of wind.  Note, in the photograph I posted above, her hair blowing in the wind, which once again you'd think would be sufficient, without the asparagus.  It reminds me of the magical Weather Forecasting Stone, have you seen it? 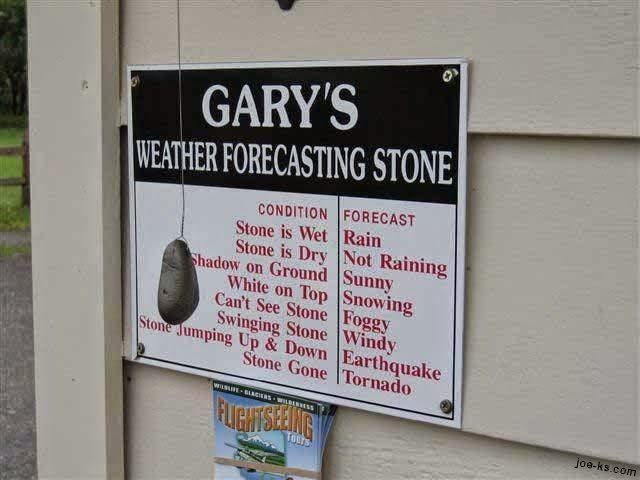 But Packington doesn't just forecast the weather.  According to the article, she has made a number of other predictions, to wit:


1. There will be sad a loss to the Royal Family.
2. But there will also be a happy addition.
3. A major entertainment mogul will retire.
4. Politics in the Middle East will continue to raise concern.
5. One political party leader will be dogged by turmoil and not recover.
6. A storm this month will bring more misery to Britain.
7. The weather in the Far East will deteriorate as the year progresses.
8. A musical supergroup will split.
9. There will be a string of celebrity divorces.


Whoo!  Trouble in the Middle East and a string of celebrity divorces!  Those are some insightful predictions, there.  It's no wonder that Packington says that her predictions always come true.  That happens when you predict things that everyone already knew were going to happen.

But that doesn't stop her from claiming that she has magic powers that allow her to make accurate predictions about the future.  And you can follow her on Twitter if you want to keep up with them, @Asparamancer.  As for me, I think I'm going to go to the grocery store, but not for asparagus.  I think I should buy some eggplant instead.  Just last week a chef in Baton Rouge, Louisiana found an eggplant slice whose seeds spelled out "GOD," and promptly declared that it was a miraculous message from the Lord. 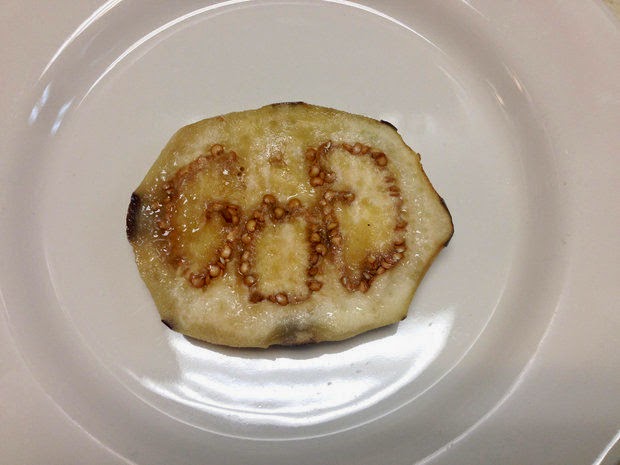 If I was a deity, I'd find a better way to sign my name than to inscribe it inside an eggplant, but what do I know?  Maybe vegetables do channel magic and/or holy messages, and instead of the bacon and eggs I had planned for breakfast, I should go cook up some brussels sprouts or something.
Posted by Gordon Bonnet at 3:29 AM