I wonder sometimes how outrageous public figures have to become before people will stop following them.

Just last week, we had Rush Limbaugh claiming that the media coverage of the downing of Malaysia Airlines Flight MH17 was a deliberate attempt to distract us from the problem of how President Obama is handling illegal immigrants.  "I don't want appear to be callous here, folks, but you talk about an opportunity to abandon the Obama news at the border?" Limbaugh said, in his radio show last Thursday. "And, no, I'm not suggesting anything other than how the media operates."

To which I have two responses:  (1) Trying to do anything at this point about your "appearing callous" is a bit of a lost cause.  (2)  Why haven't you lost your entire audience yet, you bloviating blob of blubber?

I had a similar reaction when I read yesterday about the latest pronouncement from Ken Ham.  Ham, the president of Answers in Genesis, is best known for having his ass handed to him in a debate with Bill Nye last year.  But that didn't stop him from moving forward with his project called "Ark Encounter" wherein he intends to build a life-sized model of Noah's Ark and demonstrate once and for all that there's no way it could have held pairs of every species on Earth.

Just a couple of days ago, however, Ham showed that he had not yet reached the nadir of his credibility, by offering up the opinion that we should give up the search for extraterrestrial life because any alien life out there is going to hell regardless. 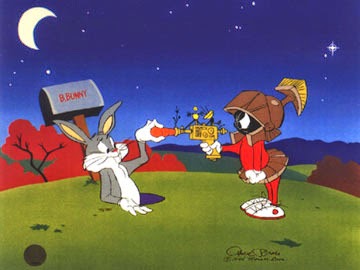 Here's the direct quote, from an article he wrote over at AiG's website on Sunday:


I’m shocked at the countless hundreds of millions of dollars that have been spent over the years in the desperate and fruitless search for extraterrestrial life.  Life did not evolve but was specially created by God, as Genesis clearly teaches...

Christians certainly shouldn’t expect alien life to be cropping up across the universe.  Now the Bible doesn’t say whether there is or is not animal or plant life in outer space. I certainly suspect not.  You see, the Bible makes it clear that Adam’s sin affected the whole universe.  This means that any aliens would also be affected by Adam’s sin, but because they are not Adam’s descendants, they can’t have salvation.  Jesus did not become the ‘GodKlingon’ or the ‘GodMartian’!  Only descendants of Adam can be saved.  God’s Son remains the ‘Godman’ as our Savior.

Once again, I have two responses:

(1)  You're spending millions of dollars to build a replica of Noah's Ark, and you have the balls to criticize NASA for wasting money?

(2)  So in your view, a loving and all-powerful god might have created intelligent extraterrestrial life, but in his infinite mercy, he's making certain that they are all tortured forever in the Lake of Fire for something some dude and his wife did here on Earth?

I don't know about you, but this makes his pronouncements on why we should all abandon science and become young-earth creationists seem lucid and rational.

So, my advice: shut up, Ken.  If your ignominious thrashing at the hands of Bill Nye wasn't humiliating enough, you're now becoming a laughingstock.  I'll end with a quote that has been variously attributed to Will Rogers and British politician Dennis Healey: 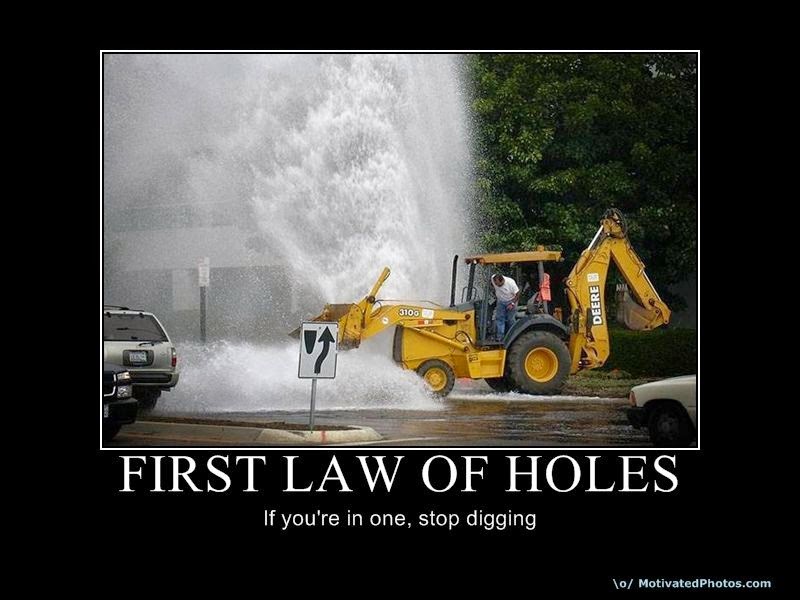