Even if I sometimes present a rather cynical front, I really have a deep belief in the fundamental goodness of human nature.  Most of us, most of the time, mean well.  All we want is to have our basic needs met; food, shelter, companionship, security.  Despite what you see on the nightly news -- news that has been selected deliberately to be eye-catching, i.e., usually violent or upsetting -- the vast majority of the human race is peaceful, caring, and kind.

That said, we do have a regrettable tendency to suffer from hubris, mainly with respect to the rest of the inhabitants on Earth.  We often feel like we have the right to twist the environment and its non-human inhabitants to our own desires, and expect that because of our big brains we should be able to predict all outcomes (and avoid any negative ones).  Burn fossil fuels, increase the amount of carbon dioxide in the atmosphere?  Pshaw, how could that cause a problem?  Overhunt, overfish, feed the world with big industrial farms that require millions of tons of fertilizer each year just to remain productive?  No problem.  We have to eat, right?

Few people think all that deeply about how interlocked the ecosystem is, and how complex.  You cannot affect one piece of it without affecting them all, often in unpredictable ways.  We are dealing with multi-variable analysis of a system we only partly understand, and acting as though we should be able to control it, acting as though we are somehow outside the system ourselves.

A vivid demonstration of this came in the early 1990s with the inauguration of Biosphere 2, the fascinating (and forward-thinking) ecology project in the Arizona desert, which consisted of a huge dome housing a variety of ecosystems.  It was constructed, and populated with plants and animals, so as to be self-sustaining, just as the Earth's system ("Biosphere 1") is.  Chemists, biologists, and ecologists combined their knowledge in the planning process, trying to get the initial balance exactly correct.  Then, in 1991, eight human scientists agreed to be locked inside the dome for two years, with no access to anything that wasn't locked in there with them.

Biosphere 2 experienced problems right from the get-go, and eventually the mission had to be cancelled:

Biosphere 2 suffered from CO2 levels that "fluctuated wildly" and most of the vertebrate species and all of the pollinating insects died.  Insect pests, like cockroaches, boomed.  In practice, ants, a companion to one of the tree species (Cecropia) in the Rain Forest, had been introduced.  By 1993 the tramp ant species Paratrechina longicornis, local to the area, had been unintentionally sealed in and had come to dominate...  [A] number of pollinating insects were lost to ant predation and several bird species were lost.

The oxygen inside the facility, which began at 20.9%, fell at a steady pace and after 16 months was down to 14.5%.  This is equivalent to the oxygen availability at an elevation of 4,080 meters (13,400 ft)...  A mystery accompanied the oxygen decline: the corresponding increase in carbon dioxide did not appear. This concealed the underlying process until an investigation by Jeff Severinghaus and Wallace Broecker of Columbia University's Lamont Doherty Earth Observatory using isotopic analysis showed that carbon dioxide was reacting with exposed concrete inside Biosphere 2 to form calcium carbonate, thereby sequestering both carbon and oxygen.

Now, I'm not criticizing the experiment, mind you; we learned a tremendous amount from it.  It's just that I think it serves primarily as an illustration that we don't know nearly enough to undertake ecomanagement on a large scale.

All of this is simply a preamble to my thoughts about an article sent to me by a friend, called "The Radical Plan to Eliminate Earth's Predatory Species."  In it, we hear the proposal by a British philosopher, David Pearce, who believes that because predation of all sorts causes suffering to sentient beings, we have a moral obligation to eliminate predators if we can. 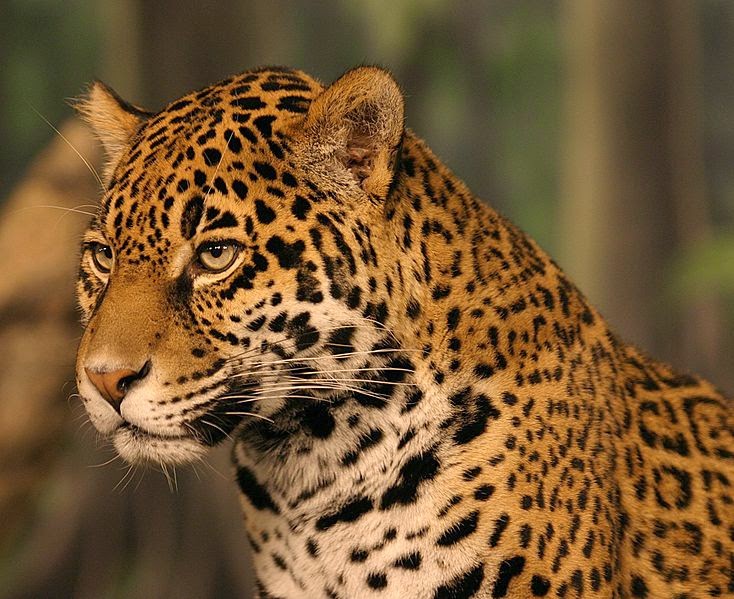 
Sentient beings shouldn't harm each other.  This utopian-sounding vision is ancient.  Gautama Buddha said "May all that have life be delivered from suffering".  The Bible prophesies that the wolf and the lion shall lie down with the lamb.  Today, Jains sweep the ground in front of their feet rather than unwittingly tread on an insect.

My own conceptual framework and ethics are secular — more Bentham than Buddha.  I think we should use biotechnology to rewrite our genetic source code; recalibrate the hedonic treadmill; shut down factory farms and slaughterhouses; and systematically help sentient beings rather than harm them...

Humans already massively "interfere" with Nature in countless ways ranging from uncontrolled habitat-destruction to captive breeding programs for big cats to "rewilding".  Within the next few decades, every cubic metre of the planet will be computationally accessible to surveillance, micro-management and control.  On current trends, large nonhuman terrestrial vertebrates will be extinct outside our wildlife parks by mid-century.  So the question arises.  What principle(s) should govern our stewardship of the rest of the living world?  How many of the traditional horrors of "Nature, red in tooth and claw" should we promote and perpetuate?  Alternatively, insofar we want to preserve traditional forms of Darwinian life, should we aim for an ethic of compassionate stewardship instead.  Cognitively, nonhuman animals are akin to small children.  They need caring for as such.

In answer to the inevitable charge of hubris, Pearce responds:


Inevitably, critics talk of "hubris".  Humans shouldn't "play God."  What right have humans to impose our values on members of another race or species?  The charge is seductive but misplaced.  There is no anthropomorphism here, no imposition of human values on alien minds.  Human and nonhuman animals are alike in an ethically critical respect.  The pleasure-pain axis is universal to sentient life.  No sentient being wants to be harmed — to be asphyxiated, dismembered, or eaten alive.  The wishes of a terrified toddler or a fleeing zebra to flourish unmolested are not open to doubt even in the absence of the verbal capacity to say so.

My criticism of Pearce's proposal -- which, he says, should be accomplished by genetic manipulation, selective breeding, and monitoring of animal populations with microchips -- does not rest on any high-flown philosophy.  It has, in fact, little to do with morals or values.  He is correct that we are already "playing god," and have been for millennia, with our selective breeding and large-scale ecological manipulation for food production and living space.  What I question is purely pragmatic; if we don't know enough to manage even a three-acre simulated biosphere, using the skills, insight, and planning of the world's best ecologists, how in the hell do we think we're smart enough to micromanage the entire globe?

Pearce's motivation, and ultimate goal -- eliminating pain and suffering, even from less-cognitively-developed animals like insects -- is, on one level, laudable.  I've been a biologist long enough that I can consider an incident like a cheetah killing an antelope as positive in the larger sense of keeping the eco-community in balance.  At the same time, I'm compassionate enough that I feel sorry for the antelope, and pity the victim for the fear and pain that it experienced as its life ended.  That emotional reaction is not sufficient, however, to fool me into thinking that we as a species know enough to overturn the predator-prey interaction, evolved for billions of years, in some sort of misguided attempt to make things better.

Pearce says, "A few centuries from now, if involuntary suffering still exists in the world, the explanation for its persistence won't be that we've run out of computational resources to phase out its biological signature, but rather that rational agents — for reasons unknown — will have chosen to preserve it. "  I think this is not only wrong, but dangerously wrong.  The hubris of his position is not that presumes human moral superiority; it is that it presumes a far greater comprehension of this planet's systems than we have, or are likely to have in the foreseeable future, even considering the expansion of our scientific understanding over the last couple of centuries.

Our ecological management of the world is rife with examples of actions undertaken with the best of intentions, and which had drastic and unexpected consequences.  Pearce might well label me as immoral for accepting the inevitability of predation, and therefore suffering, in the world; but his position -- that we could use our scientific and technological capacities to eliminate it -- isn't just the words of an optimist who makes Pollyanna look like a cynic.  It exemplifies the attitude that got us to the disastrous place where we currently are -- in the beginning of the Sixth Great Extinction, facing radical climate change, facing the collapse of the ocean's fisheries -- all resulting from the stance that "we know what we're doing."

Only Pearce's vision, of micromanagement of the whole world, goes one step beyond blind eco-optimism; it puts us in the position of pulling all of the Earth's strings.  And, I believe, it opens up the possibility of fucking things up on a scale the likes of which we've never seen before.
Posted by Gordon Bonnet at 4:25 AM