One of the reasons that it is critical that we all be science-literate is because it is becoming increasingly apparent that the popular media either (1) hires reporters that aren't, or (2) values getting people to click links over accurate reporting.

I suspect it's (2), honestly.  The most recent examples of this phenomenon smack of "I don't care" far more than they do of "I don't know."  Just in the last week, we've had three examples of truly terrible reporting in media outlets that should have higher standards (i.e., I'm not even considering stuff from The Daily Mail).

And, for the record, this doesn't include the recent hysterical reporting that melting roads in Yellowstone National Park mean that the supervolcano is going to erupt and we're all going to die.

The first one, courtesy of the Australian news outlet News.Com.Au, pisses me off right from the outset, with the title, "A Mysterious Crater in Siberia Has Scientists Seeking Answers."  Because seeking answers isn't what scientists do all the time, or anything.  Then, right in the first line, we find out that they're not up to the task, poor things:  "Scientists baffled by giant crater... over northern Siberia -- a region notorious for devastating events."

"Baffled."  Yup, that's the best they can do, those poor, hapless scientists.  A big hole in the ground appears, and they just throw their hands up in wonderment.

Before we're given any real information, we hear some bizarre theories (if I can dignify them by that name) about what could have caused the hole.  UFOs are connected, or maybe it's the Gates of Hell, or perhaps the entry to "the hollow Earth."  Then they bring up the Tunguska event, a meteor collision that happened in 1908, and suggest that the two might be connected because the impact happened "in the region."

Despite the fact that the new crater is over a thousand miles from the Tunguska site.  This, for reference, is about the distance between New Orleans, Louisiana and Albuquerque, New Mexico.

Only after some time are we told that the Siberian crater site is also the site of a natural gas field in which explosions have taken place before.  In fact, the whole place is pocked with circular craters, probably caused by methane explosions from the permafrost -- i.e., it's a completely natural phenomenon that any competent geologist would have been able to explain without even breaking a sweat.


But this is world-class journalism as compared to ABC News Online, which just reported that Brazil got knocked out of the FIFA World Cup because of Mick Jagger's support.

To be fair, ABC News wasn't intending this as science reporting, but from all evidence, they did take it seriously.  Here's an excerpt:


It seems the Rolling Stone frontman has developed a reputation for jinxing whatever team he supports. Some Brazilian fans are even blaming Jagger for their team’s 7-1 thrashing by Germany in Tuesday’s semifinal game.

The 70-year-old singer turned up at the game with his 15-year-old son by Luciana Giminez, a Brazilian model and celebrity. Though he wore an England cap, his son was clad in Brazil jersey and they were surrounded by Brazil supporters.

The legend of the “Jagger Curse” dates back to the 2010 World Cup in South Africa, where he sat next to Bill Clinton for the USA-Ghana match, only to see the U.S. lose 2-1. When he attended the England-Germany game the next day, wearing an England scarf, his home country lost. But it wasn’t until the Dutch defeated Brazil during the quarterfinal round, where Jagger turned up in a Brazil shirt, that the Brazilians first blamed him for the loss.

Seriously?  It couldn't be that the winning team played better, could it?  You know, put the ball into the net more times?

It has to be Mick Jagger's fault?  Because of a magical jinx?


So I'm just going to leave that one sitting there, and move on to the worst example, which has been posted about five million times already on Facebook, to the point that if I see it one more time, I'm going to punch a wall.  I'm referring, of course, to the earthshatteringly abysmal science reporting that was the genesis of The Week's story "Study: Smelling Farts May Be Good For Your Health." 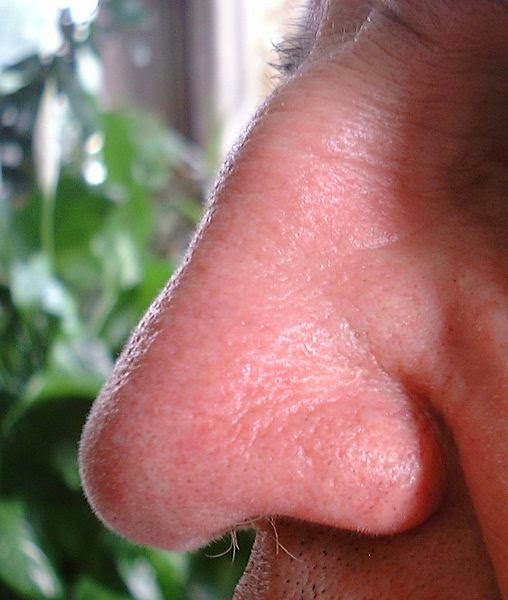 I'm hoping beyond hope that most of the people who posted this did so not because they believed it, but because most of us still don't mind a good har-de-har over flatulence.  But the story itself is idiotic.  Here's the first paragraph:


The next time someone at your office lets out a "silent but deadly" emission, maybe you should thank them. A new study at the University of Exeter in England suggests that exposure to hydrogen sulfide — a.k.a. what your body produces as bacteria breaks down food, causing gas — could prevent mitochondria damage. Yep, the implication is what you're thinking: People are taking the research to mean that smelling farts could prevent disease and even cancer.

Well, at the risk of sounding snarky, any people who "take this research" this way have the IQ of cheese, because two paragraphs later in the same article the writer says what the research actually showed:


Dr. Matt Whiteman, a University of Exeter professor who worked on the study, said in a statement that researchers are even replicating the natural gas in a new compound, AP39, to reap its health benefits. The scientists are delivering "very small amounts" of AP39 directly into mitochondrial cells to repair damage, which "could hold the key to future therapies," the university's statement reveals.

There is a difference between smelling a fart and having small amounts of dissolved hydrogen sulfide enter the mitochondria of your cells.  It is like saying that because sodium ions are necessary for proper firing of the nerves, that you'll have faster reflexes if you put more salt on your t-bone steak.  Worse than that; it's like saying that you'll have faster reflexes if you snort salt up your nose.

I know that media outlets are in business to make money, and that readers = sponsors = money.  I get that.  But why do we have a culture where people are so much more interested in spurious nonsense (or science that gets reported that way) than they are in the actual science itself?  Has science been portrayed as so unutterably dull that real science stories are skipped in favor of glitzy, sensationalized foolishness?

Or is it that we science teachers are guilty of teaching it that way, and convincing generations of children that science is boring?

Whatever the answer is to that question, I firmly believe that it's based on a misapprehension.  Properly understood, the science itself is cool, awe-inspiring, and fascinating.  Okay, it takes a little more work to understand mitochondria than it does to fall for "sniffing farts prevents cancer," but once you do understand what's really going on, it's a hell of a lot more interesting.

Oh, and it has one other advantage over all this other stuff: it's true.
Posted by Gordon Bonnet at 2:39 AM