Flight of the dead

At least the young-earth creationists admit that there's evidence out there that needs an explanation.  Fossils?  Left behind by the Great Flood.  Genetic and morphological homology between related species?  Coincidence.  Light from stars further away than 6,000 light years?  The speed of light changes as it goes.  Or light stretches.  Or weakens.  Or something.

So, okay, they're wrong, about nearly everything scientific that you could be wrong about.  But at least they don't come up with batshit crazy nonsense for which there is no evidence, and then argue that your evidence doesn't exist.

Which is, by and large, the conspiracy theorist's favorite modus operandi.  Take, for example, the latest wacko explanation (if I can dignify it by that name) of the recent tragic downing of Malaysia Airlines Flight MH 17 by Ukrainian separatists: the whole thing was staged in order to force a confrontation between the United States and Russia, and the plane itself was being flown remotely and was peopled entirely by corpses. 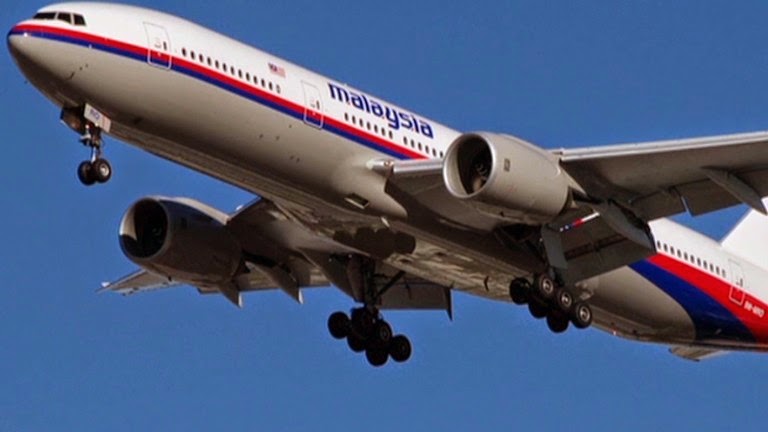 My first thought upon reading this was that the originator of this "theory" must have believed that the Sherlock Holmes episode "A Scandal in Belgravia" was a historical documentary.  What evidence, you might rightly ask, does anyone have that this conjecture is true, other than that provided by Mr. Freeman and Mr. Cumberbatch?

A statement that rebel leader Igor Girkin made that a number of the bodies at the crash site did not appear to be "fresh."

Well, if the plane I'm on gets blown out of the sky, and I fall 30,000 feet, I'm guessing I won't be looking my "freshest" at that point, either.  And afterwards, Girkin reportedly said that he could "neither confirm or deny" the claim.

But that was all it took.  The plane was full of corpses.  The whole thing was a setup.  This, despite the fact that one of the passengers on the doomed plane, Mohammed Ali Mohammed Salim of Kuala Lumpur, took a video of himself and other passengers getting settled right before the plane was preparing to take off, and uploaded it to Instagram along with the message that he was "a little nervous."

For good reason, as it turned out.

But no, say the conspiracy theorists, Salim's video itself is a fake, made hurriedly by the Evil Conspirators once Pillars of Sanity and Rationalism like Alex Jones and Jeff Rense began to figure the whole thing out.

Then, of course, we had the people who said that it couldn't be a coincidence that disaster has struck Malaysia Airlines twice within just a few months.  Maybe... maybe it wasn't a coincidence.  In fact, maybe MH 17 and MH 370, the flight that disappeared over the Indian Ocean this past March were...

At least, I think that's what is being claimed on this site, wherein we are treated to the following brain-boggling chain of thought:


How brain dead do they think we are???

Our previous articles have covered the MH370 who, when, where and why but not the WHAT. What happened to MH370 after they whisked it into the airport hangar at Diego Garcia?

The WHAT question has now been answered. MH370 was remarked and became Malaysian flight MH17. It was flown to Amsterdam where it picked up passengers and flew over the western allied Ukraine where it "disappeared from radar" and was shot down and destroyed. The Russian government was blamed in order to alienate and inflame existing Ukraine tensions with Russia. Now who would want to do that exactly???? Duh...

In view of the unlikely coincidence of two Malaysian Boing 777's being downed within 3 months of each other, there's undoubtedly a connection!

Over 500 passengers have been murdered on board two "downed" Malaysian Boeing 777's within 3 months of each other. This is NOT a coincidence.

Well, yes, actually it is.  That's what you call it when two events coincide.

What gets me about this, and (in fact) what gets me about all conspiracy theories, is how the proponents of these nutty ideas think that an absence of evidence is actually a point in their favor.  No conclusive proof that the dead bodies at the MH 17 crash site were already badly decomposed?  Well, it must be true, then.  No trace whatsoever of missing flight MH 370?  It must have landed on Diego Garcia.

Which, of course, makes them impossible to counter.  Any evidence you can produce against their argument has been manufactured; any lack of evidence on their part is just proof of how sneaky these false-flag-loving illuminati are.

All of which kind of makes me pine for a nice rip-roaring argument with a young-earth creationist.  Ken Ham?  Kent Hovind?  Andrew Snelling?  Anyone?

Damn.
Posted by Gordon Bonnet at 2:50 AM