I'm sure that most of you have heard of Boko Haram, the group of Nigerian extremist Muslim nutjobs who hate the secular west's culture so much that they have started preying on their own people.  These are the loons who have, according to Nigerian President Goodluck Jonathan, killed over 12,000 people, and who were responsible for the kidnapping earlier this year of 234 girls who were students at a government-run girls' school.  As of the writing of this post, the girls have not been returned to their families; Boko Haram leaders promised that they would be married off to devout Muslims.  The "Save Our Girls" campaign, which attracted international attention, accomplished (unfortunately) nothing but allowing Boko Haram to gain a spot on the world stage. 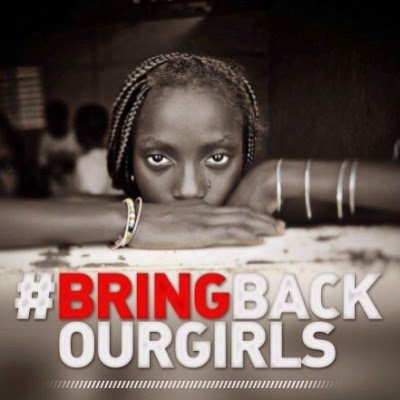 Even the name "Boko Haram" means "Western education is a sin."

So these people are, by any conventional definition of the word, evil.  And anyone who opposes them, by whatever means, is to be lauded.

The Association of Nigerian Witches and Wizards.

According to an article on the site Bella Naija, the Association (called, from its name in Yoruba, "WITZAN") has issued an ultimatum to Boko Haram leader Abubakar Shekau; knock it off or face the magical consequences.

"Witches and wizards in Nigeria are deeply worried by what is going on in the country, especially Boko Haram insurgency," said WITZAN spokesperson Dr. Okhue Iboi.  "As stakeholders in the Nigerian project, we can no longer afford to fold our hands while the nation burns.  Enough is enough."  He added that "our fellow brothers and sisters from the three northeastern states pleaded for the emergency meeting, to help cage Shekau and his blood-thirsty lieutenants."

And now that the magicians have gotten involved, Shekau's days are numbered.  He will be captured before December, Iboi said, and will be "paraded on the streets of Abuja and Maiduguri for the world to see."  As for the missing girls, their parents should smile, because "those girls are coming back home.  They will be rescued."

So... yeah.  This puts me in the odd position of being in support of a wizard and his woo-woo pals.  I mean, the WITZAN folks clearly aren't in very solid touch with reality themselves, but for pete's sake, they're preferable to Boko Haram.

On the other hand, maybe this is the right way to go about it.  The Boko Haram folks are themselves deeply superstitious.  The Nigerian government has been fighting these lunatics since at least 2002, using conventional tactics, without much success.  If anything, the radicals have gained strength and confidence; there have been 43 deadly attacks in 2014 alone, and over 2,000 dead.  Maybe if WITZAN can convince the members of Boko Haram that they're being ritually cursed, enough of them will get spooked that they'll desert.

Fight fire with fire, you know?  Maybe they should give it a try.  Nothing else has seemed to work.
Posted by Gordon Bonnet at 4:25 AM