The selfie from hell

"Selfies" are all the rage these days.  Heaven knows why, because they're usually poorly composed and not in focus.  They also tend to be taken at inadvisable times, such as when the subject-and-photographer has had one too many strawberry daiquiris, which is almost certainly what resulted in the invention of the truly unfortunate cultural phenomenon of "duck lips."

I won't say that I haven't succumbed to the temptation myself once or twice, although I hasten to add that it was sans daiquiris and "duck lips."  Here's a twofer selfie my wife and I took while we were hiking in the Grand Tetons a couple of weeks ago: 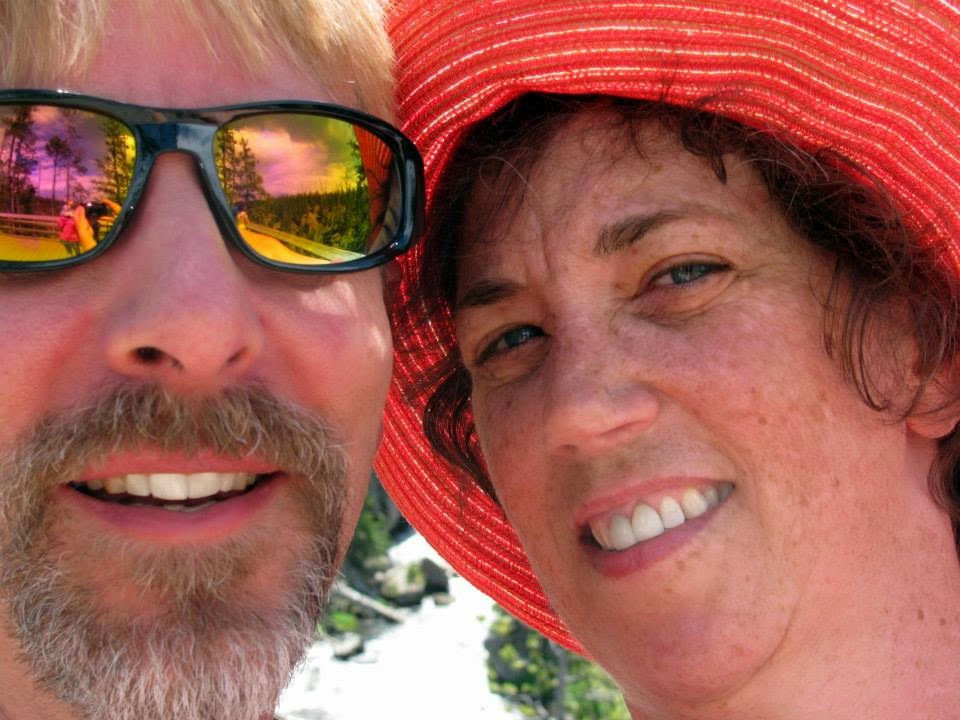 So they don't all turn out terrible, or embarrassing, the kind of thing you look at later and say, "How did this end up on my camera?"

Which was apparently the question that was asked by one Gina Mihai, 34, of an unnamed village in Romania, according to a story in The Daily Mirror (and reported on Sharon Hill's wonderful site Doubtful News, which is where I ran across it).  Mihai says she was looking through the photographs on her cellphone one day recently, and found the following rather horrifying image: 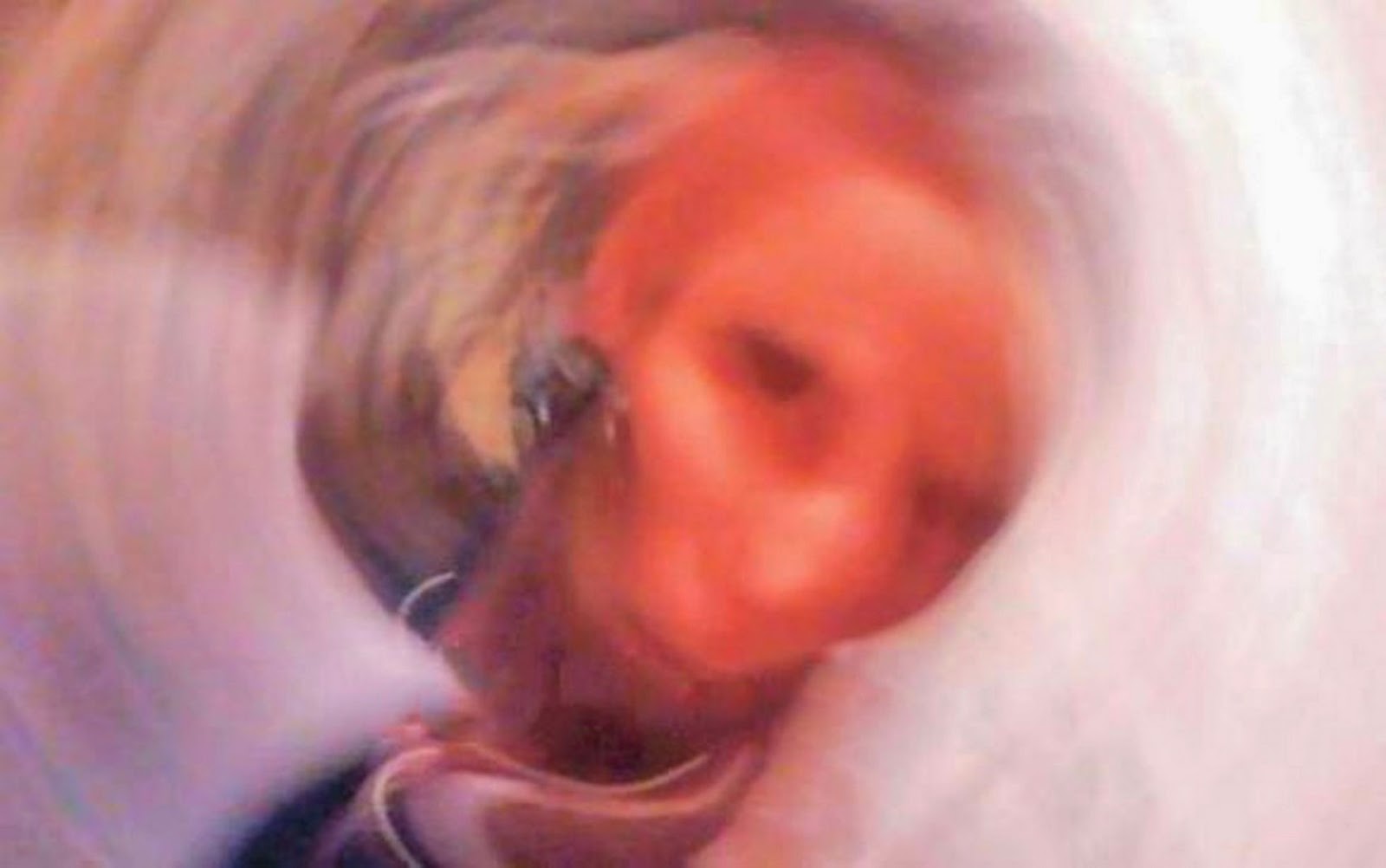 Pretty scary.  Mihai was understandably creeped out, but she had an explanation ready at hand.  She told reporters, "When I switched the phone on I was horrified to see my dead grandmother’s face.  She had what looked like a snake around her neck, and the whole image looked as if it had been taken through a hole, like it was shot through a tear in the fabric that separates the living from the dead."

In other words, poor grandma ended up in hell, and for some reason decided to send her granddaughter what amounts to an infernal selfie.  Here's grandma in real life, just before she died: 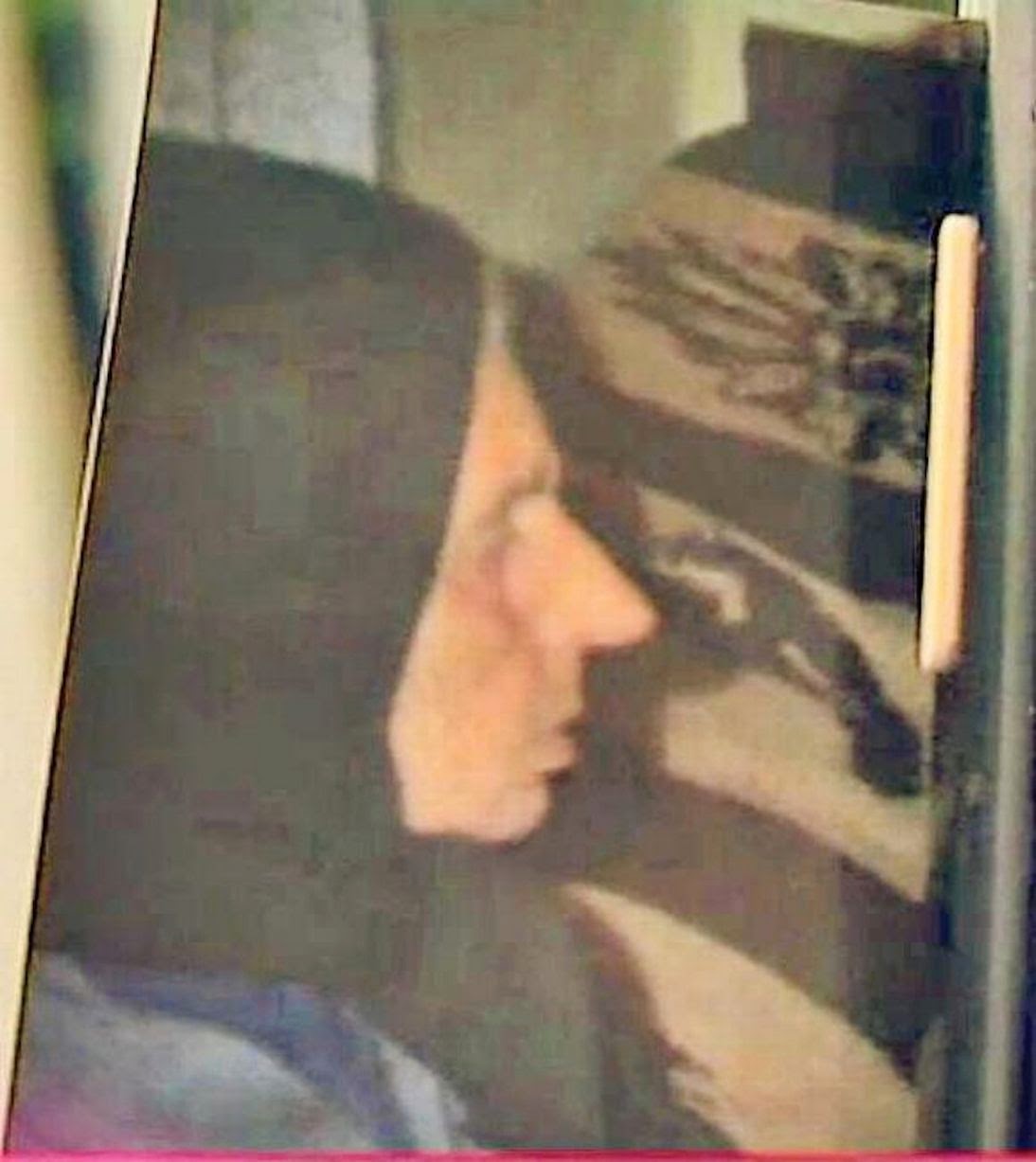 I don't really see a lot of resemblance, myself.  But maybe that's because being in hell, not to mention having a snake around your neck, would kind of have a tendency to change your facial expression.

Mihai followed up the experience with a visit to a fortune-teller, because of course that's who you'd want to see if you wanted a touchstone of reality.  And the fortune-teller said that Mihai was right, granny was in hell, and the snake around her neck was because she was "being punished for certain sins."

The trouble is, the article also had a photograph of Mihai herself, which I include below: 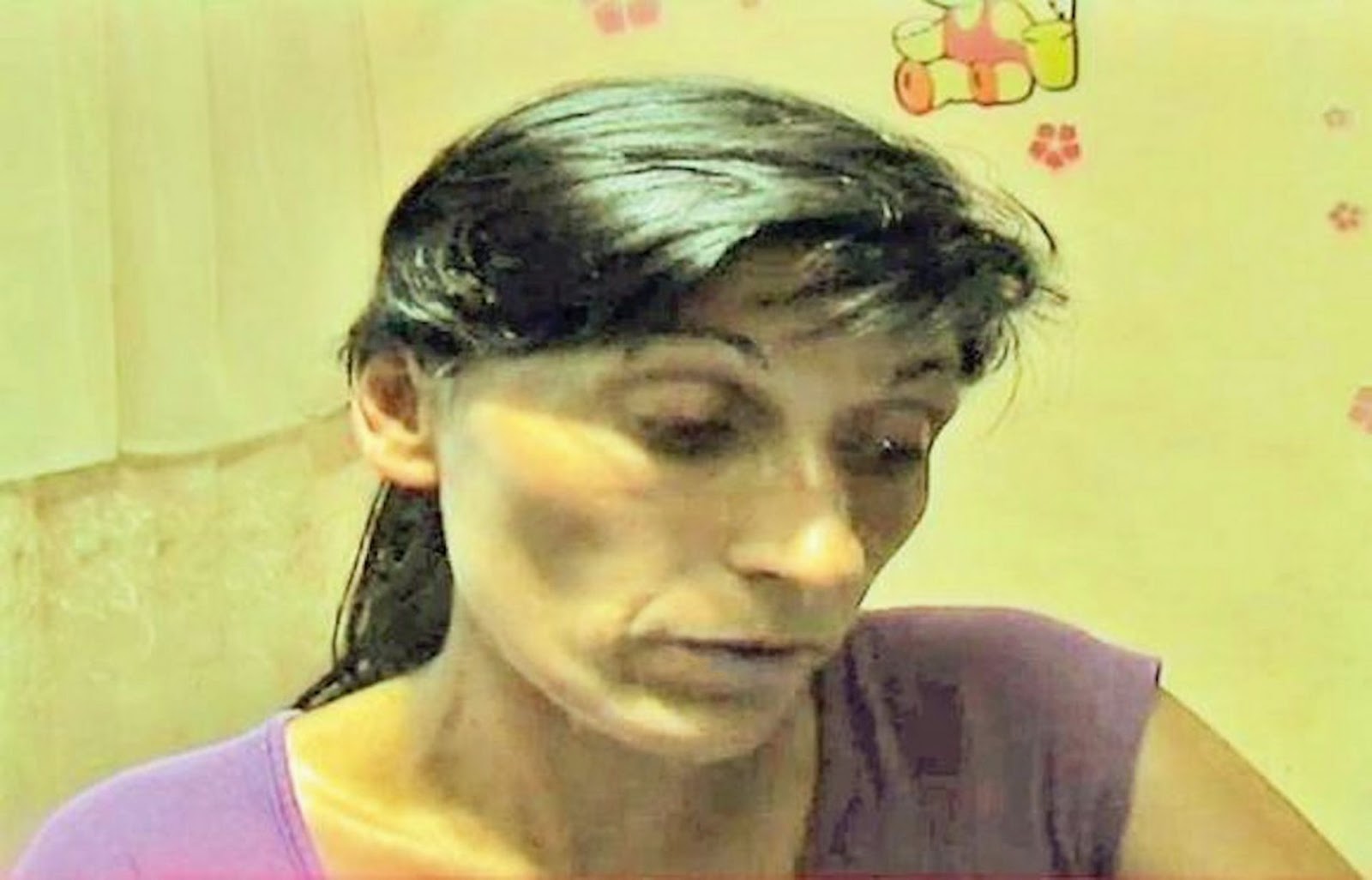 And what strikes me is that the "selfie from hell" looks more like Mihai than it does like her grandmother.  My contention (and Sharon Hill's, too) is that Mihai digitally altered a photograph of herself, an easy enough thing to do with any ordinary image modification software, and now is getting her fifteen minutes of fame by disparaging her poor grandma.

But even if her contention is correct, and grandma is in hell, I thought that once you were there, it amounted to solitary confinement in the Lake of Fire?  It's hard to imagine Satan allowing texting:

Grandma:  Excuse me, Your Infernal Evilness, can you hang on a minute?  I just need to send a message to my granddaughter.  *takes pic of herself with her cellphone*

Satan:  Well, okay, I'll let it go this time.  Just so long as you don't do "duck lips."  That earns you five more years in the red-hot lava pit.

Grandma:  How about the snake around my neck?  I can show my granddaughter that, right?

So the whole thing seems pretty improbable to me, just as improbable as the claim we looked at a couple of days ago wherein god was allegedly communicating with a chef via patterns of seeds inside an eggplant.  You'd think that being powerful supernatural beings, they'd pick more direct ways of speaking to us, wouldn't you?  Like gigantic burning bushes or pillars of fire or hosts of heavenly and/or demonic entities rushing about.  But you never see any of that stuff, despite what you hear in all the folklore.

I wonder why that is.
Posted by Gordon Bonnet at 3:42 AM