A journey with the Denisovans

Every once in a while, I'll run across a piece of research that will make me think, "Ha!  How will the creationists explain that?  They'll have to admit that the evolutionary model is correct now!"

I am always wrong.

Assuming your conclusion, apparently, means never having to say you're sorry.

Take, for example, the recent study by Emilia Huerta-Sánchez et al., that showed that altitude adaptation in the Tibetan people was likely to be due to the presence of a specific gene from a group of Siberian proto-hominins called the Denisovans.  The gene, called EPAS1, protects the individuals who have it against hypoxia when the oxygen concentrations are low, is are not found in surrounding groups (the Han Chinese) but is found in the DNA of the now-extinct Denisovans.  Huerta-Sánchez et al. write:


As modern humans migrated out of Africa, they encountered many new environmental conditions, including greater temperature extremes, different pathogens and higher altitudes.  These diverse environments are likely to have acted as agents of natural selection and to have led to local adaptations.  One of the most celebrated examples in humans is the adaptation of Tibetans to the hypoxic environment of the high-altitude Tibetan plateau. A hypoxia pathway gene, EPAS1, was previously identified as having the most extreme signature of positive selection in Tibetans, and was shown to be associated with differences in haemoglobin concentration at high altitude.

Re-sequencing the region around EPAS1... we find that this gene has a highly unusual haplotype structure that can only be convincingly explained by introgression of DNA from Denisovan or Denisovan-related individuals into humans. Scanning a larger set of worldwide populations, we find that the selected haplotype is only found in Denisovans and in Tibetans, and at very low frequency among Han Chinese.  Furthermore, the length of the haplotype, and the fact that it is not found in any other populations, makes it unlikely that the haplotype sharing between Tibetans and Denisovans was caused by incomplete ancestral lineage sorting rather than introgression.

Put more simply, the scientists found that because of the distribution of the gene, the presence of EPAS1 in Tibetans was much more likely to be due to introgression (hybridization between two distinct species followed by repeated backcrossing to one of the parent species) rather than common ancestry followed by strong selection for phenotype.

Given that the Denisovans are otherwise genetically distinct from modern humans -- work by paleontologist Svante Pääbo supports the conclusion that the Denisovans represent a group whose ancestors left Africa, and have been separate from, both Neanderthals and modern humans for half a million years -- you'd think this would lead anyone who thinks that all humans come from a single family who miraculously survived the Great Flood less than 6,000 years ago to have some serious second thoughts. 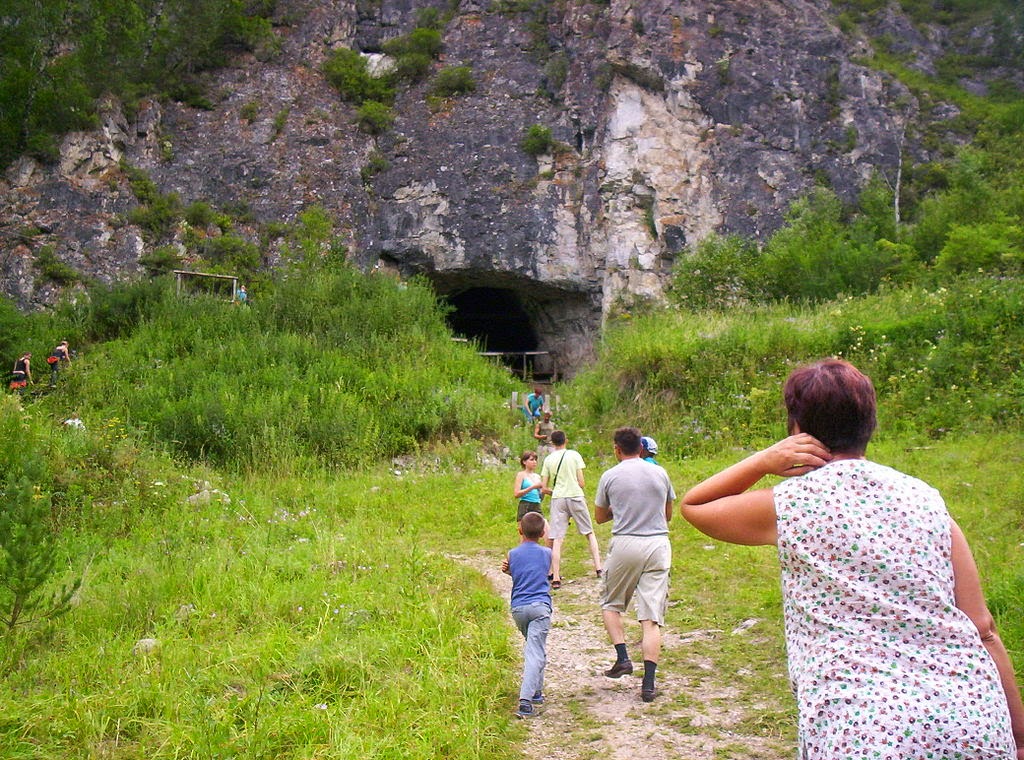 Nope.  Should have known better.  Turns out the creationists, for some reason, love the Denisovans, although I'm still at a loss for why.  Take, for example, what they have to say about all of this over at Creation.com:


It was easy to compare the [Denisovan DNA] to modern man, but in order to make comparisons to Neanderthal they needed more and better Neanderthal DNA to be sequenced.  The results were startling, for the Neanderthals turned out to be very close relations to each other, and this includes individuals from Spain, Germany, Russia and Croatia.  They were closer as a group than any of the modern populations used in the study.  That is a very large area for a very closely related group of people to cover.  The authors used the phrase “drastic bottleneck” to describe what they believe must have happened in the early years of the Neanderthal family line.  We do not feel it is ‘drastic’ to believe the Neanderthals were one family group who spread out into western Eurasia in the years after the Flood, who intermingled with other people groups as they also spread out, and who eventually died out as many other people groups have done in history...

As with Neanderthals (from whom these Denisovans probably were a further splitoff), the evidence from hybridization scotches any notion that these were other than post-Babel descendants of Adam.

Or if you've a taste for even more bizarre pretzel logic, there's this, over at New Discoveries & Comments About Creationism:


How could have ancient humans who lived in a Siberian cave who were considered lower than Neanderthals interbreed with modern humans?  Before the sequencing of the genome took place it would have been considered, impossible!  But in human evolution, falsifications are confirmations...

Rather than admitting their evolutionary story had been wrong with real-time observations, it’s now a race to get to the finish line. Not only that but it is implausible that this bone contained 70% of its original DNA after 82,000 years!  Who would believe such preservation of soft tissue?  It’s a stretch to say the least.  It’s much more likely that this individual lived a few thousand years ago at most...

While a new sequencing technique now available to researchers that can be used to discern a genome from one DNA strand rather than both is quite remarkable but trying to explain it in historical terms which is forced into a particular framework known as human evolution, is not remarkable, it’s not even science.

We live in an exciting time, since the earth is actually thousands of years old, we are able to learn more about the past rather than loosing [sic] valuable information which comes from DNA if the earth was older!

So... because the Denisovans interbred with some human populations, they had to be modern humans, and therefore less than 6,000 years old, and therefore god and the bible and the flood and all the rest of it.

Pardon me for a moment while I recover from the headdesk I just did.

I always expect, somehow, that logic and science and rationality will reach people.  Science remains our best tool for understanding the universe, and has a proven track record of uncovering the deepest, subtlest mechanisms of the world around us.

And what's odd is that the creationists pretty much buy all of it except evolution and cosmology.  Anything else is awesome -- chemistry, medical science, atmospheric science, most of physics, much of geology, and damn near all of the technological manifestations of scientific research.  Science and the scientific method, apparently, work just fine in all of those realms.

So I'm probably engaging in a forlorn hope to think that the recent work on the Denisovans will have any effect on that.  Call me foolish, but I keep believing that one day, this will change, that the habit of teaching Bronze-Age creation myths to children as if they were fact will be over for good.

But to quote Aragorn, that day is not today.  As I said earlier, if you assume your conclusion, magic happens.  It's just that in this case, the magic has to do with insulating you from reality.
Posted by Gordon Bonnet at 4:58 AM