Following hard on the heels of yesterday's post, wherein we looked at a creationist website and its unfortunate collection of misinterpreted and cherry-picked quotes in support, today we're going to examine the latest hijinks of the Adam-rode-a-dinosaur crowd.  Namely, a group of Dallas researchers who want to set out to prove "scientifically" that the biblical account is literally true. 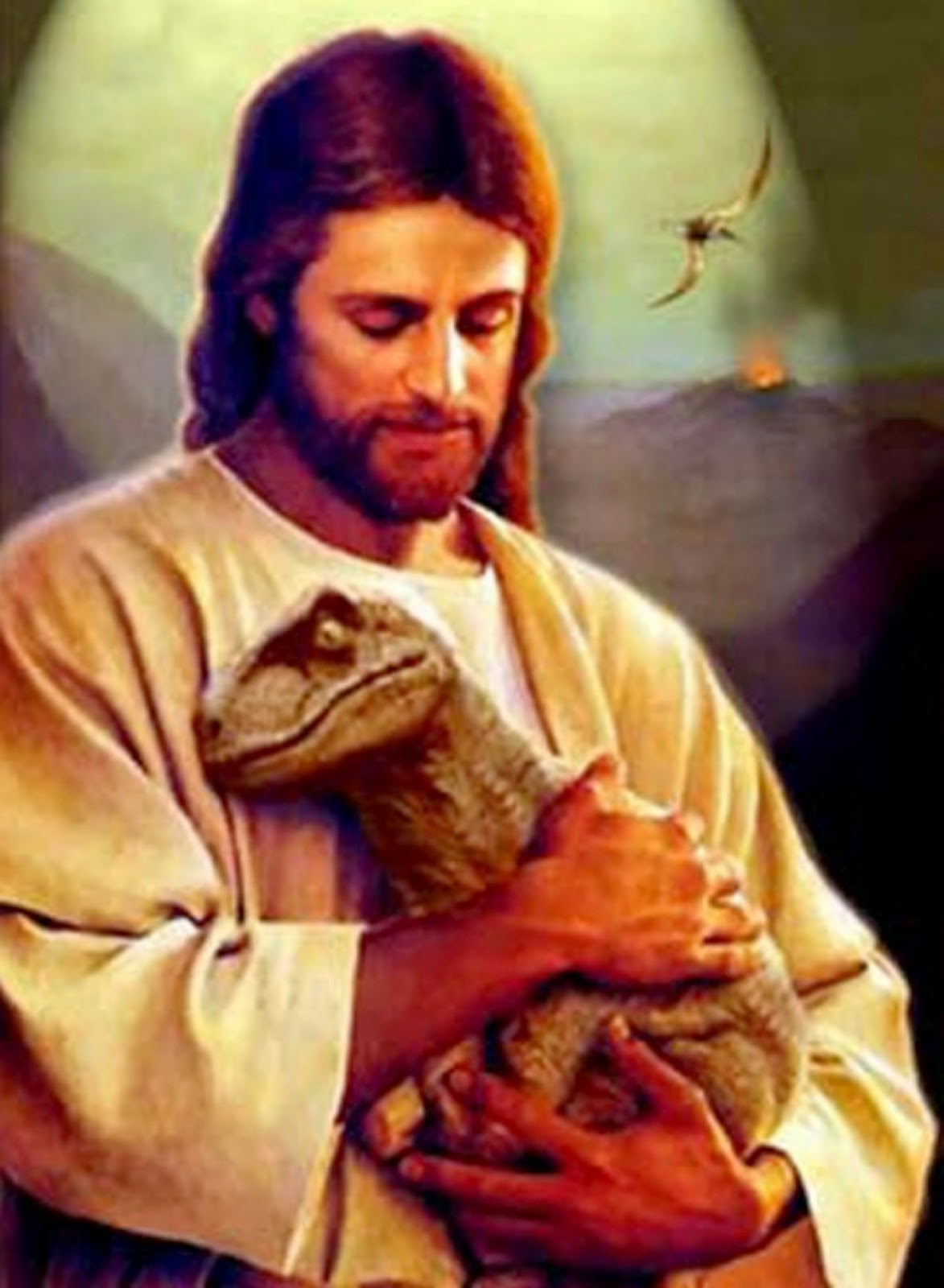 The effort is headed up by Henry Morris III, who has 49 people on his payroll and an annual budget of seven million dollars and who is affiliated with the Institution for Creation Research.  And he apparently is earnest.  "Our attempt is to demonstrate that the Bible is accurate, not just religiously authoritative," Morris told reporters for the Dallas News.  "The rationale behind it is this: If God really does exist, he shouldn’t be lying to us.  And if he’s lying to us right off the bat in the book of Genesis, we’ve got some real problems."

Well, yeah, I can't argue with that.

But his staff members, of course, don't take that statement the same way as I do.  One of them, astrophysicist Jason Lisle, said, "I think everyone here is doing it because we believe in the message and we ultimately want people to be saved.  We want people to realize the Bible is trustworthy in matters of history and when it touches science.  And because you can trust it in those areas, you can trust it when it comes to how to inherit eternal life."

Which makes me scratch my head in puzzlement, mostly because I cannot conceive how you could be an astrophysicist and a biblical literalist at the same time.  Astrophysicists study objects that are unimaginably distant, some of them millions of light years away.  And if you believe that the universe and everything in it is only six thousand or so years old, then six thousand light years should be the furthest we can see -- because if there was anything more distant, its light wouldn't have reached us yet.

For reference, the Andromeda Galaxy, which you can easily see with binoculars on a clear night, is a bit over 2.5 million light years away.

So anyway, you have to wonder what these "scientists" -- and I use the word with some hesitation -- will come up with.  As I have commented before, when you assume your conclusion, magic happens.

But what places all of this nonsense in the realm of inadvertent comedy is a revelation broken over at the wonderful blog Why Evolution Is True, wherein we find out that an interview with the aforementioned Jason Lisle on the Dallas Morning News was green-screened in front of a fake lab and a whiteboard with a bunch of meaningless scribbles, including a bulleted list that says, and I quote, "Dino's, Ice, Rocket Man."  (Click the link to see the shot of the whiteboard; it's a hoot, and the site deserves your visit.)

So right from the get-go they're not exactly being honest about their "research," which should surprise no one.  There's no way you actually could do honest scientific research and come to these conclusions.  The evidence that the universe was created six thousand years ago is nonexistent -- making me curious about what they're doing with their seven million bucks annual budget other than paying their "scientists" to scribble random shit on the lab whiteboard.

Anyway, that's our news from the Genesis crowd.  I'm expecting the whole thing to fizzle, given the fact that there's pretty much nothing there to be studied.  On the other hand, expect a glowing report of success on the ICR's website to appear forthwith.  Given their history, they won't let a little thing like abject failure stop them.
Posted by Gordon Bonnet at 4:42 AM