There's a lot of misunderstanding out there about the definition of the word "skeptic."

"Skeptic" is not synonymous with "disbeliever."  "Climate-change skeptics," for example, aren't skeptics, since skeptics are swayed by evidence, and the vast preponderance of evidence is in favor of anthropogenic climate change.  Those "skeptics" are better termed "deniers."

The dictum of always looking for a natural solution is a sticking point, for some folks.  The end result  of accepting a supernatural explanation, though, is often the lazy way out -- you arrive at "it's magic" or "it's god" and then stop.  No further comprehension of the world is necessary at that point, or perhaps even possible.

I find that an unsatisfactory protocol for understanding how the universe works.  I want to know what's really going on -- what the actual mechanism is.  And once we decide that magic works, that anything is possible even if it contravenes the known, tested laws of science, then the door shuts.

Take, for example, the case of Ken Webster, Thomas Harden, and the haunted computer. 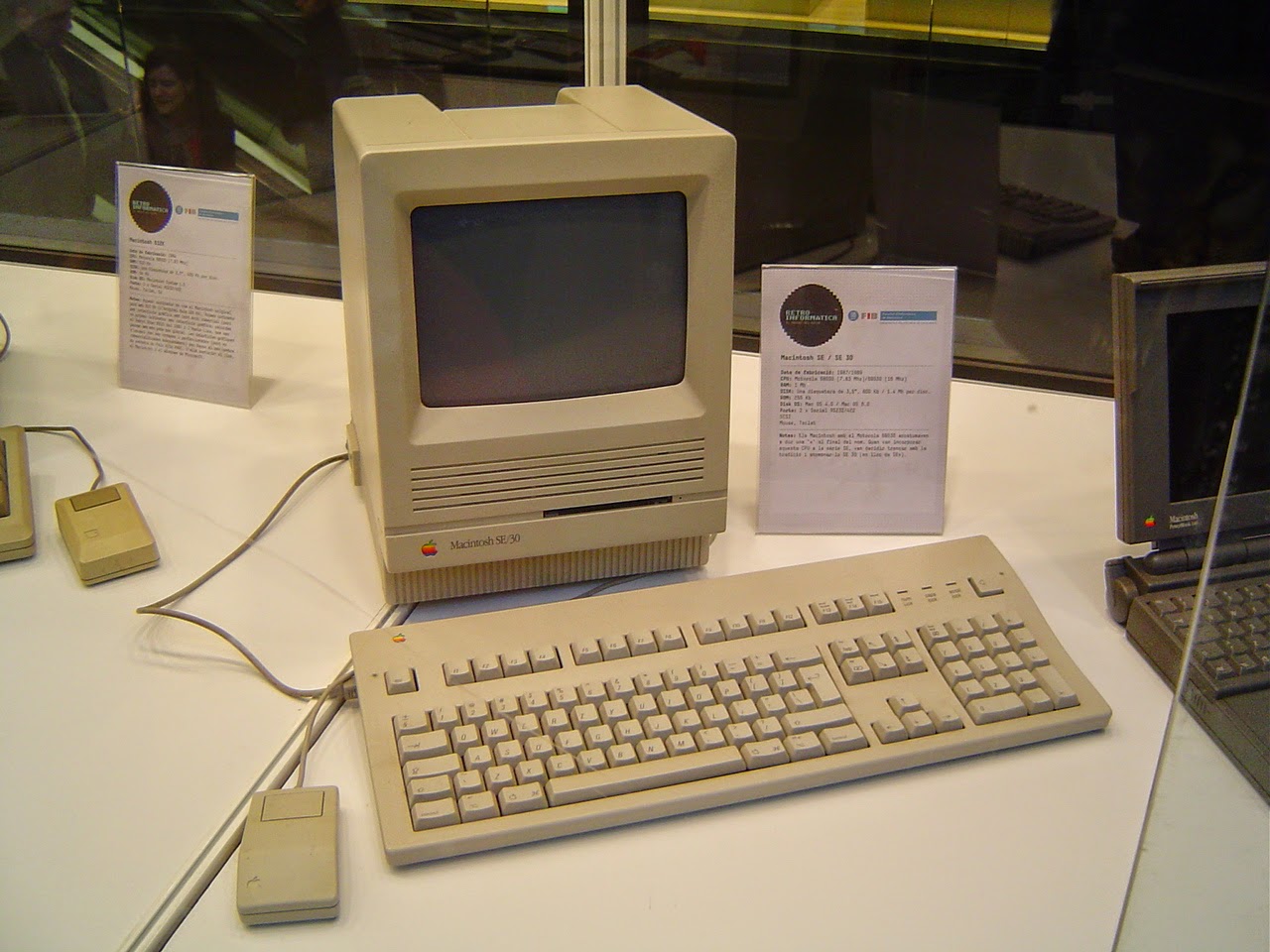 The bare bones of the story can be found at the site Instrumental TransCommunication, but there is a much more exhaustive telling in the book The Dead Roam the Earth: True Stories of the Paranormal From Around the World by Alasdair Wickham.  Here is the basic idea of the claim:

In 1984, a young man named Ken Webster moved with his girlfriend to an unnamed village in north Wales.  They report that poltergeist activity was already happening in the house even before what was to become the main event started -- canned food being moved around and rearranged in cabinets, newspapers levitating from the table, and six-toed footprints appearing from nowhere in cement dust during a renovation.  But the real trouble started when Ken brought home what was, at the time, cutting-edge technology -- a BBC personal computer with a disc drive and 32 KB of RAM.

One evening, Ken was idling on the computer when he found a file on a disc named "KDN."  He didn't recognize it as anything that belonged to him or his girlfriend, so he opened it, and found the following message:


Ken Deb ni c
True A re The NIGHTmares
Of a pErson t hat FEARs
Safe A re The BODIES Of tHe
Silent WORLD
Turn Pr etty FlowER tuRn
TOWARDS The SUN
For Y o u S HalL GroW
AND SOW
But T he FLOWer Reaches
TOo high and witHERS in
The B urning Light
G E T OU T YOU
R BR ICKs
PuSsy Ca t PUSSy Cat
Went TO LonDOn TO
Seek
FamE aND FORTUNE
Faith Must NOT Be
LOst
For ThiS Shall
Be YouR REDEEMER.

Understandably creeped out by this, he and his girlfriend decided to approach the whole thing scientifically.  If there was a spirit who liked to communicate via PC, they'd give him/her/it the opportunity.  So they left the computer on, all the time, to see if any further communiqués from the Other World appeared.

And appear they did.

The first morning after the computer had been left on all night, the following file was found on the disc drive:


I WRYTE ON BEHALTHE OF MANYE -- WOT STRANGE WORDES THOU SPEKE

Besides the fact that you'd think the Spirit World would have figured out about caps locks by now, the voice in the new message seemed light years from the random weirdness in the first.  The spirit had even signed its initials.  So Ken asked the spirit who it was, and to give more information about its history.

And the spirit obliged.  Over the next few weeks, Ken found out that the spirit was one Lukas Wainman, who had lived in the first half of the sixteenth century and had been a fellow of Brasenose College, Oxford University.  He had lived in the very cottage that Ken and his girlfriend now occupied, he said.  And Lukas -- the live Lukas, back in the 1500s -- was aware that he was communicating with them, five-hundred-odd years later.  Because of his communications, he said, he was in danger of being arrested for witchcraft.  Ken cites one message, a little on the cryptic side, that said:


WHEN THY BOYSTE DIDST COME THER WERT A VERS ON'T THAT SAID ME WERE NOT TO AXE OF YOUR UNKYND KNOWINGS FOR THY LEEMS BOYSTE WILT BE NAMORE.

Which isn't particularly helpful.  But things took a turn for the (even more) surreal a few months later, when a second (or perhaps third) personality started talking through the computer, one who just called himself "2109:"


WE SHALL ANSEWER AS YOU WISH IT IN TERMS OF PHYSICS THEN IT SHALL BE SO BUT REMMEMBER THAT OUR LIMITS ARE SET BY YOUR ABILITIES.

"2109" said he belonged to an incorporeal race that was watching humanity, and was responsible for a lot of the supernatural silliness that abounds around the world.  But "2109's" appearance didn't stop Lukas, who still came through now and again.  He finally owned up that his name wasn't actually Lukas Wainman, but Thomas Harden or Hawarden, and that he wasn't going to be tried for witchcraft but was still under suspicion.

So Ken decided to do a little digging in the local library, and found that there had been a fellow of Brasenose College in the 1500s named Thomas Harden, who had been expelled for failing to remove the pope's name from religious documents after Henry VIII did his power grab and founded the Anglican Church.

But evidently, Ken's inquiries alarmed the Spirit World, and his finding out about Thomas Harden effectively shut down the communication lines.  Neither Thomas/Lukas nor "2109" ever contacted him again.

So, let's see about explaining all of this.  There are two explanations I can see:

It's a general rule that the explanation that requires you to make the fewest ad hoc assumptions is the most likely to be true.  So which is it?  Especially given that anyone who is educated in the British public school system has read Shakespeare, and therefore could probably do a decent job at mimicking archaic English if they were going to pull a prank?

Even given that this story has all the hallmarks of a hoax, it's still cited as one of the best pieces of evidence out there for trans-temporal communication -- communication between two people from different time periods.

So, in conclusion: it's not that I think that what is conventionally called "paranormal" is impossible; it's more that I haven't run into any examples of alleged paranormal activity that weren't explainable far more easily from completely natural occurrences.  And human nature being what it is, the likelihood of being fooled by our own superstitiousness, fallibility, and gullibility, not to mention our capacity for lies, frauds, and hoaxes, makes me gravitate toward those explanations.

As usual, Extraordinary Claims Require Extraordinary Evidence.  And in the case of Ken Webster and the haunted computer, I'm just not buying what's being offered as proof.
Posted by Gordon Bonnet at 5:31 AM