I try not to repeat myself, I honestly do.  Recycling topics -- the way Ann Coulter's column always seems to boil down to liberals being morons who hate America -- is a lazy way to run a blog.

But sometimes the temptation is just too strong.  Such as the topic of my post earlier this month, that the fundamentalist Christians are running out of sane arguments against equal rights for LGBT individuals, so now they're making up stuff that is batshit insane.

In that post, we had A. J. Castellitto claiming that gays were secretly commies, and Rick Santorum opining that if gay marriage becomes legal, there'll be more single moms.  But just in the last couple of days, we have had some further rants from the right that make Castellitto and Santorum sound like the voice of reason.

First, we have a film from Truth In Action Ministries warning Christian parents that public schools are actually being run by people who are determined to lead children astray:


Public schools, and this is right on some level, want to teach kids right and wrong.  But what if their definition of right and wrong says, "Opposing homosexual behavior is wrong, and embracing homosexuality is right"?  Then of course you're going to start seeing that in the public schools.  I've noticed that in textbooks the words "husband," "wife," "family," "worship," "pray" have been taken out...  I know there is a controversy in California right now about teaching gay history in the public schools.  Many Christians and others are concerned about this agenda being foisted upon children who are being required to attend public schools.  I know a girl in my home town who was flunked because she refused to write a paper about gays having the right to adopt kids.  So they actually flunked her from the school.  When that happens, Christians need to speak up and say, "Wait a minute.  What about my constitutional rights?  I'm being denied my right of free exercise of religion."    If my state denies me the right to refuse to participate in a classroom project I disagree with, then I should have the right to refrain from doing it.  So, mom and dad, if you have a school district where in fact they are introducing pernicious ideas that are antithetical to the word of God, then you are going to ask yourself who you are going to serve: Mammon or God.

Yuppers.  I'll just leave that right there.  Because that's bush-league crazy compared to Flip Benham, of Operation: Save America, who claims that the whole thing boils down to Satan wearing gay gloves:


Ours is a gospel battle.  We see the gospel battle.  Homosexuality is the same fist with a different colored glove...  Homosexuality is a pink-colored glove covering the same fist, the fist of the devil...   (Islam, abortion, and homosexuality) are three of the greatest physical manifestations between the two seeds -- the seed of the serpent and the seed of the woman.  It’s the same battle, it’s the same fist, we’re fighting the Devil and his lies in the world and the flesh, and moving it to a thing called the homosexual agenda – and it’s the Devil’s agenda.  But now, we're not allowed to speak against it.

I'm thinking that pink is really not Satan's color.  The overall Infernal Theme seems to be red, you know?  Pink would clash terribly. 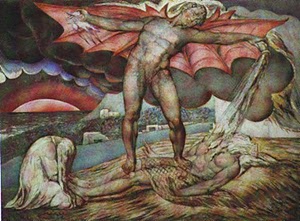 Maybe some nice elbow-length gray suede gloves would be less gauche.  Fashion is everything, especially when you're trying to seduce souls into an Evil Agenda.

Then we had Gordon Klingenschmitt, Republican nominee for congress in Colorado, who in an email to supporters warned that the presence of an openly gay man in congress would lead to Christians being beheaded:


The openly homosexual Congressman Jared Polis introduced a revised bill to force Christian employers and business owners to hire and promote homosexuals with ZERO RELIGIOUS EXEMPTIONS for Christians who want to opt out.

The open persecution of Christians is underway.  Democrats like Polis want to bankrupt Christians who refuse to worship and endorse his sodomy.  Next he’ll join ISIS in beheading Christians, but not just in Syria, right here in America.

Man, that's one hell of a slippery slope. Klingenschmitt later posted -- well, not a retraction, exactly, but a snarky followup that claimed he was "joking" and that the Democrats "don't recognize hyperbole."  Unsurprisingly, no one except his ultra-religious followers were much impressed by this, and the general consensus is that he may just have torpedoed whatever chance he had at his party's nomination.

And I'll only give the briefest of mentions to Pat Robertson's claim that homosexual male teenagers will turn straight if they have male companionship, and a post on the website of the Louisiana Tea Party claiming that the Common Core was designed to turn children gay, and that the "first wave" had  already been converted.

What always strikes me about this is to wonder why god, not to mention his various mouthpieces, are so damn worried about what consenting adults do in their bedrooms.  It's just one more aspect of God-As-Micromanager, but while most of the devout have jettisoned all of the picayune rules from Leviticus about what you can eat, and touch, and do on Sundays, they still have this bizarre hangup about how people get off.

Worse yet, there's the fact that these people's prejudices are denying loving couples the right to have that love recognized and protected under the law.   You'd think that devout Christians would have the attitude that the statement from 1 Corinthians -- "So now faith, hope, and love abide, these three; but the greatest of these is love" -- kind of outweighs the verse from Leviticus that says, "You shall not lie with a man as with a woman; it is an abomination."  It's pretty clear that most of the religious ignore most of Leviticus -- except, apparently, the parts governing behavior they find icky.  I mean, there's the line from Leviticus 11 about the devout being prohibited from touching pig skin, and that hasn't stopped Tim Tebow. 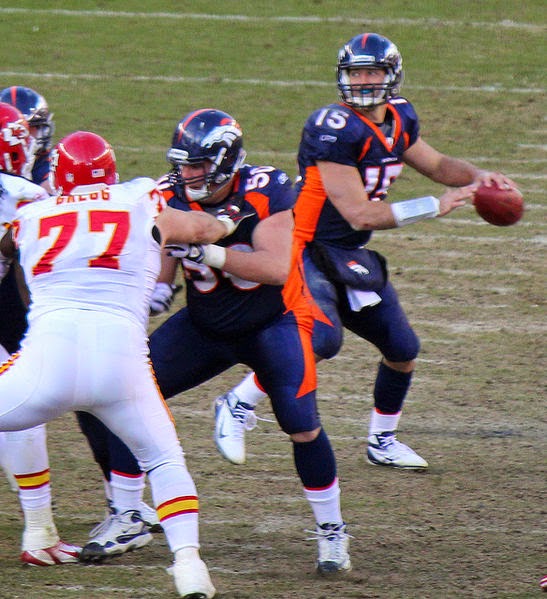 So I find the whole thing baffling.  I've come to expect that these people will be Johnny One-Note on their favorite bible verse, even though it does call into question why they think about that one so often.  But the fear mongering, not to mention babbling about pink gloves and gay agendas running public schools and gay congressmen supervising the beheading of American citizens, is simply bizarre.  I surmised in my previous post that this wacko behavior was a sign that they were running out of ideas, and I fervently hope this is true.  But whatever is driving it, I wish they'd stop.  They're turning me into a Johnny One-Note myself, and I'd rather avoid that if I can.
Posted by Gordon Bonnet at 5:00 AM