I get a lot of negative comments.

It comes with the territory, I suppose, and I knew when I started writing this blog four years ago that I would have to develop a thick skin.  Given the subject matter, there's hardly a post I do that won't piss someone off.  Here's a sampling of comments, and a brief description of the topic that elicited them:

My skin isn't thick enough that some of these don't sting.  For example, the one that called me a "smug dilettante" has a grain of truth to it; I'm not a scientist, just a science teacher, and if my educational background has a flaw it's that it's a light year across and an inch deep.  Notwithstanding that in a previous century people like me were called "polymaths," not "dabblers" or "dilettantes," the commenter scored a point, whether he knew it or not.  I'm well-read, and have a decent background in a lot of things, but I'm not truly an expert in anything.

Other disagreements on this list have been resolved by discussion, which is honestly what I prefer to do.  The comments that came from the posts on alternative medicine and ghost hunting generated fruitful discussion, and understanding (if not necessarily agreement) on both sides.

Most of the time, though, I just don't engage with people who choose to use the "Comments" section (or email) as a venue for snark.  You're not going to get very far by calling me ignorant, for example.  I make a practice of not writing about subjects on which I am ignorant (e.g. politics), so even if I make an offhand comment about something, I try to make sure that I could back it up with facts if I needed to.  (Cf. this site, apropos of the individual who thinks I am ignorant for accepting the anthropogenic nature of recent climate change.)

That said, what a lot of people don't seem to recognize about me is the extent to which my understanding of the world is up for grabs.  Like anyone, I do have my biases, and my baseline assumptions -- the latter including the idea that the universe is best understood through the dual lenses of logic and evidence. 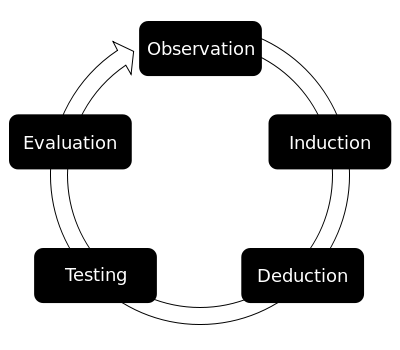 But everything else?  My attitude is, if you want to try to convince me about Bigfoot or chakras or crystals or astrology or anything else, knock yourself out.  But you'd better have the evidence on your side, because even if I am a dilettante, I have read up on the topics on which I write.

I am as prone as the next guy, though, to getting it wrong sometimes.  And I am well aware of the fact that we can slide into error without realizing it.  As journalist Kathryn Schulz said, in her phenomenal lecture "On Being Wrong" (which you should all take ten minutes and watch as soon as you're done reading this):


How does it feel to be wrong?  Dreadful, thumbs down, embarrassing.  Those are great answers.  But they're answers to a different question.  (Those are) the answers to the question, "How does it feel to realize you're wrong?"  Realizing you're wrong can feel like all of that, and a lot of other things.  It can be devastating.  It can be revelatory.  It can actually be quite funny...  But just being wrong?  It doesn't feel like anything...  We're already wrong, we're already in trouble, but we still feel like we're on solid ground.  So I should actually correct something I said a moment ago: it does feel like something to be wrong.  It feels like being right.

To those who are provoked, even pissed off by what I write: good.  We never discover our errors -- and I'm including myself in this assessment -- without being knocked askew once in a while.  Let yourself be challenged without having a knee-jerk kick in response, and you have my word that I'll do the same.  And while I don't like having my erroneous thinking uncovered any more than anyone else, I will own up when I screw up.  I've published retractions in Skeptophilia more than once, which has been a profoundly humbling but entirely necessary experience.

So keep those cards and letters coming.  Even the negative ones.  I'm not going to promise you I'll change my mind on every topic I'm challenged on, but I do promise that I'll consider what you've said.

On the other hand, calling me a "worthless wanker" didn't accomplish much but making me choke-snort a mouthful of coffee all over my computer.  So I suppose that the commenter even got his revenge there, if only in a small way.
Posted by Gordon Bonnet at 4:41 AM