What would it take to convince you that you were wrong?

It was the question that was asked to Ken Ham and Bill Nye in their famous debate, and significantly, Ham replied, "Nothing would."  Any evidence, any argument, the best data available, would be insufficient.  In other words: his worldview is invulnerable.  Which is why the Nye/Ham debate was, at its most fundamental level, not a debate at all.

That inviolability is an all-too-common aspect of the belief system of the devout, where "unshakeable faith" is considered a cardinal virtue.  Even as a child, going every Sunday with my parents to the Catholic church, this attitude struck me as awry.  I remember asking my catechism class teacher, "If you're supposed to have faith no matter what, how could you tell if you were wrong?"

My teacher responded, "But we're not wrong."

Circular reasoning at it's best.  How do we know our beliefs are correct?  Because they're correct.  q.e.d. 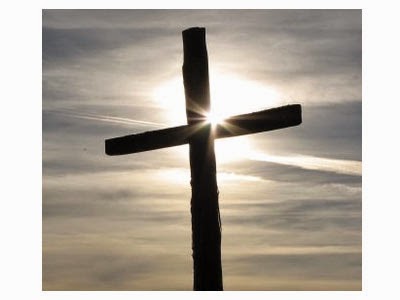 There was a tragic, but vivid, demonstration of this approach to understanding in Lagos, Nigeria this week.  Evangelist T. B. Joshua, the faith healer and self-styled "prophet" whose revival meetings attract thousands from all over Africa, had some 'splainin' to do after a guesthouse owned by Joshua collapsed, killing eighty of his followers, some of whom had come from as far away as South Africa to hear him preach and take part in his "healing ministry."

Turns out Joshua's people had been doing some major renovations, and apparently didn't notice that the floors they were renovating were occupied.  So the whole building collapsed like a house of cards.

After this, Joshua had three possible responses:
Three guesses as to which was Joshua's response.

"The church views this tragedy as part of an attack on The Synagogue Church Of All Nations," a church spokesperson said in a press release.  "In due course, God will reveal the perpetrators."  The collapse was due to "demonic forces" that were determined to destroy Joshua, who is a "man of God."  As a result, church members have become even more devoted than ever to Joshua's message.  The collapse, apparently, has activated the rally-around-the-flag response.  "You think you'll get away with this, Satan?" they seem to be saying.  "We'll pray at you even harder!"

All of which supports a contention I've had for some time, to wit: you can't argue with these people.  The devout are coming at understanding from a completely non-evidence-based angle, so there's  no evidence that would be convincing.  It puts me in mind of the quote, variously attributed, that "you can't logic your way out of a stance that you didn't logic your way into."

But I must say that the whole approach is foreign to me.  On a fundamental level, I've never understood this attitude, which is why my stay in the Catholic Church was largely an exercise in frustration both for me and for the priests and nuns who tried to get me to see it their way.  I know that faith is a great comfort to people who have it, but I can't for the life of me comprehend how anyone could get there from the outside.  It boils down to "believe because you believe," as far as I can see, a summation I saw clearly when I was still in grade school.

And forty-odd years later, I still don't see how anyone could find that a reasonable approach to understanding the universe.
Posted by Gordon Bonnet at 4:20 AM