Searching for the ultimate

Okay, folks, I understand that the world is a Big Scary Place where Big Scary Things sometimes happen.  It's an inherently chaotic system (at least in my opinion) where there are proximal causes for almost everything that happens and ultimate causes for very little.  Looking for the overarching pattern, the big reasons, is an exercise in futility.

The view of the universe as a giant pinball game doesn't bother me, or at least not very much.  My general attitude is that I don't have to understand everything; understanding the bits of it I can parse through science is enough.  It is, though, what makes religion appealing to a lot of folks, and I can certainly empathize with the draw.  It provides meaning, gives an ultimate context, reassures you that even when things seem awful and random and incomprehensible, there's a pattern there that you're not seeing, that makes it all make sense.

There's a toxic side of all of this, though, and it manifests in the desperation of a lot of people to discern a Big Reason for large-scale devastating events.  It's what drives some of the religious to postulate a devil-figure that does bad things to humans, or (even worse) a retributive god who smites whole cities for the perceived sinful actions of a few.  It's the basis of what creates a lot of conspiracy theories, because better that there be some pattern, even a dreadful one, than no pattern at all.

Take, for example, the current nonsense circulating the internet about Ebola.  On the one hand, I get why people feel like they have to look for a reason; the Ebola virus is one scary mofo, causing horrific symptoms that result in a 60-70% mortality rate.  And honestly, we don't know how fast it's going to spread in the United States.  The epidemic in West Africa is certainly far from over, with one estimate suggesting that the infection rate there could increase by a factor of ten by December. 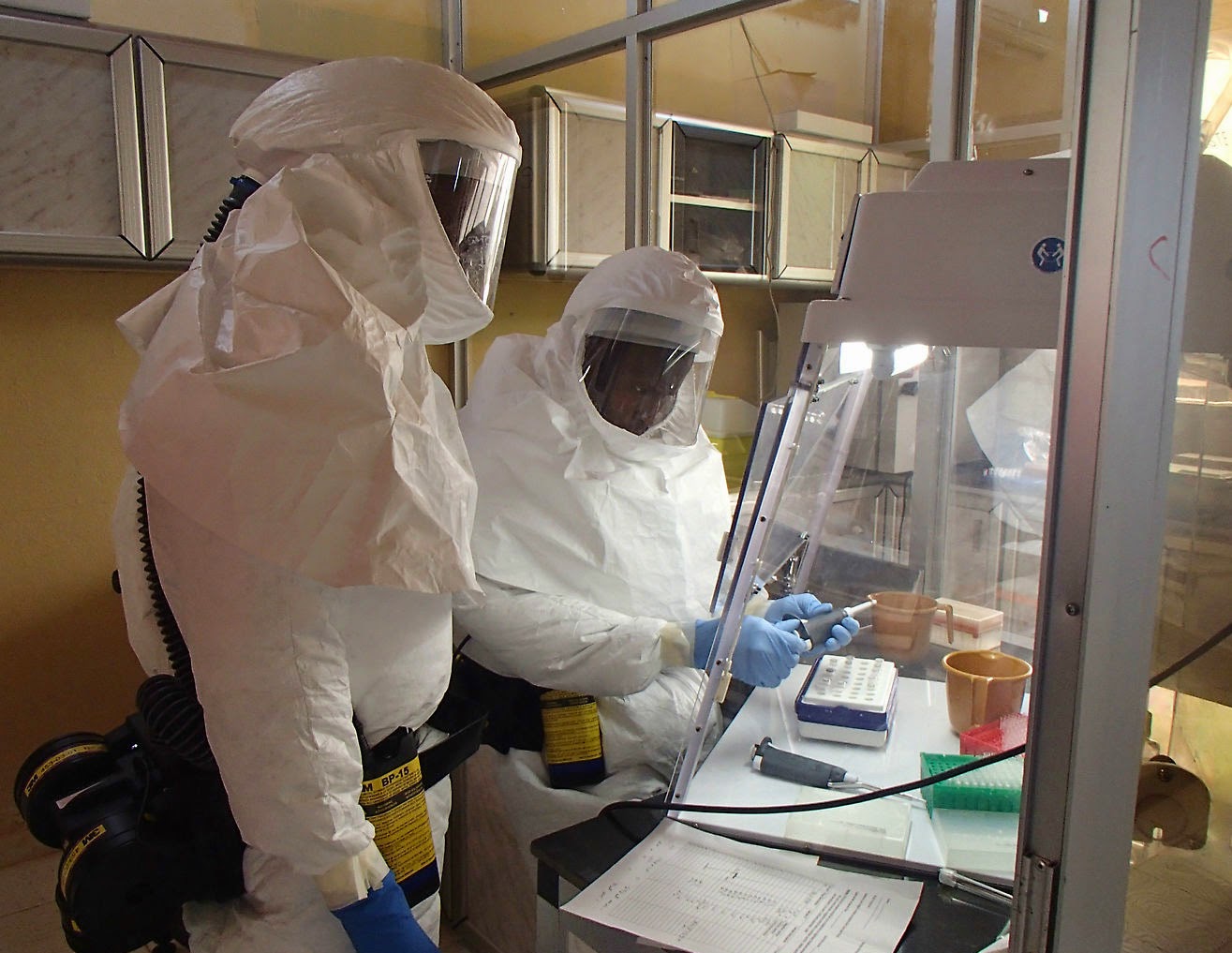 But the crazy End Times shit and conspiracy theories now popping up on a daily basis are not helping the situation.  We have Ron Baity, a Baptist preacher in Winston-Salem, North Carolina, who said that not only is Ebola a punishment from god for the recent push for gay marriage, if we don't reverse course quickly, god has something even worse up his sleeve:


If you think for one skinny minute, God is going to stand idly by and allow this to go forward without repercussions, you better back up and rethink this situation.  I want you to understand, that is raw, pure blasphemy...  My friend, we are meriting, we are bringing the judgment of God on this nation as sure as Sodom and Gomorrah was destroyed, don’t be surprised at the plagues.  Don’t be surprised at the judgment of God.  You think Ebola is bad now, just wait.  If it’s not that, it’s going to be something else.  My friends, I want you to understand, you can’t thumb your nose at God, and God turn his head away without God getting your attention.

So yeah.  But that wasn't all.  We have an uncredited article over at UFO Blogger (a site that has become increasingly about conspiracy theories and less and less about extraterrestrials), in which we're told that singer Avicii's recently-released song "The Days" confirms that the Ebola virus is a government-created bioweapon that they're turning against their own people:


Illuminati owned singer and performer Avicii's predict a future event in his latest music video "The Days" which was released on Youtube on 3 October, 2014.

Which confirms Ebola is Illuminati bio weapon and they don't care if you find out. They have become that bold.

"Avīci" (from Buddhist origin) means "the lowest from the hell"... As we have seen before the satanic cabal The Illuminati hide their plans in plain sight as a way to brainwash and program the masses!

As evidence, we're presented with the lyrics, which seem to be no more Dark and Evil and Predictive than your average alt-rock.  And given that I regularly listen to Nine Inch Nails, any contention that this represents the most twisted, Satan-inspired message the music industry is capable of makes me laugh.  (You can watch the video here; it's kind of a catchy song, really.)

But then we had the other end of the spectrum; it's neither a case of Sinners In The Hands Of An Angry God nor the Illuminati Trying To Murder Us All.  A dude named Nana Kwame over in Ghana is claiming to have "rocked the internet" by the revelation that the Ebola epidemic is a big fat hoax.

The revelation appeared on the site Spirit Science and Metaphysics, which is evidently competing with Natural News for first place in the Purveyor of Bullshit Contest.  Kwame, whose ideas are as contemptible and dangerous as they are ludicrous, says that the CDC and WHO have made the whole alleged epidemic up:


People in the Western World need to know what’s happening here in West Africa.  THEY ARE LYING!!!  “Ebola” as a virus does NOT Exist and is NOT “Spread”.  The Red Cross has brought a disease to 4 specific countries for 4 specific reasons and it is only contracted by those who receive treatments and injections from the Red Cross.  That is why Liberians and Nigerians have begun kicking the Red Cross out of their countries and reporting in the news the truth.

Marvelous.  Just what we need.  Some nutjob scaring sick people into avoiding treatment.  It's what we saw when Pakistanis started shooting Red Cross volunteers because they thought the polio vaccine was going to sterilize and/or kill Muslim children.

Kwame goes on to explain that the WHO and associated groups are doing this so as to have an excuse to bring in troops to get a hold of West Africa's mineral wealth and simultaneously reduce the native population.  Because evidently in spite of the fact that Ebola doesn't exist, it can still kill people.  Or something like that.

I dunno.  It's kind of impossible to combat such desperate lunacy.  As I said before, I think it does come out of an understandable human need; the need for meaning.  I do get that.  And Ebola is freakin' scary; I'll admit to a serious sinking feeling when I found out about first one, then two, confirmed cases in the United States.  (I think my exact words were, "Yikes.  Here we go.")  Now, mind you, I still think the likelihood of a major epidemic in the United States, Canada, or Western Europe is slim; but even that slim possibility is terrifying.

But it doesn't push me to need an ultimate explanation for it, nor (worse) to make up one should no convenient explanation be at hand.  I'm okay with living inside a pinball machine, even if it does make life seem rather absurd sometimes.  And as far as the tragedy of the Ebola epidemic; let's concentrate on containing its spread, work on cures, and deal with the proximal causes.

Let the ultimate causes look after themselves.
Posted by Gordon Bonnet at 2:59 AM