Healing the ocean with syphilis

I think the homeopaths have reached some kind of Derp-vana this week with the announcement by British practitioner Grace DaSilva-Hill that we need to administer homeopathic preparations... 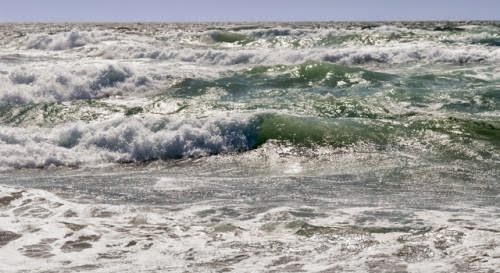 I'm not making this up.  In a story broken by Andy Lewis on Quackometer, we find out that DaSilva-Hill is lamenting the state of the world's oceans, a sentiment with which I have to agree.  But what she proposes to do about it is to treat it with homeopathic "remedies:"


Thanks in advance to all of you who have already agreed to participate in this initiative of sending a homeopathic remedy to heal the oceans.

The remedy that has been selected is Leuticum (Syph) in the CM potency.

Well, I can't argue with the value of flushing homeopathic "remedies" down the toilet.  In my opinion, that should be done right at the factory where they're manufactured.

And what is "Leuticum," you may be wondering?  According to a homeopathy website, Leuticum is a "nosode" -- a "remedy" made from diluted bodily discharges.  And if you're not sufficiently disgusted yet, the bodily discharge involved in Leuticum is infected material from someone with syphilis.

Oh, but wait!  Leuticum is good stuff!  According to the site, it's useful for treating people who:
In addition, we find out that you can use it to treat "persons with pale, fine textured skin, who are slender, having graceful movements," and also people with oral cancer.

What this has to do with the ocean is beyond me.

Of course, since the whole idea of homeopathy is that the more dilute the stuff gets, the more powerful it is, dumping it in the ocean is sort of the right approach, isn't it?  You might want to know what we're starting with, though.  What is a "CM potency" -- the strength of the original remedy?  Well, I looked it up on the Wikipedia page on homeopathic dilutions, and therein I found that a CM dilution represents a dilution of 1 part of the original substance in 10 to the 200,000th power parts of water.  If that's a little hard for you to visualize, it amounts to taking a milliliter of the original substance, and diluting it in a sphere of water about 100 light years in diameter, then taking a drop of that and diluting it again by the same amount, and repeating the process 4,000 times.

So what she's saying is to take a drop of that, and throw it in the ocean.

Or in a river.  Or down the toilet.  Or, she says, if you can't even manage that, just take some regular old water and think happy thoughts at it:


Even if you do not have the remedy in a physical form, you can still speak the name of the remedy to a glass of water, and the water will memorise the energy of the remedy (Dr. Masaru Emoto's work).

Dr. Emoto, you may remember, is the Japanese nutjob who thought that if you swear at water and then freeze it, it will form ugly crystals.

But like I said, maybe this is a good thing.  Keeping the homeopaths busy chucking their "remedies" in the ocean is better than what they have been doing lately, like going over to West Africa to try to treat Ebola with water and sugar pills.  I guess if it keeps them busy and out of harm's way, it's all good.

Especially since they can't be accused of putting something that has any side effects into the ocean.  Or, actually, something with any effects at all.
Posted by Gordon Bonnet at 2:36 AM