Fracking our way to disaster

Yesterday there was yet another article about an accident at a hydrofracking site.  In this one, an Ohio fracking well sprung a leak, causing a methane cloud that forced 25 families out of their homes for days.  The crew was "unable to stop" the leak, sources with the natural gas company said, followed with the cheery message, "the well is not on fire, but the gas could be explosive."

Merry Christmas, y'all.  I hope you remembered to bring your presents with you before you fled from your houses, so you can celebrate Christmas in whatever shelter you end up in. 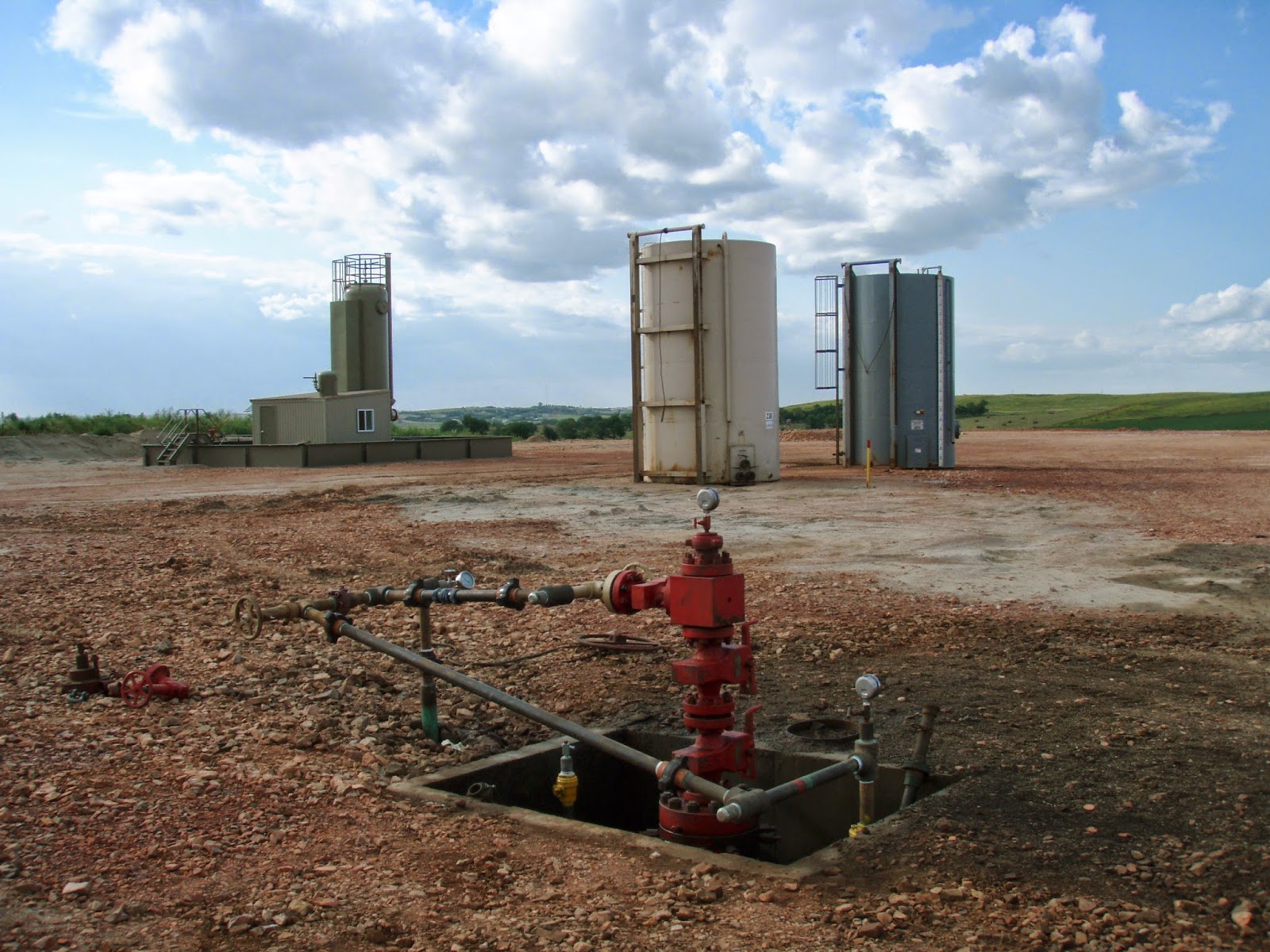 [image courtesy of photographer Joshua Doubek and the Wikimedia Commons]

Of course, this isn't an isolated incident.  It's been a bad year for Ohio, in fact.  In May, a fracking well leak spilled 1,600 of oil drilling lubricant into a river.  The following month, a second explosion and spill leaked a stew of toxic chemicals into yet another river, killing an estimated 70,000 fish -- and the company that owned the well refused to release information on which chemicals were involved, calling it a "trade secret."  Then in October, a methane leak drove 400 people from their homes.

It's not limited to Ohio, of course.  Earlier this year, a blowout at a fracking site in North Dakota caused a gusher spraying over ten thousand gallons a day of a mixed slurry of oil and chemical-laced wastewater.  It took almost a week to stop the leak.  In 2013 an accident at a well in Colorado leaked benzene, a known carcinogen, into a stream in Colorado.  More "trade secret" chemicals were dumped into a popular trout-fishing stream when thousands of gallons of highly saline fracking fluid erupted during a well explosion in Pennsylvania in 2011.

Add to that the fact that fracking is a huge draw on water resources, and you have to wonder how it can still be legal in drought-stricken states like Texas and California.  At least here in my home state of New York, Governor Andrew Cuomo sided with the good guys and announced a statewide ban on fracking yesterday, citing health effects as his reason.

Health, and the environment, and, you know, clean drinking water for human consumption and agricultural use.  It's a mystery to me how anyone can still support this crazy idea, given its track record.

But they do.  Fracking still has its champions.  Karen Moreau, executive director of the New York State Petroleum Council, was irate over Governor Cuomo's decision.  "Our citizens in the Southern Tier have had to watch their neighbors and friends across the border in Pennsylvania thriving economically," she said. "It’s like they were a kid in a candy store window, looking through the window, and not able to touch that opportunity."

Not exactly an accurate analogy, Ms. Moreau.  Given that there have been twenty major fracking accidents in Pennsylvania alone, it's more like people looking through a window at a neighbor's house burning down, and weeping because they can't do anything to stop it -- while simultaneously being thankful that their own house isn't on fire.

Some of our legislators are siding with Ms. Moreau and the gas companies, however.  Representative Tom Reed, who represents my local district, said of Cuomo's decision:


I am extremely disappointed in today’s announcement from Governor Cuomo which bans hydraulic fracturing.  This move effectively blocks the development of natural gas and oil resources in New York State.  This is devastating news for the Southern Tier economy and its residents who are struggling every day.  This decision makes it even more difficult to replace the good jobs that have already left due to New York’s unfriendly business climate.  Once again Albany shows that it wants to enact an extreme liberal agenda rather than care about individual property rights and job opportunities.  I care about Southern Tier residents and will fight for them every day.  Simply put this extreme liberal agenda is not right and not fair for our future.

Because, you know, only extreme liberals like to be able to turn on their faucets without risking an explosion.  (Reed's comment caused one of my friends to respond, "Suck it, corporate puppet," which I quote here mainly because I wish I'd thought of it first.)

The fight isn't over in New York State, of course.  Just around the corner from my village we're still struggling to stop the Crestwood Expansion, a plan to double storage of natural gas and LPG (liquefied petroleum gas) in salt caverns underneath Seneca Lake, which supplies drinking and agricultural water to tens of thousands of people.  You'd think there'd be enough evidence already that this is a horrible idea, wouldn't you?  To wit:
All of which makes you wonder when we will stop placing expediency and short-term profits above concern for human health and safety.

It's not too late, and it's to be hoped that the drubbing the gas companies got at Governor Cuomo's hands yesterday will start a domino effect.  Locally, you can join or donate to Gas Free Seneca, or join the Crestwood Blockade.  (To find out more, check out the "We Are Seneca Lake" page on Facebook.)  If you're in a state or a province of Canada that allows hydrofracking, put pressure on your legislators to join in a ban.  This has progressed far beyond "Not In My Back Yard;" this kind of technology shouldn't be in anyone's back yard.  And if that means we have to cut back on natural gas production, or maybe even (gasp!) start investing in renewables, then so be it.

Take a stand.  We have allowed corporate interests and "trade secrets" to imperil our water supplies for long enough.  It's time for it to stop.
Posted by Gordon Bonnet at 2:59 AM