At what point does someone cross the line into giving advice so dangerous that the people involved in promoting him are morally culpable if they participate?

Look, it's not that I'm against free speech.  I also believe strongly in the caveat emptor principle -- that people have a responsibility to be well enough informed on matters of science and medicine that charlatans can gain no traction.  But influential people also have a responsibility, and that is to use that influence with care, to consider the harm their words could do, to make certain that what they're saying is scientifically correct (and making amends when they misspeak).

Of course, the most egregious example of how this can go wrong is the current measles outbreak in California, which has sickened 84 people so far and is still accelerating.  The CDC states that the outbreak is "directly attributable to the anti-vaxxer movement," and notes that even with treatment, measles "is a miserable disease" that can cause serious complications and death.  And we can lay the blame for the resurgence of this disease at the feet of such purveyors of unscientific bullshit as Andrew Wakefield and Jenny McCarthy, who despite mountains of verified, reliable research are still claiming that vaccinations are unnecessary at best and dangerous at worst.

But we've talked about the anti-vaxxers before, and they're hardly the only example of this phenomenon.  Just a couple of days ago, for example, we had none other than Deepak Chopra putting his two cents in (although that's vastly overestimating its worth), and he gave his opinion about AIDS... 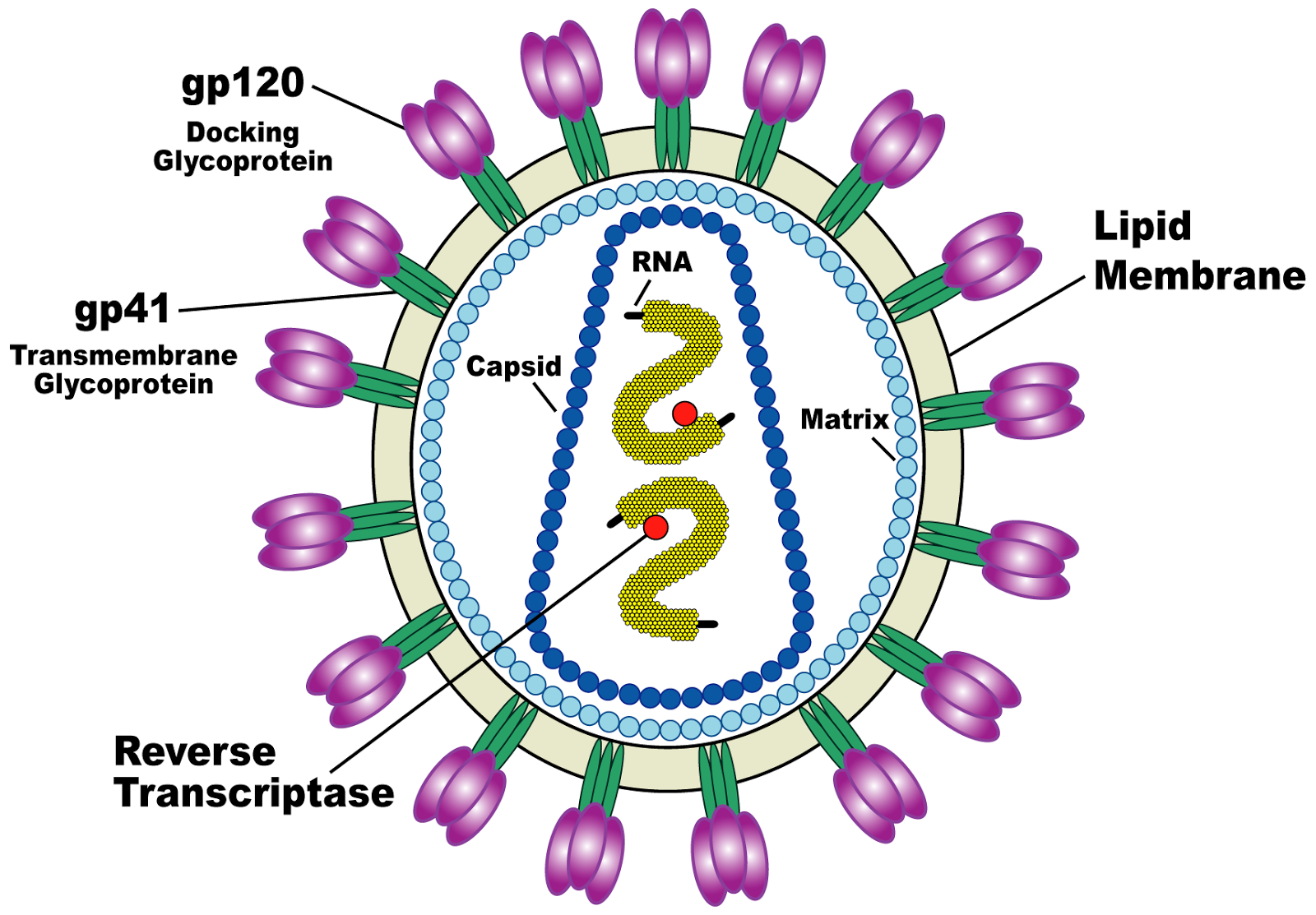 The HIV virus [image courtesy of the Wikimedia Commons]

Chopra was being interviewed by Tony Robbins, and the following exchange took place:


Chopra: HIV may be a precipitating agent in a susceptible host. The material agent is never the cause of the disease. It may be the final factor in inducing the full-blown syndrome in somebody who’s already susceptible.

Robbins: But what made them susceptible?

Chopra: Their own interpretations of the whole reality they’re participating in.

Robbins: Could that be translated into their thoughts, their feelings, their beliefs, their lifestyle?

He goes on to say, "I have a lot of patients with so-called AIDS... that are healthier than most of the people who live in downtown Boston.  They haven't had a cold in ten years...  Someone's told them they have this disease, and they've bought into it.  The label is not the disease, the test is not the disease."

Robbins responds with a comment about a doctor who has stated that HIV is only capable of killing "one helper-T cell out of ten thousand," and Chopra agrees, saying that to get sick from it, we have to "facilitate the process with our own thoughts and beliefs, convictions, ideas, and interpretations."

Then they have the following discussion:


Robbins: There's a test that doesn't even test for the virus, and when they get a positive test, what happens to them?

Chopra: Then they make it happen.

Chopra:  It's the collective belief system.  It's the hypnosis of social conditioning.  It's cultural, religious, social indoctrination.

The way out, Chopra says, is realizing that "you are the field of all unbounded possibilities."

Are you mad yet?  I hope so.  Chopra is using his influence -- which is considerable -- to push people away from conventional treatment into accepting vacuous psychobabble, risking their own lives in the process.

You have to wonder how he explains the millions of deaths from AIDS in central and southern Africa.  Many of those people don't have access to medical tests and treatments; a considerable number of them don't have the scientific background to understand what the virus does to the immune system.

You also have to wonder how he'd explain the deaths of young children who contracted HIV from their mothers.  Was their disease due to their parents' lack of acceptance of "the field of unbounded possibilities?"  Or did the children themselves have problems with their "interpretation of the whole reality they were participating in?"

I'd much prefer it if people would come to recognizing how dangerous this man is through a greater understanding of science; but the unfortunate truth is that there will always be gullible, credulous, and poorly-educated people out there, and it is immoral to allow people like Chopra to prey on their lack of understanding.  I wish fervently that radio and television stations who are giving this man air time, and book publishers who are promoting his views in print, would say, "I'm sorry, sir, but you are a quack, and you're hurting people, and we're not participating."

But the sad truth is that even if what he's saying is garbage, it's lucrative garbage.  Given the profit motive that drives most of our society, I suspect that Deepak Chopra is going to continue to get richer at the expense of people who are ignorant enough or desperate enough to buy the nonsense he's selling.
Posted by Gordon Bonnet at 2:58 AM