If there is one cognitive bias that makes me want to punch a wall, it's the backfire effect.

The backfire effect is a well-studied psychological tendency wherein people with strong opinions on a subject are presented with a logical, rational, fact-supported argument against what they believe in.  The result?  Those people double down on their original opinion.  In other words: given evidence against what people believe, they will believe it even more strongly.

Take, for example, something I've discussed more than once in this blog: anthropogenic climate change.  The data and the jury are both in.  The world is, on the average warming up, and this is due to human activity, especially the burning of fossil fuels.  This warm-up has destabilized the climate, resulting in the worst drought California has seen in recorded history, two years of record high temperatures in Alaska, and two consecutive winters where the northeastern and north central United States have been punished by a chunk of Arctic air that has been cut loose and sent southward by a meander in the jet stream, resulting in a series of snowstorms that buried Boston under eight feet of snow in the last four weeks. 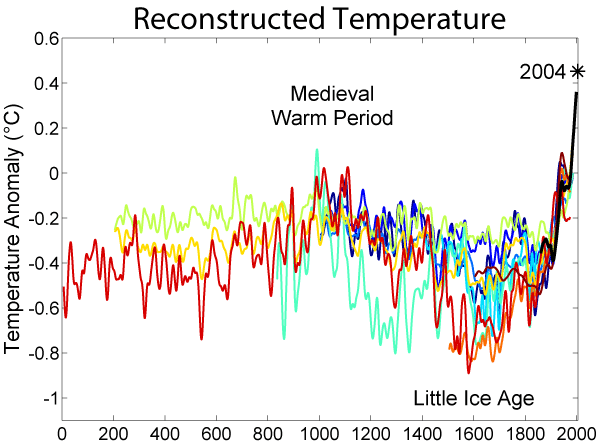 So there's no real doubt about all this any more.  But that doesn't mean there's not doubters, because that's not the same thing, apparently.  And we got a nasty dose of the backfire effect, apropos of said doubters, just in the last couple of days, with the announcement that one of the most prominent climate change deniers, Dr. Wei-Hock (Willie) Soon, has received a huge percentage of his funding from the petroleum industry...

... without disclosing that information in his scientific papers.

In scientific circles, this is known rather euphemistically as an "impropriety."

And we're not talking about small amounts of money, either.  Soon received a total of $1.2 million from the fossil-fuels industry, including $409,000 from Atlanta-based Southern Company, which has invested heavily in coal-fired electrical plants -- and which sponsors an anti-climate-change lobby in Washington, D.C.  Then we have the $230,000 Soon got from none other than the Koch brothers.  Additionally, he has been heavily funded by Donors Trust, an Alexandria (Virginia)-based funds transfer outfit that takes anonymous donations and passes them on to (mostly conservative) causes.

Can you say "conflict of interest," children?

I knew you could.

Soon, who is employed by the Smithsonian Institution, is likely to find himself in completely merited hot water over this.  W. John Kress, interim undersecretary for science at the Smithsonian, said about Dr. Soon's actions, "I am aware of the situation with Willie Soon, and I’m very concerned about it.  We are checking into this ourselves."

So this seems like something that would be hard for the deniers to explain away.  For years they've argued that all you have to do is "follow the money" -- that the climatologists are biased to find evidence for climate change where there is none, because that's the way they get funding.  The knife should cut both ways, shouldn't it?

Apparently not.  The screaming denier-machine swung into action almost immediately, with a slimy little smear piece appearing in Breitbart.com that made it look like Dr. Soon was the victim.  Referring to the people who accept that human activity is causing the planet to warm up as the "lickspittle posse" -- a phrase that may win the award for throw-up-a-little-in-your-mouth metaphor of the year -- the author, James Delingpole, portrays Dr. Soon as a beleaguered champion of the truth, fighting against what amounts to the environmental mafia.  But after blathering on in this fashion for a while, he goes on to say something that's actually kind of interesting:


I spoke to Soon last night. He told me that of course he receives private funding for his research: he has to because it’s his only way of making ends meet, especially since the Alarmist establishment launched its vendetta against him when, from 2009 onwards, he became more outspoken in his critiques of global warming theory.

Harvard-Smithsonian strove to make his life harder and harder, first by banning him from working on anything even remotely connected with issues like climate change or CO2, then by moving his office away from the astrophysics department to a remote area Soon calls Siberia.

Of course Dr. Soon is allowed to accept private funding.  What is required by scientific ethical standards, however, is that he admit the source of those funds up front in his papers, which he has not done, and now he got caught.  But what's more interesting, here, is that Delingpole inadvertently points out one of the central problems with all of this.

Okay, it's vaguely connected, I suppose, because his claim all along has been that any warming is due to an increase in the radiant energy the Earth receives from the Sun.  But if you're trying to find the errors in the climate model, wouldn't you ask a climatologist to do it?

Oh, wait.  The climatologists are all in the pockets of Greenpeace.  Never mind that Soon is in the far, far deeper pockets of the Koch brothers.  That, apparently, is irrelevant.

But the overall effect is to make the deniers deny even harder, as the world warms up further (c.f. a Scientific American article in which we find out that there have been zero months since February 1985 that have had average temperatures below the overall 20th century average), and the climate continues to oscillate wildly, and we continue to do absolutely nothing about it.

Easier, I suppose, to accept the status quo than to change your habits.

Or your opinions.
Posted by Gordon Bonnet at 12:43 AM