For this last Christmas, my son got me the second season of the bizarrely campy 1960s television show Lost in Space (I already had the first season; there's one season left, if I survive watching the second with my brain intact).  It's pretty wacky stuff, and I have to wonder, sometimes, if they were really trying to do science fiction, or engaging in an elaborate parody.  Thus far, we've met a cosmic cowboy, a space pirate named Alonzo P. Tucker (complete with an electronic parrot), the CEO of the Celestial Department Store, Kurt Russell in his first role (unsurprisingly, a hyperagressive little boy named "Quano" who wanted to fight everyone he met), and some space hillbillies.

But no episode was quite as loony as the one where Dr. Smith, Will Robinson, et al. ran into Thor.  Yes, that's the Thor, as in the Norse god of thunder.  Dr. Smith happens to be there when Thor's gloves and hammer fall from the sky (Thor having dropped them, apparently).  Dr. Smith dons the gloves, and finds that while wearing them, he can use the hammer to destroy bit-part actors wearing gorilla suits. 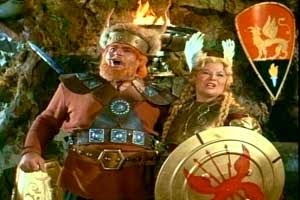 But the pièce de resistance of the whole episode was Brynhilde, who appears in a burst of flame and puff of smoke, riding on a massive plastic horse.  No one in the show, including Brynhilde, seemed to notice that the horse never moved, just kind of stood there staring blankly into, um, space.

The reason I bring all of this up is because of something that happened a few days ago in Mexico.  A volcano called Mt. Colima erupted (as volcanoes are wont to do), and a webcam caught an image of a UFO flying around the mountain.  The UFO, they say, looks like a giant flying horse.

Here's a still, so you can judge for yourself: 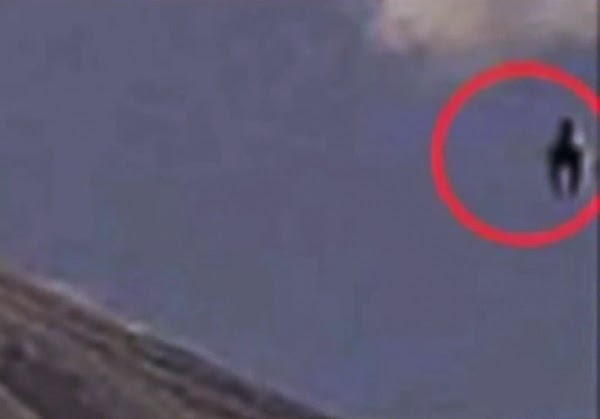 An "alien enthusiast," Eufrasio Gonzales Carrasco, is quoted as saying that "there has been UFO activity around volcanoes and the latest sighting of the horse-shaped UFO near the Colima volcano adds up to the list...  there is something about volcanoes that probably attracts the attention of aliens." The UFO, he says, "was shaped like a horse with a large body and two legs."

Because, apparently, two-legged horses are a common thing.

But of course, when I saw this I started thinking about space horses, and that led directly to Brynhilde and "The Space Vikings" (which was the name of the episode).  You have to wonder if anyone heard a shrill soprano voice singing "Ho yo to HO!" as it zoomed past the volcano.

But seriously.  The most likely explanation for this appearance of a Valkyrie in Mexico is (1) a semi-distant bird, or (2) a much closer bug.  Both of these have been responsible for UFO sightings in the past.  Because of issues like focal length, when you have a camera focusing on a distant object, nearby objects become blurred and unrecognizable, and this is almost certainly what we're seeing here.

A pity.  I was almost hoping for Odin to go riding by on Sleipnir, his eight-legged flying steed.  And if the whole Norse mythology thing was real, I'd even brave the cold for a visit to Niflheim to see the Frost Giants.  How scary can it be?  Dr. Smith went to Niflheim, and all he met were a couple of creepy little elves who repeated everything he said. 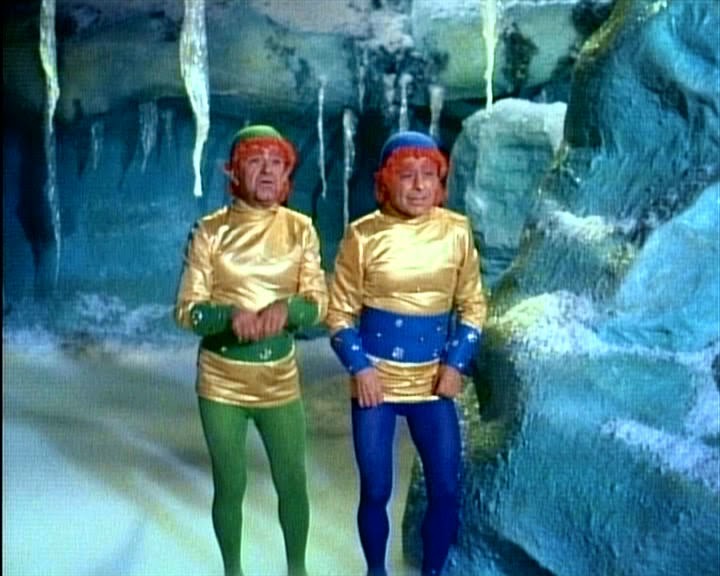 But realistically speaking, I'm doubtful that the gates of Niflheim are in Mexico.  Seems a little warm, especially near a volcano.  Maybe we'd have a better chance of meeting Surt, the lord of the Fire Giants.  That'd be kind of cool.  He sounds like a badass.
Posted by Gordon Bonnet at 2:46 AM