The myth of the moral high ground

I have a big sign on my classroom wall that says, "Don't believe everything you think."

It's an important rule-of-thumb to keep in mind.  Far too many people become completely convinced that whatever has popped into their brain must be the truth -- sometimes to the point that they don't question it.  Especially if the "truth" under consideration appeals to a conjecture that they've already fallen for.

It's our old friend confirmation bias again, isn't it?  But instead of using slim evidence to support the claim, here you don't need any evidence at all.  "That seems obvious" is sufficient.

Which brings me to two studies released in the past two weeks that blow a pair of neat holes into this assumption.

In the first, a study by IBM's consulting arm looked into whether it's true that millennials -- people who reached their majority after the year 2000 -- are actually the entitled, lazy twits that many think they are.  Because that's the general attitude by the rest of the adult world, isn't it?  The stereotype includes:

And the study has shown pretty conclusively that every one of these stereotypes is wrong.

Or, more accurately, they're no more right about millennials than they are about any other generation. According to an article on the study, reported in The Washington Post:


The survey... didn't find any support for the entitled, everybody-gets-a-trophy millennial mindset.  Reports of their doting parents calling bosses to complain about performance reviews may be out there, but, on the whole, IBM's survey shows a different picture.  Millennials list performance-based recognition and promotions as a priority at the same rate as baby boomers do, and they cite fairness, transparency and consistency as the top three attributes they want in a boss.  Someone who "recognizes my accomplishments," meanwhile, comes in at only sixth place...

If there's any big takeaway about millennials from IBM's study, it's that they want pretty much the same thing most employees want: an ethical and fair boss, inspirational leadership and the opportunity to move ahead in their careers. Where there were differences, they tended to be relatively small.

And at the risk of sounding cocky -- because I'm as prone to this bias as anyone else is --  I have to say that I wasn't surprised by its findings.  I've worked with teenagers for 28 years, and despite the frequent "kids these days!" and "we never got away with that when I was in school!" grousing I hear from my colleagues, my general attitude has always been that kids are kids.  Despite the drastic differences in cultural context between today and when I started teaching, there have always been lazy kids and hard-working kids, motivated kids and unmotivated kids, entitled kids and ones who accepted responsibility for their own failings.  The stuff around us changes, but people?  They remain people, with all of their foibles, no matter what.

The second study hits near to the quick for me.  It revolves around a common perception of atheists as angry ranters who are mad at the whole world, and especially the religious segment of it.  I've been collared about this myself.  "Why can't you atheists be more tolerant?" I've been asked, more than once.  "You just don't seem to be able to live and let live."

But according to a paper soon to be released in The Journal of Psychology, the myth of the angry atheist is just that -- a myth.  The study's authors write:


Atheists are often portrayed in the media and elsewhere as angry individuals. Although atheists disagree with the pillar of many religions, namely the existence of a God, it may not necessarily be the case that they are angry individuals.  The prevalence and accuracy of angry-atheist perceptions were examined in 7 studies with 1,677 participants from multiple institutions and locations in the United States.  Studies 1–3 revealed that people believe atheists are angrier than believers, people in general, and other minority groups, both explicitly and implicitly.  Studies 4–7 then examined the accuracy of these beliefs.  Belief in God, state anger, and trait anger were assessed in multiple ways and contexts.  None of these studies supported the idea that atheists are particularly angry individuals.  Rather, these results support the idea that people believe atheists are angry individuals, but they do not appear to be angrier than other individuals in reality.

Of course, there's a logical basis to this stereotype; it's the militant ranters who get the most press.  And not only do the angry individuals get the greatest amount of publicity, their most outrageous statements are the ones everyone hears about.  It's why, says Nicholas Hune-Brown, the public perception of Richard Dawkins is that he's the man who "seems determined to replace his legacy as a brilliant evolutionary biologist with one as 'guy who’s kind of a dick on Twitter'"

Once again, we should focus on the outcome of the study -- that atheists are no more likely to be angry than members of other groups.  It isn't saying that there aren't angry atheists; it's saying that there are also angry Christians, Muslims, Jews, and so on.  The perception of atheists as more likely to be intolerant and ill-tempered is simply untrue. 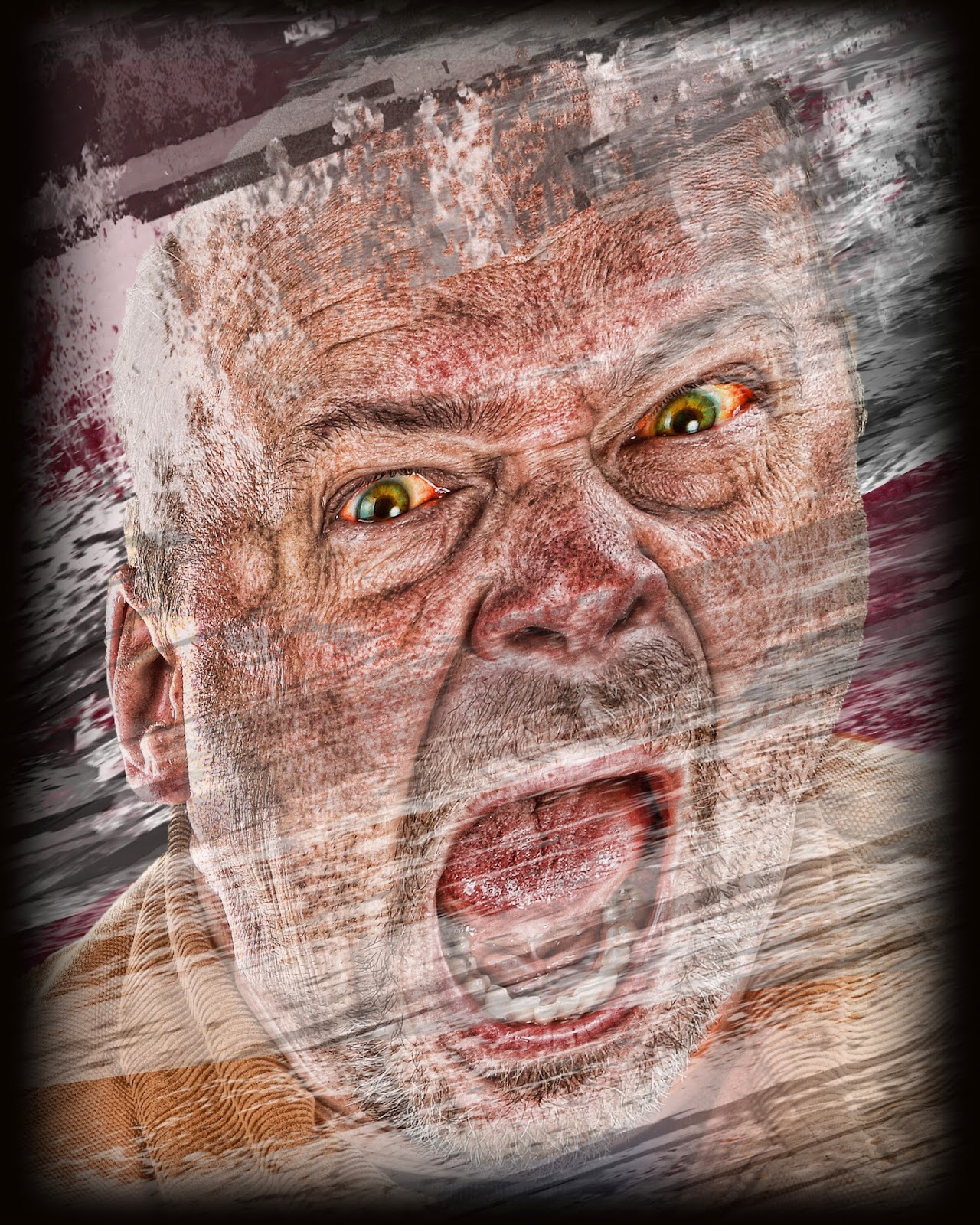 [image courtesy of photographer/artist Emery Way and the Wikimedia Commons]

So back to my original point.  It behooves us all to keep in mind that what we assume to be true may, in fact, not be.  How many times do we all overgeneralize about people of other political parties, religions, genders, gender preferences, even appearance and modes of dress?  It's easy to fall into the trap of saying "All you people are alike," without realizing that what seems like an obvious statement of fact is actually bigotry.

It may be impossible to eradicate this kind of bias, but I'll exhort you to try, in your own mind, to move past it.  When you find yourself engaging in categorical thinking, stop in your tracks, and ask yourself where those beliefs came from, and whether they are justified.  And, most importantly, whether there is any hard evidence that what your brain is claiming is true.

And if the answer to either of the latter questions is "No," then take a moment to suspend your certainty.  Look at the people you'd been judging without needing to make a judgment.  Get off the moral high ground.  I think you'll find that empathy and tolerance are, in general, a far better perspective from which to view the world.
Posted by Gordon Bonnet at 3:00 AM