Two news stories I came across this weekend are mostly interesting in juxtaposition.

First, a paper in the Journal of Advertising, by Ioannis Kareklas, Darrel Muehling, and T. J. Weber of Washington State University, tells a frightening but unsurprising story.  Their study shows that people who are presented with data about vaccination safety are more likely to consider online comments from random individuals as credible than they are information from institutions like the Center for Disease Control. 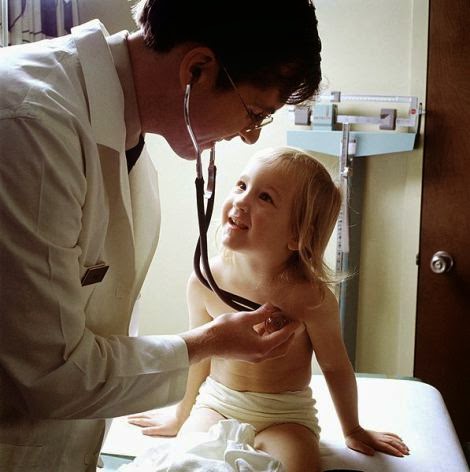 Here's how the experiment was set up:


Participants were led to believe that the pro-vaccination PSA was sponsored by the U.S. Centers for Disease Control and Prevention (CDC), while the anti-vaccination PSA was sponsored by the National Vaccine Information Council (NVIC). Both PSAs were designed to look like they appeared on each organization's respective website to enhance validity.

The PSAs were followed by comments from fictitious online commenters who either expressed pro- or anti-vaccination viewpoints. Participants weren't told anything about who the commenters were, and unisex names were used to avoid potential gender biases.

The researchers then presented participants with a questionnaire to determine how (or if) their views on vaccination had changed.

"The results kind of blew us away," said Kareklas in a press release.  "People were trusting the random online commenters just as much as the PSA itself."

Which, as I said, is disheartening but unsurprising, given that people like Jenny McCarthy are the public version of a Random Online Commenter.

Kareklas et al. followed this up with a second study, to see if the commenters were believed even more strongly if they were identified as doctors (as opposed to one of two other professions).  The commenters who were self-identified doctors had an even stronger effect -- i.e., they outweighed the CDC information even more.

And this brings me to the second story, which comes out of Kansas -- where a bill has been introduced into the legislature that would prevent professionals from mentioning their titles or credentials in opinion articles and letters to the editor.

The story about how House Bill 2234 was introduced is interesting in and of itself.  The bill was offered into committee by Representative Virgil Peck (R-Tyro), but Peck initially denied having done so.

"I introduce bills in committee sometimes when I’m asked out of courtesy," Peck said.  "It’s not because I have any skin in the game or I care about it.  I’m not even sure I introduced it, but if he said I did, I did."

Our leaders, ladies and gentlemen.  "Not even sure" what bills they introduce regarding issues they don't care about.

While on the one hand, the Kareklas study does point out the danger -- if someone thinks you're a doctor (for example), they're more likely to be swayed by your comments even if you're wrong -- in what universe is the public better off not knowing the background of the person whose words they're reading?

Representative John Carmichael (D-Wichita) nailed it.  With regards to the bill, he said, "If you are in fact a professor at The University of Kansas, that is part of your identity and part of your resume.  To muzzle an academic in identifying him or herself, and their accomplishment, not only does it have the effect of denying them their right to free speech, it also denies the public the right to understand who is commenting and what their, perhaps, bias or interest might be."

And that last bit is the important part.  My views on education -- which I throw out frequently and often vehemently -- are clearly affected by the fact that I'm a public school teacher.  Whether that makes me more or less credible would, I suppose, depend on your viewpoint.  But how on earth would you be better informed by not knowing what my profession is, by having less information with which to evaluate what I've said?

The Kareklas study and the bill introduced by Virgil "What Bill Did I Just Introduce?" Peck highlight one tremendously important thing, however; the general public is incredibly bad at critical reading.  One of the most important things you can do, when you read (or listen to) media, is to weigh what's being said against the facts and evidence, and consider the possibility of bias and appeal to authority.  The Kareklas study shows that we're pretty terrible at the former, and the Kansas bill proposes to eliminate our ability even to attempt the latter.

All making it even more important that children be taught critical thinking skills.  Because if adults don't consider information from the Center for Disease Control to have more credibility than opinions coming from an online commenter, there's something seriously wrong.
Posted by Gordon Bonnet at 2:30 AM