I begin the unit on ethics in my Critical Thinking class today.  I always look forward to this; it seems to me to be the heart of the curriculum.  And one of the many questions we wrestle with is what the difference is (or whether there is a difference) between the words ethical, moral, justifiable, legal, and right.

It's the legal one I've been thinking about this morning, especially apropos of the action taken by the New York State legislature last week.  They rubber-stamped Governor Andrew Cuomo's budget -- which means, among other things, accepting his mandates about public education, including tying 50% of a teacher's numerical evaluation score to his/her students' performance on a single standardized test, and requiring that observations by administrators be done by individuals from outside the school (i.e., not the teacher's own principal or supervisor).

I've already explained, in some detail, why I think this is a terrible idea.  To recap as succinctly as possible: standardized tests don't measure much of anything other than your ability to take standardized tests; it makes our state's education system beholden to multi-million-dollar exam-prep firms like Pearson Education; it does not account for variables such as differences in funding and poverty level; it does not differentiate between teachers who teach classes that nearly everyone passes the assessment for (such as AP classes) and ones where nearly everyone does not (such as 15/1 special education classes); and it puts administrators in the tough place of evaluating teachers they don't know teaching curricula they have not overseen.

Despite all of the flaws, we now are looking at this evaluation system being used to determine tenure and retention -- and, ultimately, as a tool to revoke tenure for established teachers.

But none of that apparently mattered.  The legislature caved and passed the budget, and its ancillary requirements for schools, by an overwhelming margin, even though some of the members apparently hadn't read what they were voting on.  Assemblywoman JoAnne Simon said, after its passage, "The budget adopted by the Senate and Assembly and signed by the Governor no longer links teacher performance evaluations to standardized test scores and outside evaluators," a statement that in complete cluelessness ranks right up there with Michigan Representative Joe Forbes's famous comment, "Mr. Speaker, what bill did we just pass?"

But if you've been reading my blog, you know all of that.  The question is, what do we do now?

And this is when we run into conflicts with defining the words I'm going to be throwing at my Critical Thinking classes this week.

Because I believe it's time for a little civil disobedience. 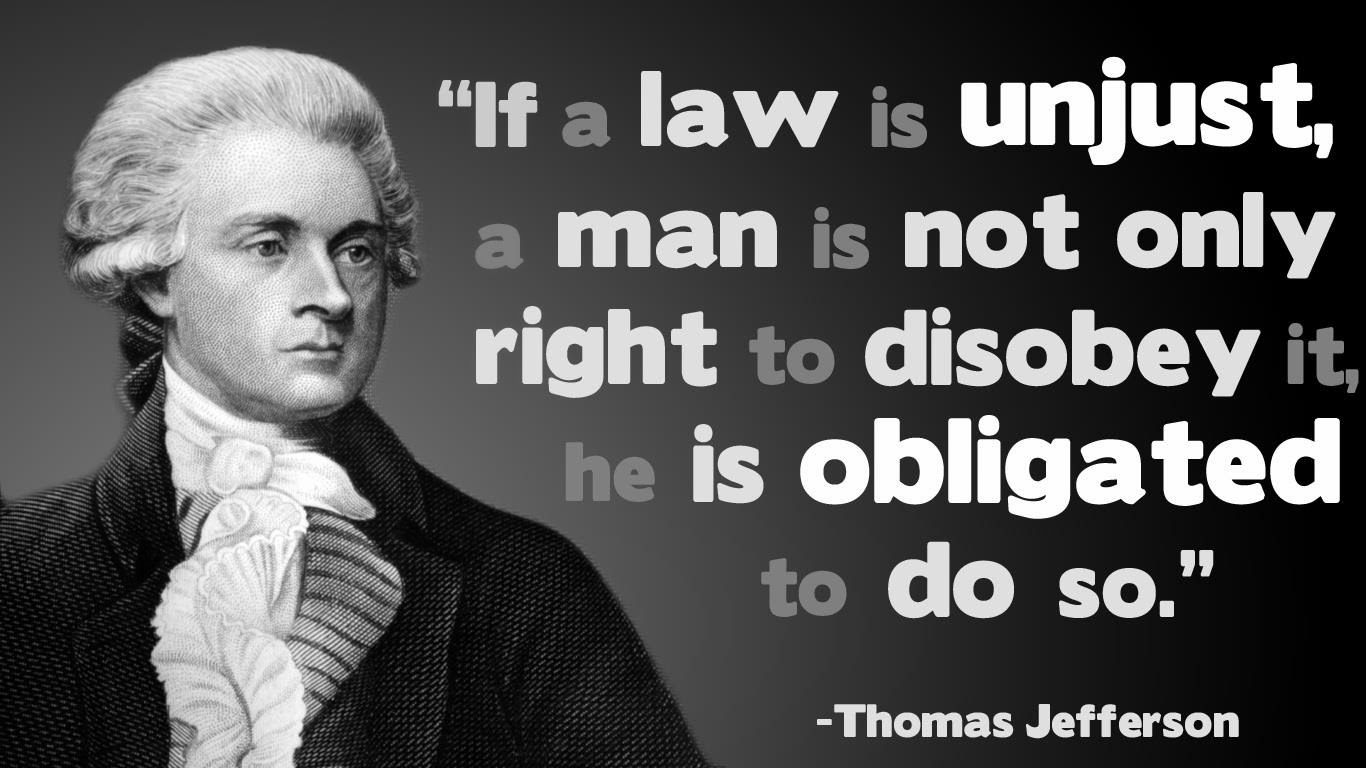 Schools are mandated by the state to give standardized tests.  Different ones, depending on the state, but all state Departments of Education require students to sit for some battery of exams each year.  Here in New York, we have various reading and mathematics exams in elementary and middle school, and in high school the subject-specific "Regents exams."  And what I'm going to suggest puts me (as an employee of a public school) in the realm of doing something dubiously ethical, and the school district (should it get involved in an official capacity) in downright illegal territory:

We need to have students opt out of all state-mandated exams.

Not just a few students, and not just a few exams.  Not only the low-stakes ones, the ones not tied to grades, like the elementary reading assessments.  All of the state-mandated exams.  If the State Department of Education is going to use exam data to evaluate teachers in a way that nearly everyone who's analyzed it thinks is completely specious, then we should give them no data to work with.

Of course, it's the parents who have to be on board to do that; it's their children who are the ones who will be affected.  But well-reasoned discussion and polite protest and letter-writing campaigns had exactly zero effect.  This is the point where we need to raise the stakes.

What if we threw an exam, and no one showed up?

Maybe it's time we find out.  If Governor Cuomo and his lackeys in the legislature want to destroy public education -- and by this time, it is apparent to me that this is their goal -- then we need to blunt their weapon.

We're heading into testing season, starting with the grades 3-8 English/Language Arts exams starting the week of April 13th, and the grades 3-8 Mathematics exams the week after that.  So I'm making an appeal: parents, keep your kids home.  All kids.  Opt right the hell out.  If the school contacts you and asks why your child missed the exam, tell them (s)he was sick.  If they offer to reschedule it, tell them your child will be sick that day, too, I'm ever so sorry.

Is it risky?  Sure.  But the result of doing nothing is riskier; losing talented teachers from "failing schools" because they are being penalized for teaching disadvantaged children, unfairly targeting teachers of remedial or special education classes, discouraging young, intelligent, and energetic college students from pursuing a career in education because it's simply too insecure.  Ask yourself how else we are going to make a point to a governor who seems bound and determined to destroy the foundations of public education.

Think about it.  If there's a better way, go for it.

But if not: keep your kids home.  Let the empty seats speak for us, and then see what he does.

Ball's in your court, Cuomo.

NOTE:  For anyone who is interested in opt-out information, including a downloadable refusal letter for parents, go here.
Posted by Gordon Bonnet at 1:24 AM